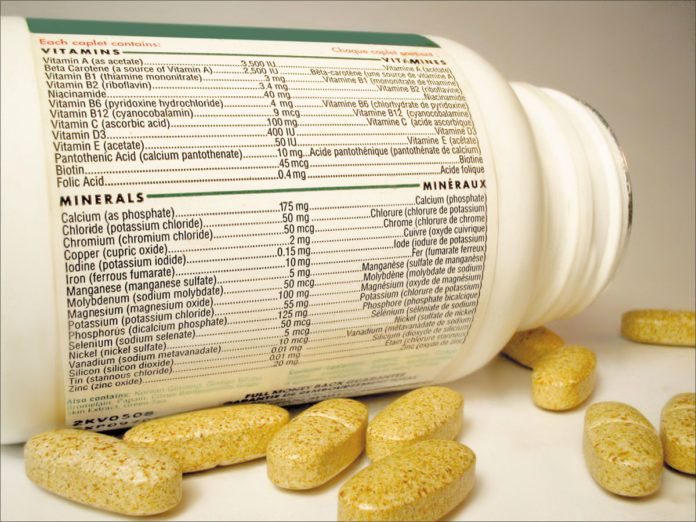 That TV-commercial couple might be smiling a little less these days. A new finding from the same study reports no benefit from a daily multivitamin against cognitive decline. Another study says multivitamins were no better than placebo in protecting patients whove suffered a heart attack. In a draft report, the US Preventive Services Task Force recently concluded that theres not enough evidence to tell whether supplements, including multivitamins, reduce the average persons risk of cancer or heart disease. And in an editorial accompanying the two studies, five experts stated flatly, Evidence is sufficient to advise against routine supplementation, and we should translate null and negative findings into action.… Enough is enough.

Are the estimated 40% of American adults who take a daily multivitamin simply wasting their money? Irwin H. Rosenberg, MD, editor of the Tufts University Health & Nutrition Letter, says, Seven decades after we learned to synthesize vitamins and package them as multivitamins for insurance against nutritional shortfalls, we still too often define our nutritional status in terms of what vitamin supplements we use. Over and over again, weve seen that obtaining nutrients from supplements does not confer the same benefits as consuming a well-chosen diet.

NO BRAIN BENEFIT: Both new studies were published in the Annals of Internal Medicine. One looked at data from the Physicians Health Study II, which had previously shown a modest reduction in cancer risk associated with multivitamin use-but no protection against cardiovascular events (not mentioned by those TV ads). This analysis focused on cognitive function, combining five tests of global cognitive function as well as testing verbal memory. Participants were 5,947 men, average age 71.6, who were randomly assigned to either a daily multivitamin or a placebo.

Over an average follow-up of 8.5 years, changes in mental function were no different in the multivitamin group than those taking a placebo. Researchers Francine Grodstein, ScD, of Brigham and Womens Hospital in Boston, and colleagues concluded, These data do not provide support for use of multivitamin supplements in the prevention of cognitive decline.

They noted, however, that multivitamins may have other benefits, such as the previously reported association with cancer risk. Moreover, since the study focused on physicians, who tend to have healthy diets and be well-nourished, the multivitamins may not have made much difference in their overall nutrient status. Grodstein added that she thinks there is room for more research, although she conceded the challenges of such studies: We dont and probably never will have randomized trial data over decades.

CASE CLOSED?: The second new study, led by Gervasio Lamas, MD, of Mount Sinai Medical Center in Miami Beach, focused on patients who had previously suffered a heart attack. Data came from the TACT study, conducted at 134 centers across the US and Canada, and involved 1,708 mostly male patients, average age 65.

The study looked at total deaths, cardiovascular deaths, recurrent heart attacks, stroke, coronary revascularization and hospitalization for angina. After an average follow-up of 4.6 years, there was no significant difference between patients randomly assigned to a daily multivitamin or placebo, either overall or for any specific measure. Nor was there any evidence of harm from taking the multivitamins, with only a slightly higher rate of adverse events among that group.

In the editorial accompanying the two studies, Eliseo Guallar, MD, DrPH, of the Johns Hopkins Bloomberg School of Public Health, and colleagues interpreted the dual findings as the nail in the coffin for supplement use: Other reviews and guidelines that have appraised the role of vitamin and mineral supplements in primary or secondary prevention of chronic disease have consistently found null results or possible harms.… The message is simple: Most supplements do not prevent chronic disease or death, their use is not justified, and they should be avoided. This message is especially true for the general population with no clear evidence of micronutrient deficiencies, who represent most supplement users in the US and in other countries.

The unusually blunt editorial continued, Although available evidence does not rule out small benefits or harms or large benefits or harms in a small subgroup of the population, we believe that the case is closed-supplementing the diet of well-nourished adults with (most) mineral or vitamin supplements has no clear benefit and might even be harmful.

The Natural Products Association, a supplements trade organization, reacted with shock to what they termed an attack on their $30 billion industry. Our members market and sell their products in order to assist people to achieve a healthier lifestyle, a spokesman said.

EVIDENCE LACKING: A few days before, the US Preventive Services Task Force (USPTF) had dealt an only somewhat softer blow to the supplement industry. In a draft of an update to its 2003 advice, the USPTF found inadequate evidence to recommend either for or against vitamin and mineral supplementation, including multivitamins, for the primary prevention of cardiovascular disease or cancer. The task force is an independent, volunteer panel of national experts that makes reports to Congress; its expected to issue its final report on supplements later this year.

The recommendations apply to healthy adults without nutrient deficiencies. The draft also reaffirmed advice against beta-carotene supplements, because of lack of benefit and evidence of increased lung-cancer risk among smokers, and added a recommendation against vitamin E supplements. There is a clear lack of benefit, according to the expert panel, for vitamin E against either cardiovascular disease or cancer.

Despite findings from two trials, including the Physicians Health Study II, showing a slightly lower risk of cancer among men taking multivitamins, the USPTF said the evidence wasnt strong enough to recommend the pills for cancer prevention.

Stephen P. Fortmann, MD, of the Kaiser Center of Health Research, who led the USPTF evidence review, told the New York Times that vitamin purchasers may be throwing their money away. He added, Dont think it makes up for a bad diet, that you can eat a lot of fast food and then take a bunch of supplements. Thats not a good idea.

TOO LITTLE, TOO MUCH: Only a handful of individual supplemental nutrients have been shown in rigorous testing to have real benefits, including some that certain people cant obtain adequately from dietary sources. These include the AREDS formula of antioxidants for people at risk of macular degeneration, folic acid for pregnant women to prevent spina bifida and other neural-tube defects in their children, and synthetic vitamin B12 (as a supplement or in fortified foods) for older adults who dont produce enough stomach acid to separate natural B12 from food. Some people, especially premenopausal women, may also need extra iron. In their editorial, Dr. Guallar and colleagues single out vitamin D as another supplement on which the jury is still out.

Tufts Dr. Rosenberg explains, Targeted individual vitamin supplements have established benefits for those with diseases or conditions which impose special nutrient requirements. These benefits are usually achieved by doses higher than those in multivitamin supplements.

Multivitamins may help supply these nutrients, but more often they dont contain enough-and in the case of folic acid may add up to too much. Heres a look at each:

– Antioxidants for eyes-Clinical-trial data from the Age-Related Eye Disease Study (AREDS) supports a formulation of 500 milligrams (mg) of vitamin C, 400 International Units (IU) of vitamin E, 10 mg lutein, 2 mg zeaxanthin, 80 mg of zinc as zinc oxide and 2 mg of copper as cupric oxide for those at risk for age-related macular degeneration (AMD)-the leading cause of blindness among older Americans. Most multivitamins contain much lower amounts of these nutrients. Even multivitamins sold as specially formulated for vision health are mostly inadequate for obtaining the proven amounts. (Compare, for example, one leading brand that delivers only 90 mg vitamin C, 60 IU vitamin E and 15 mg of zinc.)
– Folic acid-While vital for women who are or might become pregnant, folic acid (the supplement form of folate) in excess might enhance the risk of cancer, according to research by Tufts Joel Mason, MD. The amount in a typical multivitamin (about 400 micrograms) isnt enough to exceed the 1,000 mcg upper limit set by the Institute of Medicine. But Dr. Mason cautions that combining a multivitamin with fortified cereal or energy bars, plus a B-complex supplement, could put someone at risk.
– Vitamin B12-Most multivitamins deliver 10 times or more of the daily recommended 2.4 mcg of vitamin B12; theres no danger to getting extra, but no proven benefit, either. Older adults at risk of deficiency can easily obtain enough synthetic B12, which is more readily absorbed, from fortified cereal and other fortified foods or from supplements.
– Iron-While premenopausal women often need extra iron, the recommendation for women over 50 and adult men is only 8 mg daily. Multivitamins formulated for older adults typically omit iron-check the label-because of the risk of iron overload.
– Vitamin D-Essential for bone health, vitamin D can be difficult to obtain in adequate amounts from food alone. With age, the body also loses some of its natural ability to make vitamin D in the skin from sun exposure. The 400 IU in a typical multivitamin might be just what you need to tip the scales, but most studies showing a bone-health benefit from supplemental vitamin D have tested higher amounts.

Before you decide to take a daily multivitamin, just in case, check the Supplement Facts label carefully and consider any other supplements and fortified foods you consume. More of any individual nutrient isnt necessarily better, and may not even be safe. Make sure your physician knows about what supplements youre taking, and discuss any health concerns before counting on a multivitamin as a cure-all.