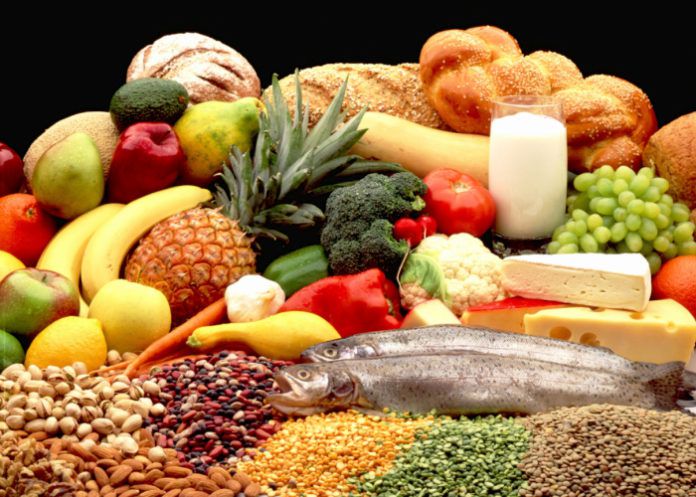 New research suggests this often-overlooked mineral may be more important to your health than previously thought.

Magnesium has long been the Rodney Dangerfield of minerals that your body needs to stay healthy-not always getting the respect it deserves. Most Nutrition Facts panels dont bother to list magnesium. Even some foods high in magnesium, such as oatmeal and beans, often omit this information on their nutrition labels. While minerals like calcium and iron hog the spotlight, more Americans fall short in getting adequate magnesium than any other mineral, according to a recent analysis of national nutrition surveys.

Yet emerging science is putting magnesium in the limelight as important to bone health, preventing heart disease, warding off gallstones and possibly reducing the risk of diabetes. And the public seems to be paying attention: While its best to get magnesium from foods-and magnesium-rich foods like leafy greens and whole grains have plenty of other health benefits-sales of supplements containing the mineral jumped more than 20% in the US in 2011 compared to 2010. Beverage manufacturers have also started taking an interest in magnesium as an addition to their products, primarily for its bone-health benefits.

It was magnesiums possible role in preventing cardiovascular disease, however, that recently grabbed headlines, with two new population studies linking higher magnesium intake to lower risks of death from heart disease and incidence of stroke.

A Japanese study of 58,615 people over almost 15 years, published in Atherosclerosis in April, reported that those with the highest magnesium intake were 50% less likely to die from heart disease. Similar protective associations were seen for individual cardiovascular events, including stroke, and coronary heart disease. The Japanese subjects were initially healthy and ranged in age from 40 to 79 at the start of the study.

In a refrain common to studies of magnesium, however, the scientists cautioned that its hard to separate the health effects of the mineral from the other nutrients typically accompanying magnesium in food: It was difficult to determine whether the cardioprotective effects observed in this study were attributed repeatedly to dietary magnesium, calcium or potassium intake. However, in the present study, reduced mortality from coronary heart disease, heart failure and total cardiovascular disease associated with dietary magnesium intake was maintained after dietary calcium intake was taken into account.

In the second study, published late last year in the American Journal of Clinical Nutrition, scientists at Swedens Karolinska Institute analyzed magnesium intake and stroke risk in seven prior studies. The analysis pooled data on 241,378 participants, among whom 6,477 cases of stroke were recorded. For every 100 milligrams of additional daily magnesium intake, relative risk of stroke was 8% lower. The association was seen only with ischemic stroke, the most common type.

Alice H. Lichtenstein, DSc, director of Tufts HNRCA Cardiovascular Nutrition Laboratory, says, Types of diets that are high in magnesium are consistent with diets associated with lower risk of chronic diseases, whether it be heart disease, diabetes or cancer. From the available data, however, it is difficult to separate out the independent effect of magnesium from that of the other nutrients plentiful in diets rich in green vegetables, whole grains, low-fat dairy products, beans, nuts and seeds. Until further data emerge, the best advice is to consume such diets and not assume taking a magnesium supplement will fix a less than optimal diet.

Busy in Your Body

Despite its lack of respect until recently, magnesium is actually the fourth most-abundant mineral in the human body. About half of the bodys magnesium is found in bones, with the rest mostly distributed inside cells of organs and tissues. Although only 1% of the bodys magnesium circulates in the blood, maintaining the proper level of the mineral there is an important function. The small intestines extract magnesium from the food you eat, while extra magnesium is excreted through the kidneys.

Your body needs magnesium for more than 300 different biochemical reactions. Magnesium is important to the functioning of muscles and nerves, keeping your heart rhythm steady and your blood pressure controlled, energy metabolism, synthesizing proteins, regulating blood sugar and maintaining your immune system to fight disease. Part of magnesiums role in bone health appears to involve affecting how the body uses calcium and the hormones that regulate calcium.

As you get older, the risk of magnesium deficiency increases-and not only because older adults tend to consume less magnesium in the diet. With age, the bodys ability to absorb magnesium from food tends to decrease, while loss of magnesium through the kidneys may increase. Older people are also more likely to take medications that can interact with magnesium. According to the National Institutes of Health, medications that may interfere with magnesium absorption and increase the risk of deficiency include:

The US Food and Drug Administration (FDA) has warned that long-term use of proton-pump inhibitor (PPI) medications, which reduce stomach acid to treat conditions such as gastroesophageal reflux disease and ulcers, can lead to low magnesium levels. The FDA specifically cautioned about prescription PPIs used for longer than one year, including Nexium, Dexilant, Prilosec, Zegerid, Prevacid, Protonix, AcipHex and Vimovo. Over-the-counter PPIs, including some of the same brand names, are not thought to lower magnesium levels if used as directed for short durations.

Other people at higher risk of magnesium deficiency include those with chronic malabsorption conditions such as Crohns disease, poorly controlled diabetes and alcoholism.

Most people can get enough magnesium by eating a healthy diet with a variety of foods. Choose whole grains when buying bread, pasta or cereal, because the process of refining grains such as wheat strips away the magnesium- rich germ and bran. The green color of leafy greens such as spinach indicates a good source of magnesium, which is a component of the chlorophyll molecule that gives green plants their color. Other foods high in magnesium include beans, peas, nuts and seeds, and white potatoes. Modest sources of magnesium include low-fat dairy products, bananas, avocadoes and fish.

The Recommended Dietary Allowance (RDA) for men over age 30 is 420 milligrams daily and for women over 30 is 320 milligrams. Younger people need slightly less and children need even less, except for girls ages 14-18 (360 milligrams).

A woman striving to get 320 milligrams of magnesium in her diet could roughly reach that goal by eating a bowl of whole-grain cereal, snacking on an ounce of nuts such as almonds or cashews, including a spinach salad with some veggies in her lunch, and consuming the recommended three servings of low-fat dairy products, such as milk. Add a serving of beans and a peanut butter sandwich on whole-wheat bread and youd reach the higher RDA for a man.

Science is still exploring the varied health benefits of magnesium-and such studies often struggle with teasing out magnesiums effects from those of the nutrient-rich foods it comes in. Among the possible benefits being researched are:

Reducing the risk of cardiovascular disease-Even before the two latest studies, other observational studies had associated higher magnesium levels with lower risk of coronary heart disease and stroke. Magnesium may also protect against abnormal heart rhythms. Several small clinical trials have suggested magnesium supplementation could improve outcomes in patients with heart disease. (Note that people with kidney disease, who may not be able to excrete excess magnesium, should not take magnesium supplements unless prescribed by a physician.)

Controlling blood pressure-Population studies have linked higher magnesium intake to lower risk of high blood pressure. Results are not consistent, however: The six-year Atherosclerosis Risk in Communities (ARIC) Study of 8,000 adults initially free of hypertension found that hypertension risk decreased with higher magnesium in women, but not in men. But a four-year study of hypertension and diet among 30,000 US male health professionals did find that foods high in magnesium, as well as potassium and dietary fiber, were linked to a lower risk.

Boosting bone health-Several studies have found that magnesium supplementation improves bone density, especially in older adults. In the diet, though, its again difficult to separate magnesiums possible bone benefits from those of calcium and vitamin D. The National Institutes of Health cautions, Diets that provide recommended levels of magnesium are beneficial for bone health, but further investigation on the role of magnesium in bone metabolism and osteoporosis is needed.

Lowering diabetes risk-Although this is one of the most-studied possible benefits of magnesium, proof of a protective effect against diabetes remains elusive. Its known that magnesium plays a key role in the bodys metabolizing of carbohydrates, and may also affect insulin levels. Not surprisingly, then, the Nurses Health Study and Health Professionals Follow-up Study of more than 170,000 women and men found that those with lower magnesium intake were more likely to develop type 2 diabetes. Similarly promising results came from the Womens Health Study and Iowa Womens Health Study. But the ARIC study failed to find any link between magnesium and diabetes risk. Small clinical trials have shown similarly contradictory results.

Combating metabolic syndrome-A cluster of symptoms that can lead to heart disease as well as diabetes, metabolic syndrome may be less likely in people with greater magnesium intake. The 15-year Coronary Artery Risk Development in Young Adults (CARDIA) study, which tracked 4,637 men and women initially ages 18 to 30, reported that those with the highest magnesium intake were 31% less likely to develop metabolic syndrome than those with the lowest intake. Preventing gallstones-Data from the Health Professionals Follow-up Study also showed that men who got adequate amounts of dietary magnesium were 32% less likely to develop gallstones than their magnesium-deficient peers. Thats likely because magnesium facilitates emptying of the gallbladder.

Given all these frontiers of research, expect to see more about magnesium in future headlines. In the meantime, make sure you give this mineral the healthy respect it deserves in your diet.