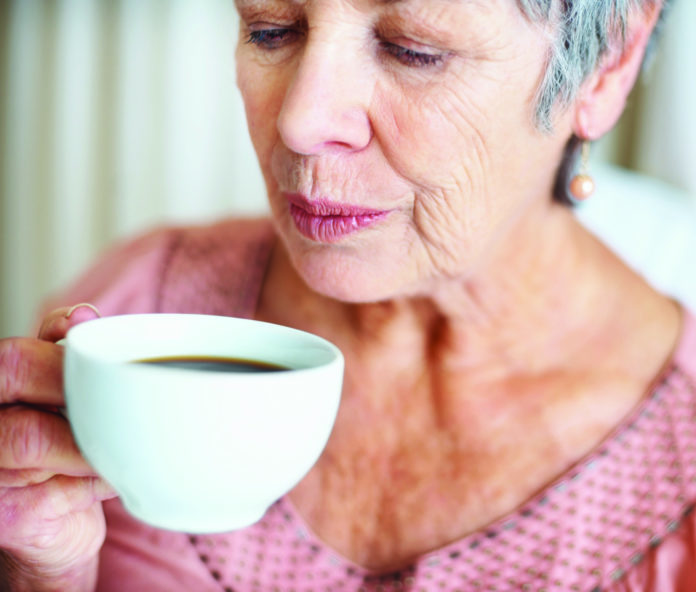 The United States lags far behind such famously tea-drinking countries as Britain, China and Japan in per capita tea consumption-drinking less than one-fifth as much tea as the British, for example. But Americans may need to start steeping and sipping more if we want to be healthier.

“If theres anything that can confidently be communicated to the public, its the strong association of tea drinking with a lower risk of common chronic diseases, particularly heart disease, and the demonstration of that benefit through clinical trials,” says Jeffrey B. Blumberg, PhD, director of Tufts HNRCA Antioxidants Research Laboratory and chair of the Fifth International Scientific Symposium on Tea and Human Health. The symposium, held at the US Department of Agriculture in Washington, DC, spotlighted new evidence of the health benefits of tea, ranging from preventing osteoporosis to improving digestion. Other new studies have recently linked tea consumption to lower incidence of some cancers and reduced risk of functional disability.

Why is tea so good for you? All types of tea made from the leaves of the Camellia senensis plant (see box next page), while varying in their nutritional profiles, contain antioxidant compounds called flavonoids. “About one-third of the weight of a tea leaf is flavonoids, which is high, especially when you consider that they are accompanied by virtually no calories,” Blumberg explains. “There are a lot of related flavonoids in fruit and vegetables, but many people arent consuming the amount of flavonoids in their diets as are being found necessary to promote health. Another way to get them is tea. A cup of tea is like adding a serving of fruit or vegetables to your diet.”

BLOOD-PRESSURE BENEFITS: A small study presented at the symposium added to the evidence that all those flavonoids are good for your heart. Men with high blood pressure who drank just one cup of black tea daily saw lower systolic and diastolic blood pressure levels-even when they ate a meal of fatty, sugary foods, which tend to constrict blood vessels and boost blood pressure.

“If we were able to reduce blood pressure just slightly and shift the entire population to a lower blood pressure,” Blumberg says, “that would have a significant impact in terms of reduced numbers of people with hypertension and its consequences for cardiovascular disease. Small, modest, long-term benefits on blood pressure can be very important from the public-health point of view.”

An earlier meta-analysis published in the American Journal of Epidemiology concluded that drinking three cups of tea daily was associated with an 11% drop in the risk of heart attacks. Other studies have suggested green tea might help improve cholesterol and triglyceride levels.

BETTER BONES, LIVING INDEPENDENTLY: Perhaps surprisingly, drinking tea might also be good for your bones. Another new study, by researchers at Texas Tech University, reported that green tea boosted bone formation in postmenopausal women with low bone mass. Scientists tested 171 women given 500 milligrams daily of green tea polyphenol capsules-the equivalent of about four to six cups of tea. After six months, the women showed indications of improved bone formation and muscle strength, which could reduce the risk of falls and fractures, and a reduction in cell damage from oxidative stress.

Tea drinking could likewise improve your overall ability to live independently-affected not only by osteoporosis but by factors such as stroke and cognitive impairment. A recent Japanese study on “functional disability” published in the American Journal of Clinical Nutrition followed 14,000 older adults for three years. Those who reported consuming five or more cups of green tea daily were only a little more than half as likely to develop functional disability than those drinking less than a cup daily.

BREW FOR YOUR BRAIN: Tea seems to help protect the aging brain in a variety of ways. Cardiovascular effects, of course, also benefit the brain by better blood flow. Animal tests have even shown that tea extracts reduce the damage to the brain from strokes.

Other animal experiments suggest that compounds in tea can help counter the loss of neuronal plasticity-the brains ability to adapt to new inputs-and repair injuries to the brains neurons associated with aging. Green tea may specifically benefit the hippocampus, a part of the brain thats important to memory. In a 2011 study in humans with mild memory impairment, daily supplements of green tea extract plus L-theanine (an amino acid unique to tea) over four months improved memory and mental alertness compared to a placebo. Most recently, a study using functional MRI scans found that green tea extract affects activity in an area of the brain key to memory processing.

Could tea even help protect against or slow the progression of Alzheimers disease? Researchers have shown that tea compounds bind to the beta-amyloid proteins associated with Alzheimers.

Scientists followed 69,310 women who didnt smoke or drink alcohol for an average of 11 years, during which 1,255 digestive-system cancers were diagnosed. Overall, regular tea intake (mostly green tea) was associated with a reduced risk of these cancers, primarily colorectal and stomach/esophageal cancers. Among women who averaged more than two or three cups of tea daily, the risk of all digestive-system cancers was 21% lower. The reduction in risk was even better with higher tea consumption and more years of drinking tea.

Its possible to get too much of a good thing, especially if youre sensitive to caffeine. But tea contains only about half the caffeine of coffee, and most of teas benefits can be derived from decaffeinated teas (though some of the flavonoid content is lost in the decaf process).

For most people, Blumberg says, “If you dont drink tea, you should start. Its really delicious. Its convenient. And it has zero calories.”