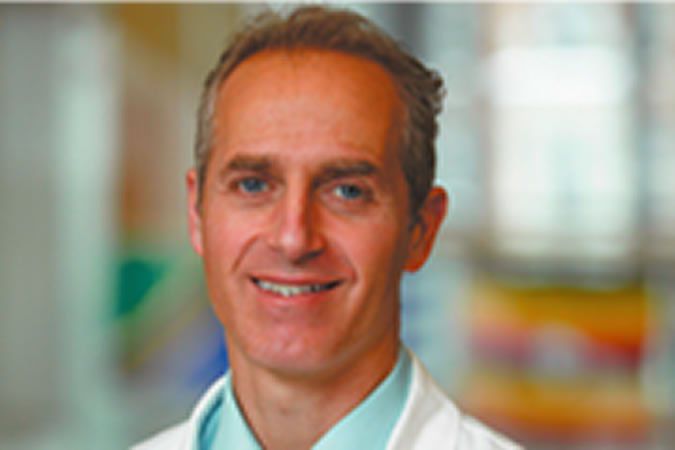 If youre worried about getting too much sodium from salt in your diet, a new globe-spanning study reports you should have company among 99% of the worlds population. Daily sodium consumption in the 66 countries studied averaged 3,950 milligrams-nearly twice the maximum recommended by the World Health Organization (WHO). That excess sodium intake, researchers estimated, contributes to about 1.65 million deaths a year worldwide from cardiovascular causes.

Thats remarkably high-almost 1 in 10 of all cardiovascular deaths around the world, says lead author Dariush Mozaffarian, MD, DrPH, dean of Tufts Friedman School of Nutrition Science and Policy. These findings highlight both the tremendous disease burdens caused by sodium but also the incredible opportunities for prevention. Our results should inspire both the food industry and policymakers to take rapid and decisive actions to reduce sodium in the food supply.

The findings, published in the New England Journal of Medicine, come as the US Food and Drug Administration is weighing voluntary guidelines on sodium reduction for food manufacturers and restaurants. Its estimated that 80% of the sodium in the American diet comes from processed, packaged and restaurant foods, rather than being added by consumers from the salt shaker during cooking or at the table. But consumers may actually be paying less attention to these important sources of dietary sodium: A new survey by the NPD Group market-research firm reports a slight decrease in the percentage of US consumers trying to cut down on dietary sodium (from 68% in 2010 to 64% in 2013) or using labels to check sodium content (from 41% to 39%).

SURVEYING SALT: To gauge global sodium intake, Dr. Mozaffarian and colleagues examined 205 surveys with data on countries representing 74.1% of the worlds adult population. In a detailed analysis published last year in BMJ, they used statistical techniques to estimate sodium consumption for a total of 187 countries. Overall, 181 of those nations-99.2% of the worlds adult population-had average sodium intake exceeding the WHOs recommended limit. Only Kenya managed a sodium level that would meet the stricter maximum of 1,500 milligrams daily recommended by the American Heart Association.

Of the estimated 1.65 million deaths attributed to excess sodium consumption, nearly equal percentages were due to coronary heart disease (41.7%) and stroke (41.6%), with the rest due to other cardiovascular disease. Globally, 40.4% of these deaths occurred prematurely, defined as in people younger than 70 years of age.

The percentage of cardiovascular deaths linked to sodium was highest in a band stretching from Eastern Europe across Central Asia to East Asia. What seems to be linking those countries, says Dr. Mozaffarian, is that this is the Old Silk Road trade route, where people traveled many distances and needed salt to preserve their food. Even today, this practice of eating foods preserved in salt and thus high in sodium appears to persist.

US consumers can blame food-processing patterns more than tradition for our high sodium intake. According to a 2002 study by the Center for Nutrition Policy and Promotion, the US food supply has 35% more sodium per capita than it did a century ago, because of the increasing popularity of processed foods.

SHOULD YOU WORRY?: Exactly how much sodium in the diet is too much, however, remains controversial, as evidenced by other findings published in the same issue of the New England Journal of Medicine. The Prospective Urban Rural Epidemiology (PURE) study compared estimated sodium intake and clinical outcomes in more than 100,000 people in 17 countries over almost four years-making it the largest study of its kind. Salim Yusuf, MD, DPhil, of McMaster University in Canada, and colleagues looked at sodium in the general population, not just people at high risk of heart disease.

As expected, they reported that sodium intake generally correlates with risk of hypertension. But that association was strongest among older people and those at the highest levels of intake-and not observed at all at low levels. Potassium intake was linked to lower blood pressure and seemed to counter the effects of sodium. These findings were consistent with the results of the study by Dr. Mozaffarian and colleagues.

Surprisingly, another observational analysis of the PURE data also showed that those with the lowest risk of cardiovascular disease or death from any cause were people who consumed about 4,000 milligrams of sodium daily. Thats above recommended levels and represents an amount already consumed by most Americans. On the other hand, people at low sodium intakes were at higher risk-a pattern that researchers called a J-shaped curve. These researchers suggested the findings put a very big question mark over efforts to reduce sodium intake as sharply as some health experts have advocated. Very high sodium intakes, however, were still associated with higher risk of cardiovascular death.

A GRAIN OF SALT: Those controversial findings immediately came under fire. Elliott Antman, MD, president of the American Heart Association, said the association would stick by its recommended maximum of 1,500 milligrams of daily sodium. The AHA has been concerned about the quality of these studies and strongly believes that other types of evidence, particularly the well-documented clinical trial relationship of sodium intake and blood pressure, provide the best scientific basis to guide policy, Dr. Antman added. The bulk of the available evidence to date shows reduced sodium intake is associated with reduced blood pressure, which itself is associated with a reduction in cardiovascular event.

Tufts Dr. Mozaffarian comments, Two of three main findings of the PURE study-increasing blood pressure with higher sodium intake, and higher cardiovascular risk with very high intake-are consistent with our findings as well as prior trials and observational studies. The potential J-shape, or higher risk at low intakes, has been seen before in some, but not other, observational studies, and remains unexplained.

Even the PURE research team agrees that you still need to be smart about your salt intake. In an interview about the findings, investigator Martin ODonnell, PhD, of McMaster University cautioned, The overall message is the importance of a healthy diet pattern [including fruits and vegetables that are high in potassium] and within that, avoiding high salt intake. For high sodium intake… most of the risk is in people who had hypertension at the time they came into the study… and thats the group of people where it is most important to reduce their sodium intake; its likely to be prudent to reduce their intake to the lower end of the range at which we observe the lowest risk of cardiovascular events.

Dr. Mozaffarian advises, Any single study must be interpreted in the context of all prior observational studies, interventional studies, mechanistic and animal experiments, and ecologic studies. The overall evidence still supports harms of sodium intakes above 2,000 milligrams a day. Its time for policy makers to take strong actions to reduce the excess hidden sodium in our foods.