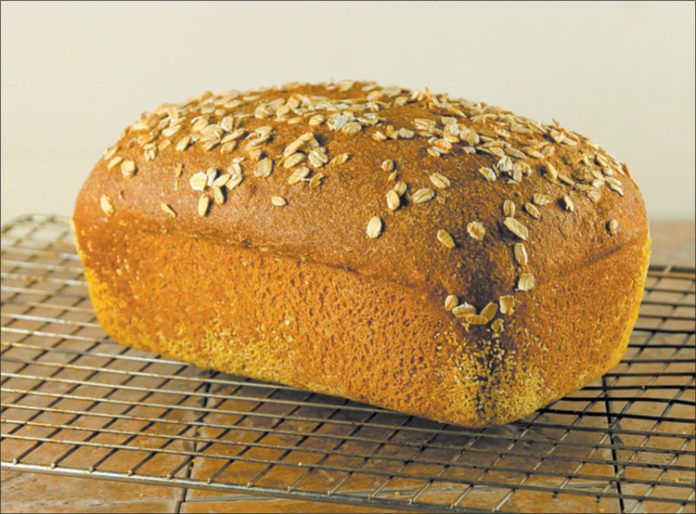 If you believe the bestseller lists, the biggest bad in the supermarket aisles is not fat or sodium or sugar but wheat. Its not just the booming popularity of gluten-free products, which are important for the small percentage of people diagnosed with celiac disease but whose benefits for the general population are questionable. (For a full discussion of the pros and cons of gluten-free products, see our October 2013 Special Report.) Bestselling books have warned that wheat consumption is a key contributor to abdominal fat (wheat belly), as well as triggering diseases ranging from diabetes to autism, and that eating wheat is linked to Alzheimers, depression, headaches, epilepsy and ADHD.

Its true that refined grains including wheat have been stripped of much of their natural nutrition, and that processed carbohydrates-often eaten in mistaken pursuit of a low-fat diet-have contributed to Americas obesity epidemic. But nutrition experts, the American Heart Association and the Dietary Guidelines for Americans all recommend regular consumption of whole grains, including whole wheat. Do the bestselling authors know something that these experts dont?

Americans tend to over-consume refined wheat products-energy-dense, nutrient-poor foods that are high in sugar and fat-so wheat is often a co-passenger, says Nicola Mc­Keown, PhD, an associate professor at Tufts Friedman School and a scientific advisor to the Whole Grains Council. So in this context, cutting out these foods will lead to weight loss. However, the troubling public health message that results from this is that wheat is the culprit. There is a lack of scientific evidence to support the claims that eating wheat is an independent risk factor for greater abdominal adiposity or weight gain. In my opinion, educating consumers about how to identify healthier whole-grain options to replace refined grains and how to incorporate ancient grains into our diets is important.

MODERN TIMES: The term wheat belly was popularized in 2012 by cardiologist William Davis, MD, in his book Wheat Belly: Lose the Wheat, Lose the Weight, and Find Your Path Back to Health. Dr. Davis calls wheat the worlds most destructive dietary ingredient. This attack on the grain that accounts for one-fifth of the worlds food was followed late last year by Grain Brain: The Surprising Truth about Wheat, Carbs, and Sugar-Your Brains Silent Killers, a book by neurologist David Perlmutter, MD, that also hit the bestseller lists. Both doctors have appeared on the Dr. Oz show hosted by cardiologist and medical popularizer Mehmet Oz, MD, and Dr. Perlmutter has even starred in a self-funded special, BrainChange, shown during PBS stations recent pledge drives.

Both authors argue that theres something different about modern wheat consumption. The proliferation of wheat products, according to Wheat Belly, with a 32% jump in consumption since 1970, parallels the increasing prevalence of obesity. (Perhaps more important, however, is the fact that calorie intake has soared during that span without a corresponding increase in physical activity.) Genetically altered wheat, Dr. Davis also maintains, has changed the protein content in the grain and made todays wheat more allergenic as well as addictive.

Similar to claims of the Paleo diet, Grain Brain states that todays high-carb diets run contrary to how human brains evolved: It turns out that humans have never eaten grain. In 99.9% of our time walking this earth we have never eaten grain. In an interview, Dr. Perlmutter explained, Human genes have evolved over thousands of years to accommodate a high-fat, low-carb diet. But today we feed our bodies the opposite way. He advocates eating closer to the ancient ancestral diet that he characterizes as 75% fat, 20% protein and 5% carbs.

But Susan Roberts, PhD, director of Tufts HNRCA Energy Metabolism Laboratory, who has studied such ideas for her book The i Diet and the related group weight-loss program

GUT CHECK: Putting aside such dubious underpinnings, and even ignoring some of the most sensational side issues raised by these wheat-bashing books, what about their core claims? Is it true, as Wheat Belly asserts, that consuming wheat-even whole-grain wheat-contributes significantly to belly fat? Such abdominal fat, surrounding the internal organs, is known to be especially dangerous and is linked to heart disease and diabetes, so this is a serious concern if so. And is it true that modern grains are silently destroying your brain, as Grain Brain claims?

Lets look at the evidence about wheat belly first. According to Tufts McKeown, It is true that many popular weight-loss diets target the grains food group, emphasizing eliminating these foods completely from your diet. If you cut out grains, youll lose weight mostly because you are cutting out calories associated with an energy-rich food group. This is a short-term, effective weight-loss strategy. The long-term sustainability of this approach, however, is questionable, as any one-time low-carb dieter will attest.

She adds, The sources of our carbohydrates matter, as does the food form. Research by McKeown and colleagues found that higher intakes of refined grains are associated with greater visceral adipose tissue (VAT-essentially, belly fat).

But the same 2010 study also found that increasing whole-grain intake was associated with lower VAT in adults. Compared to individuals consuming no whole grains, those consuming at least three daily servings of whole grains (including whole wheat, rice, oatmeal, etc.) had 10% lower belly fat, even after accounting for other dietary and lifestyle factors. That echoed an earlier study by McKeown and colleagues that concluded, Higher intakes of cereal fiber, particularly from whole-grain sources, are associated with lower total percent body fat and percent trunk fat mass in older adults.

Because grains can be high in calories, McKeown and colleagues cautioned, emphasis needs to be placed on the substitution of refined grains with whole grains rather than the addition of whole grains to a diet already high in refined grains. So, yes, cutting back on pastries, snacks and other processed foods that are also sources of sugar and saturated fat is a good idea. But replacing those unhealthy foods with whole grains will help you lose belly fat and control your weight-not pack on a mythical wheat belly.

BRAIN FOOD: The charges about wheats mental effects made in Grain Brain dont stand up to scientific scrutiny any better, according to Cynthia Harriman, director of food and nutrition strategies at the Whole Grains Council. She comments, Grain Brain is a misleading and sensationalist title for a book that distorts current science and contributes, sadly, to public confusion about what constitutes a healthy diet.

Both the DASH dietary plan, designed to combat hypertension, and the so-called Mediterranean diet include grains, she points out, and research has linked both regimens to lower risk of dementia.

In fact, even as Grain Brain was hitting bookstores, scientists at Utah State University and Duke University reported results from an assessment of diet and cognitive function of 3,831 men and women, ages 65 and up, over an 11-year period. Their findings, published in the American Journal of Clinical Nutrition, showed that higher adherence to both the DASH plan and the Mediterranean diet corresponded with better cognitive ability. In particular, the researchers wrote, Whole grains and nuts and legumes were positively associated with higher cognitive functions and may be core neuroprotective foods common to various healthy plant-centered diets around the globe.
That doesnt sound as though grains are actually a terrorist group that bullies our most precious organ, the brain, as Dr. Perlmutter charges.

It is true that high carbohydrate intake seems to be associated with mental decline. In a 2012 study published in the Journal of Alzheimers Disease, for example, scientists reported that people 70 and older who ate the most carbohydrates in relation to protein and fat were at nearly four times the risk of developing mild cognitive impairment than their counterparts eating fewer carbohydrates. Risk similarly rose with a diet heavy in sugar, which Grain Brain also warns against. A study published in 2013 in the New England Journal of Medicine also concluded that higher glucose levels-which can be caused by too many carbs-may be a risk factor for dementia.

But cutting out too many carbohydrates, as in the popular Atkins Diet, may deprive your brain of fuel. In 2009, Tufts researchers found that women on an Atkins-style low-carb diet suffered a gradual decrease in memory performance. Researchers theorized that low-carb diets could have a negative impact on thinking and cognition because the brain doesnt store glucose, its primary fuel, but depends on the bodys production of it from carbohydrates in the diet. Tufts psychology professor Holly A. Taylor, PhD, corresponding author of the study, explains, The brain needs glucose for energy, and diets low in carbohydrates can be detrimental to learning, memory and thinking.

After only a day or two, even the glucose stored by the body is exhausted and must be replenished by food. The recommended dietary allowance (RDA) of carbohydrates is 130 grams, based in part on what the brain needs for fuel.
Dr. Perlmutter also cites Mayo Clinic research he says links gluten, the key protein in wheat, to dementia. But that study looked only at patients with celiac disease, who cant tolerate gluten, and involved just 13 people; the authors called it a possible association.

In an interview in The Atlantic about Grain Brain, David Katz, MD, an epidemiologist and author of a nutrition textbook for health professionals who founded Yales Prevention Research Center, commented about Dr. Perlmutter, Hes absolutely right that we eat too much sugar and white bread. The rest of the story, though, is one just completely made up to support a hypothesis. And thats not a good way to do science.… His book is filled with a whole bunch of nonsense, thats why its a bestseller.

FIBER FACTS: Despite the alarming charges made by these bestselling books-and the subsequent storm of even more sensational claims youll find on the Internet-the best advice on consuming wheat and other grains remains moderation. The American Heart Association recommends getting about 25 grams of fiber daily from food, including six to eight servings of grains, of which at least half should be whole grains. (Wheat Belly calls the associations whole-grains recommendation NONSENSE, absolute, unadulterated, 180-proof, whole-grain nonsense.) The Dietary Guidelines for Americans similarly advise consuming five to eight ounces (or ounce equivalents, such as one slice of bread or half an English muffin) of grain foods daily, with at least half being whole grains.

If you dont eat grains, its difficult to consume enough dietary fiber. The typical gluten-free diet contains only about six grams of dietary fiber per day, far short of the Institute of Medicines target of 25-38 grams daily. Even if you avoid wheat, Dr. Perlmutter maintains that all carbs are toxic-and fiber comes only from carbohydrates.

Fortified foods containing grains, such as breakfast cereals, also make an important contribution to diet quality, and those who eat them are more likely to meet nutrient requirements.

While wheat isnt the bogeyman that these books claim, dont depend on it as your only source of grains. Rather than getting all your whole-grain intake from wheat, advises Tufts McKeown, I would choose a variety of whole grains, including brown rice, oats, quinoa, farro, popcorn and so on.

And when you do choose wheat, make sure that its whole-grain wheat whenever possible. Look for the specific term whole on the label and in the ingredients list, such as whole wheat or whole-grain wheat, and be wary of vague terms such as multi-grain. The Whole Grain Stamp promoted by the Whole Grains Council

Consumed in delicious moderation, its designed to be good for both your belly and your brain.