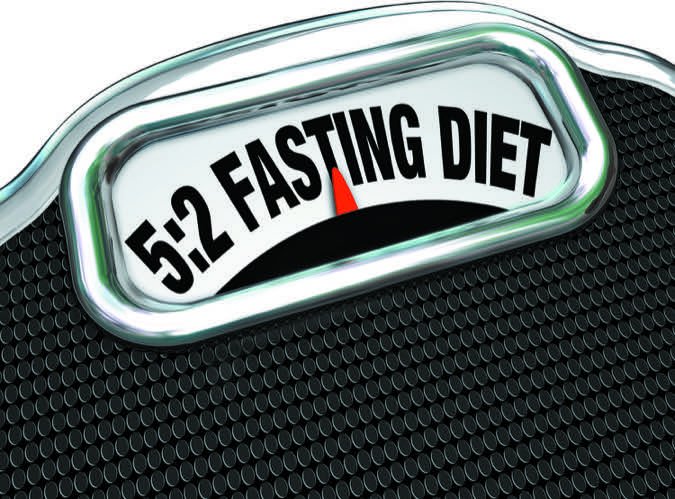 Intermittent fasting is a hot topic among dieters and researchers alike. This weight loss approach is all about forgoing food and caloric beverages for periods longer than a typical overnight fast.

“I think one reason intermittent fasting is popular is that it gives people some structure to help them restrict calories, yet it doesn’t carry the mental strain of having to continuously be on a diet every day like a typical reduced-calorie diet requires,” says Sai Das, PhD, a scientist in Tufts’ HNRCA Energy Metabolism Laboratory.

What It Is: “Fasting is a term that’s used very loosely when referring to intermittent fasting,” Das says. “People aren’t necessarily avoiding all food for days onend. More often, they’re just significantly reducing their calorie intake or abstaining from eating for extended hours of the day or certain days of the week. In between those times, people eat as they normally would.”

“Whether one form of intermittent fasting is more beneficial than another is not certain,” Das adds. Different intermittent fasting regimens typically aren’t compared in the same study. But, certain forms may seem more doable or be more appealing to individuals. And, she emphasizes that regardless of which regimen is followed, it’s important to avoid overcompensating during nonfasting periods. Total calorie intake is still important.

Notably, people may also observe various forms of religious fasting (more commonly for spiritual rather than health reasons). Although there is some evidence to suggest religious fasting may have beneficial effects on weight and chronic disease risk factors, much of the data are observational. And, the available intervention trials are typically small and have no control group for comparison. So, it’s difficult to be certain of their effects.

Weight Impact: Although human trials suggest intermittent fasting can help people lose weight, the trials are mostly small (50 people or less) and last only a few months, says a recent summary in Annual Review of Nutrition. In the majority of published trials, the fasting regimens weren’t compared to a standard reduced-calorie diet. Two new trials are helping fill these gaps:

Alternate-day fasting. Recently, scientists compared alternate-day fasting(consuming only 500 calories every other day) with a standard reduced-calorie diet (daily calorie restriction) for six months. That was followed by a six-month weight maintenance period. Participating in the study were 100 obese and sedentary but otherwise healthy adults (average age, 44) in the US. They were randomly assigned to one of the two diet groups or a control group who kept their regular eating habits. All groups were instructed to maintain their regular physical activity habits.

The diet regimens were designed so that both the fasting and reduced-calorie diet groups were ultimately decreasing their overall calorie intake by 25%. For the maintenance phase, alternate-day fasters continued fasting every other day but at a higher calorie level to maintain their weight.

Both diet groups had lost 6.8% of their weight at six months, relative to the control group. At 12 months, average weight loss was similar for both diet groups, too (6% in alternate-day fasting group; 5.3% in reduced-calorie diet group). There were no significant improvements in risk markers for cardiovascular disease in any of the groups, but many of the participants entered the study with normal risk markers.

Notably, changes in body fat (including visceral/belly fat) and muscle tissue were also similar between the two diet groups. Although some proponents of intermittent fasting claim that it is better at preserving muscle mass than standard reduced-calorie diets, that wasn’t found in this study, nor is there much other data to support this claim (especially if people don’t increase their protein intake and/or exercise level when restricting calories, which are factors that help preserve muscle during weight loss). The study was published in JAMA Internal Medicine.

5:2 fasting. A new six-month, preliminary trial in Nutrition & Dietetics tested a 5:2 regimen, a form of periodic fasting. In the trial, 24 obese but healthy Australian men (average age, 68) consumed only 600 calories two days a week and ate their typical diet the other five days of the week. That was compared to a standard reduced-calorie diet with a 500-
calorie daily reduction. Physical activity habits were to stay the same.

Self-reported food intake showed the makeup of the diets and overall calorie restriction (averaging around 30%) were similar in both groups. Both groups lost about the same amount of weight (about 12 pounds or 5% of initial weight, on average) and had about the same decrease in waist circumference. Both groups also had significant decreases in systolic (top number) blood pressure. But, there were no significant changes in fasting blood sugar or blood lipids, which were normal throughout the trial.

Health Impact: “Some human studies do show that certain measures of cardiovascular and metabolic health improve on intermittent fasting regimens, but it’s not clear whether the impact is due to intermittent fasting per se or if it’s the result of the weight loss that has been achieved through intermittent fasting,” says Marie-Pierre St-Onge, PhD, an associate professor of nutrition at Columbia University Medical Center in New York City. She was the chair of a recent American Heart Association (AHA) scientific statement on meal timing, frequency and cardiovascular disease prevention.

The AHA statement noted that intermittent fasting regimens (alternate-day or periodic fasting) may help decrease triglycerides and fasting insulin levels and improve insulin resistance, but have little or no effect on total, LDL (bad) or HDL (good) cholesterol or fasting blood sugar. And, it stated that these fasting regimens may help lower blood pressure, but it may require losing at least 6% of body weight.

St-Onge emphasizes that even if you are on an intermittent fasting regimen, you still have to follow healthy dietary guidelines. “People shouldn’t expect to reap long-term health benefits from intermittent fasting if they take non-fasting days as a license to eat sweets and snacks all day,” she says.

Long-Term Adherence: “A big question surrounding intermittent fasting is whether people can stay with it as a long-term practice,” says Dorothy Sears, PhD, an associate professor at the University of California, San Diego, who co-authored the recent summary of intermittent fasting in Annual Review of Nutrition. “Depending on your environment, it can be difficult to fast for a complete day.”

Another variation called prolonged nightly fasting or time-restricted feeding has emerged and may be a feasible option, Sears says. In this approach, you can still eat every day, but within a narrower window of time during the day (such as eight hours) than is typical. This has been shown to be successful in mouse studies, but data in people is limited and mixed, although suggestive of possible metabolic benefits, Sears says.

What’s Right for You: If you have certain medical conditions, such as diabetes, and/or are taking medications, you should consult your doctor before practicing any kind of intermittent fasting. And, fasting is not appropriate for pregnant or breastfeeding women.

“Intermittent fasting is just an added tool that people seeking to lose weight may try,” St-Onge concludes. “For example, you might use it as a way to kick-start a weight-loss regimen and then evolve back into a more sustainable eating regimen long term. Or, intermittent fasting may appeal to people who have trouble stopping eating once they start eating. Having fewer eating occasions may be useful for them.”

For others, hunger may be an issuewith intermittent fasting. “Hunger is the strongest predictor for undoing weight loss efforts,” Das says. “So, if the fasting regimen is promoting or making your hunger worse (after a couple weeks of adapting to the regimen), it’s not right for you. Somepeople are better able to manage hunger with periods of fasting while others aren’t. It really depends on the individual.”

– Alternate-day fasting: Sometimes called every-other-day fasting since people continually alternate between fasting one day and eating normally the next day. Most often, people practice this as a modified form of fasting rather than a complete fast, since they consume 25% or less of their daily calorie needs (such as 500 calories) during a fast day. Fast-day calories can be eaten either at a single meal or divided into mini meals.
– Periodic fasting: A variation of alternate-day fasting. People generally fast (eating 25% or less of their daily calorie needs) on two non-consecutive days a week. On the other five days of the week, they eat as they normally would.
– Prolonged nightly fasting: Also called time-restricted feeding. People restrict eating to a shorter time window than typical, such as eight hours a day. So, they might fast from 8 p.m. at night until noon the next day. During non-fasting periods, they eat as they normally would.

To help manage hunger when restricting calories:
– Choose healthful foods. This is important to help you meet your nutrition needs and stay satisfied on a limited number of calories. Use hoosemyplate.gov as a guide.
– Include protein-rich foods. Protein is generally very satiating (satisfying hunger). Include foods like skinless chicken breast, fish, dairy foods, legumes, tofu, quinoa, nuts and seeds.
– Eat fiber-rich, slow-digesting carbs. Choose leafy-green salads and other colorful non-starchy vegetables, whole fruits, legumes (beans) and minimally-processed whole grains like steel-cut oats and barley. They can help stave off hunger and help you avoid constipation, which sometimes is an issue when restricting calories.
– Limit highly-refined, packaged foods. These tend to be rich in refined carbohydrate (such as white flour and sugar) and low in fiber.
– Eat mindfully. Pay attention to and enjoy the aroma, flavor and texture of your food. Stop eating just before you feel completely full.
– Get enough sleep. Too little sleep may increase hunger, cravings for less-healthful comfort foods and risk of obesity. Adults should generally aim for 7 to 8 hours of sleep per night.