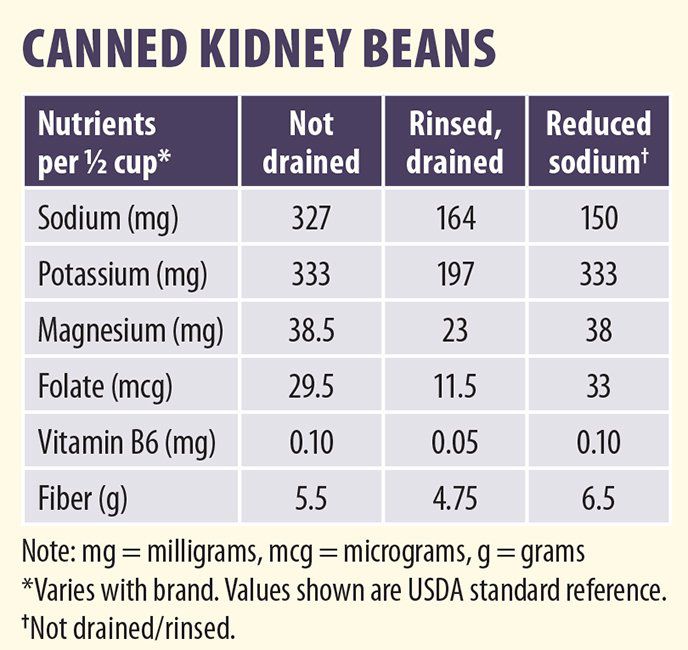 A. Diane McKay, PhD, an assistant professor in Tufts’ Friedman School, says: “Many recipes advise rinsing and draining canned beans, which reduces sodium (by 41%, on average, in one study). However, some of the minerals beyond sodium and certain vitamins (such as folate and other B vitamins) that are soluble in water also leach into the liquid part of canned beans. So, portions of these nutrients are lost by draining and rinsing (example, right). But there are still plenty of nutrients left in canned beans after rinsing and draining, including a good amount of fiber. You can make up for small losses of nutrients like potassium and folate by tossing beans on a leafy green salad or adding an extra vegetable to your dish.

“If you don’t plan to rinse canned beans, such as if you’re including the canning fluid in chili, stew or soup, it’s especially wise to buy reduced-sodium beans. Canned beans labeled ‘reduced sodium’ have at least 25% less sodium per serving than the regular version.”