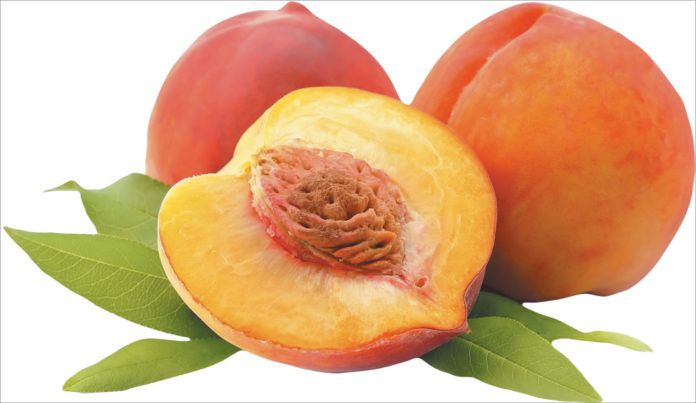 Fresh peach season provides a fuzzy-skinned, sweet and juicy invitation to enjoy the nutritional goodness of these favorite fruits. Peaches are low in calories and glycemic index, a good source of vitamins, phytonutrients and fiber, and may even help fight cancer.

But a surprising recent study reports that peaches are just as nutritious-in some ways, even more so-year-round, in cans rather than the produce aisle. Researchers at the Linus Pauling Institute, publishing their findings in the Journal of the Science of Food and Agriculture, found that canned peaches were significantly higher than fresh in levels of vitamin C, antioxidants and folate. Levels of other nutrients were similar in fresh and canned. Canned peaches are picked and packed at the peak of freshness, and the canning process opens cell walls, apparently making some nutrients more available.

Fresh, frozen or canned, peaches are a good source of important nutrients, says Diane L. McKay, an assistant professor at Tufts Friedman School. If youre buying canned peaches, just be sure to choose fruit packed in its own juices, not in syrup, to avoid extra calories and sugar.

NUTRITION, NOT CALORIES:One medium peach contains two grams of fiber-most of it the soluble fiber shown to improve cholesterol levels. Eating a peach gives you more than 10% of your recommended daily intake of vitamin C and vitamin A. Peaches also contain modest amounts of B vitamins, vitamin E, vitamin K, potassium, and copper, iron and other minerals. Antioxidant phytonutrients in peaches include lutein and zeaxanthin, both linked to eye health, and beta-cryptoxanthin.

Peaches are just as notable for what they dont have-lots of calories. A typical medium-sized peach has only 39 calories. Made up of more than 85% water, peaches make a filling but not very caloric snack. Because they are low in the glycemic index, peaches wont rapidly raise your blood sugar; instead, they are slowly turned into energy in your body, keeping you going longer.

ANTI-CANCER PROPERTIES: Although peaches have not been studied for health benefits as extensively as some other fruits, recent research suggests they may have anti-cancer properties. Lab tests at Texas A&M University have found that polyphenol compounds in peaches (as well as plums) selectively killed breast-cancer cells, leaving healthy cells unharmed. Most recently, in a study published in the Journal of Nutritional Biochemistry, scientists found that peach extracts slowed the growth of aggressive breast-cancer cells in mice. The amount tested was equivalent to a human consuming two or three peaches a day.

In general, peach fruit has chemical compounds that are responsible for killing cancer cells while not affecting normal cells, explained Luis Cisneros-Zevallos, PhD, and now we are finding that this mixture of compounds can inhibit metastasis. The study used the peach variety Rich Lady, he added, but most peach varieties share similar polyphenol compounds.

In 2008, Cisneros-Zevallos and other colleagues published research showing that peach and plum polyphenol compounds affect the growth of human colon-cancer cells. The researchers have also explored whether compounds in stone fruits could help counter inflammation and the oxidation of unhealthy LDL cholesterol.

TREE OF LIFE?: So it might be that the 10th century Chinese, who were the first to write about peaches, were onto something. They viewed the peach tree as the tree of life, and peach blossoms are traditionally carried by Chinese brides. The fruit was introduced to Europe through Persia, so the Romans called it a Persian apple and its still scientifically Prunus persica. Unlike so many foods that came from the New World, the peach went the other direction, brought to the Americas by Columbus. Today, China remains the worlds largest peach producer, while California leads in US production, followed by Georgia, the Peach State.

Fresh peaches are at their best from May to October, but now you know you can rely on canned fruit the rest of the year. Frozen peaches, like other frozen produce, are also picked at their peak and are similar to fresh in nutritional content; look for those without added sugar.