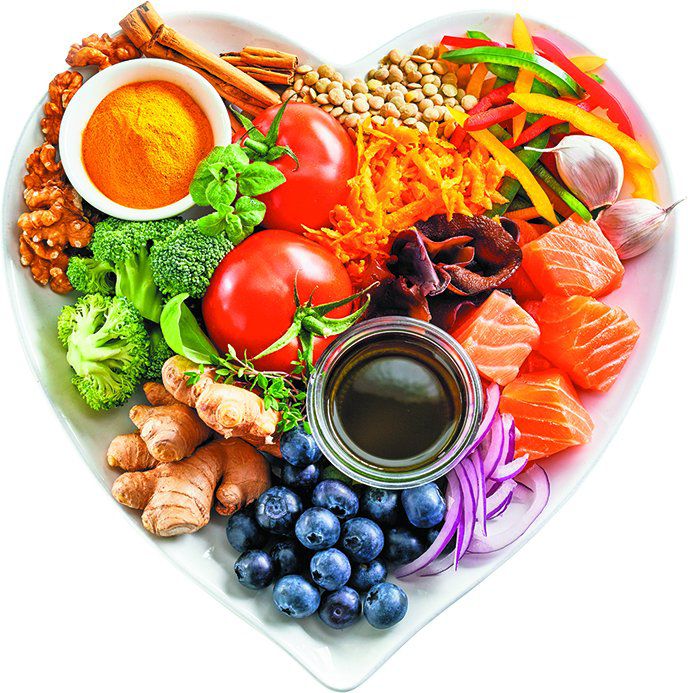 Advice about how to eat for good health sometimes changes. To you, it may seem like scientists can’t make up their minds. What’s really happening is that scientists are continually learning new things about nutrition and health through research studies. Experts modify dietary guidance based on the totality of scientific evidence on a given topic.

We should welcome the science-based evolution of dietary advice because it can help pave a clearer path to good health. “Rapid advancements in nutrition science and policy provide powerful opportunities to reduce chronic disease, including obesity, cardiovascular disease and type 2 diabetes, and the financial burden associated with such conditions,” says Dariush Mozaffarian, MD, DrPH, dean of Tufts’ Friedman School and editor-in-chief of Tufts Health & Nutrition Letter.

Here we review four topics covered in early issues of this newsletter but in the light of current evidence-based advice.

Then: Dietary advice focused on individual nutrients and foods.

Now: Focus on the quality of your whole diet or “eating pattern.”

What’s more important for healthy blood pressure, lowering your sodium intake or increasing calcium? That was the focus of a 1984 newsletter article. It reviewed a study showing higher dietary calcium intake was associated with lower risk of hypertension.

Today, hypertension research would be more likely to look at the Dietary Approaches to Stop Hypertension (DASH) diet, rather than specific minerals. DASH is an eating pattern that emphasizes foods such as fruits and vegetables, beans, nuts, whole grains and healthful dairy products, which are rich in nutrients that support healthy blood pressure, including potassium, magnesium and calcium. The diet has been consistently shown to lower blood pressure in people with hypertension.

That example shows that rather than focusing on individual nutrients in managing chronic disease risk (like heart disease and diabetes), today we look at the dietary pattern as a whole. This means the overall combination of foods and beverages we consume day in and day out. Individual nutrients don’t always give the whole picture. Foods contain complex combinations of nutrients that may interact and be more beneficial together than alone.

“In addition, foods contain thousands of phytochemicals, which may themselves have beneficial effects on health,” says Alice H. Lichtenstein, DSc, director of Tufts’ HNRCA Cardiovascular Nutrition Laboratory and executive editor of Tufts Health & Nutrition Letter. “Since phytochemicals are not present in the vast majority of nutritional supplements, the only way to ensure we get enough of them is to eat whole foods that constitute a healthy dietary pattern.”

Then: The importance of breakfast is uncertain.

You’ve probably heard “breakfast is the most important meal of the day.” In 1983, we ran a newsletter article looking at the popular notion of breakfast’s great importance, which had just been called into question by two British nutritionists. They had reviewed the research on the topic and found little evidence to support the slogan. The available studies on breakfast were small and poorly designed.

Today, scientists are still studying breakfast’s role in health, but many more studies (and much higher quality ones) are available. A recent scientific statement from the American Heart Association, published in Circulation, included a review of the body of science on breakfast and cardiovascular health. The authors concluded that planning and timing meals and snacks, such as not skipping breakfast and allocating more calories earlier in the day, might help reduce risk of cardiovascular disease and problems related to blood sugar control. They also noted that breakfast skippers were less likely to meet recommendations for vitamins and minerals and had poorer diets overall compared to breakfast eaters.

It’s still a stretch to say breakfast is the most important meal, but eating a healthy breakfast is associated with potential benefits. If you normally skip breakfast (as 20 to 30% of US adults do), you may want to rethink that or make sure your food choices at other times are nutrient-rich.

Then: Avoid eating too much fat, saturated fat and cholesterol.

Now: The type of fat is more important than the amount of fat or cholesterol.

Thirty-five years ago this newsletter advised us to follow a low-fat, low-cholesterol diet for cardiovascular health. At the time, that was the recommendation from the American Heart Association (AHA). Today, as the AHA now advises, what matters is the type of fat and the food source, rather than the amount. “Additionally, research has shown that dietary cholesterol generally has little impact on cardiovascular health in most people when they follow a healthy eating pattern,” Lichtenstein says.

Type of fat. The most healthful fats include polyunsaturated fat (omega-3 and omega-6) and monounsaturated fat. These are found in high amounts in non-tropical vegetable oils, nuts, seeds and seafood. There’s strong and consistent evidence that replacing saturated fats with unsaturated fats – especially polyunsaturated fats (such as in salmon, soybean oil and walnuts) – is associated with reduced blood levels of total cholesterol and LDL (bad) cholesterol, as well as a reduced risk of heart attacks and cardiovascular-related deaths.

“Don’t be afraid of fat – healthy fats are good for you,” Lichtenstein says. “Replace animal fats with vegetable oils, and don’t get too caught up about whether one vegetable oil is better than another. In addition, a good strategy is to replace refined carbohydrate (such as in sugar-sweetened beverages and white bread) with foods supplying healthy fats.”

Most experts still advise selecting low-fat dairy products (a source of saturated fat). But, dairy fat may not carry the same heart disease risk as other saturated fat sources like processed meat. “Health effects of dairy products may depend on multiple factors, such as probiotic content (as in yogurt),” Mozaffarian says. “Current evidence shows we should eat more yogurt; whether it should be low-fat or whole-fat may come down to personal preference.”

Then: Eat foods with adequate starch and fiber; avoid too much sugar.

In the 1980s, we were encouraged to eat foods containing complex carbohydrates – like beans, peas, fruits, vegetables and whole-grain breads – to help meet our energy needs while limiting fat intake. We also were advised to limit simple carbohydrates, especially sugars added to items like cake, ice cream and beverages. Now there is more evidence to back this advice, and the focus is broadening to consider other aspects of carbohydrate quality.

Sugars. Thirty-five years ago, people were advised to limit sugar because it promotes tooth decay and supplies “empty calories” with little nutritional value (which remains true today). At the time, there wasn’t convincing evidence that sugar played a role in chronic disease.

Today, the 2015-2020 Dietary Guidelines for Americans note that “strong evidence … has shown that eating patterns that include lower intake of sources of added sugars are associated with reduced risk of cardiovascular disease in adults, and moderate evidence indicates that these eating patterns are associated with reduced risk of obesity, type 2 diabetes and some types of cancer in adults.”

When whole grains are intact (only the indigestible outer hull is removed), such as wheat berries or quinoa, or when they’re partially intact, such as steel-cut oats or stone-ground bread, they’re more slowly digested. So, they tend to impact blood sugar less than finely-milled whole grains and high-starch vegetables, like many whole-grain breads and cereals and white potatoes. Quick rises in blood sugar and insulin may potentially result in cravings, stimulate the liver to produce fat and promote visceral (belly) fat, Mozaffarian says.

So, we’d all do well to not only cut back on refined sweeteners and refined grains, but also opt for minimally processed, intact whole grains and other high-quality carbohydrates. That could be as simple as choosing steel-cut oats instead of flavored instant oatmeal or putting barley in your vegetable soup instead of potatoes.

Undoubtedly, you’ll continue to see shifts in dietary advice over time as more research is published that adds clarity to how best to eat to support good health. We hope you’ll continue to look to Tufts Health & Nutrition Letter to help you put nutrition news into perspective.

–Is only a single study described?
Although it’s fine to report results of a single study, rarely does a single study overturn everything previously published on the topic, nor should it alone be the basis for dietary advice.

– What kind of study is being reported?
Observational studies are important and sometimes the only feasible way to study a topic, but they can only identify associations. They cant show cause and effect like a clinical trial can.

– Who was studied?
Were the people similar to you (in terms of age, sex, race, lifestyle and other aspects)? Were animals studied rather than people? Animal studies are important and contribute to the body of evidence, but the results may not apply to humans.

– What is the context?
How does the new study fit in with what is already known about the topic, based on previous research?

– Pay attention to wording.
If a study’s results “suggest” a certain effect, that’s not the same as proving an effect. And saying “may help” is not the same as saying something “will help.” Reliable sources use such words carefully so as not to mislead you.

– Is the study preliminary?
When a study is described as “preliminary” or evidence is described as “emerging,” you should recognize that scientists are early in the process of studying the topic, and conclusions could change as more research is published.