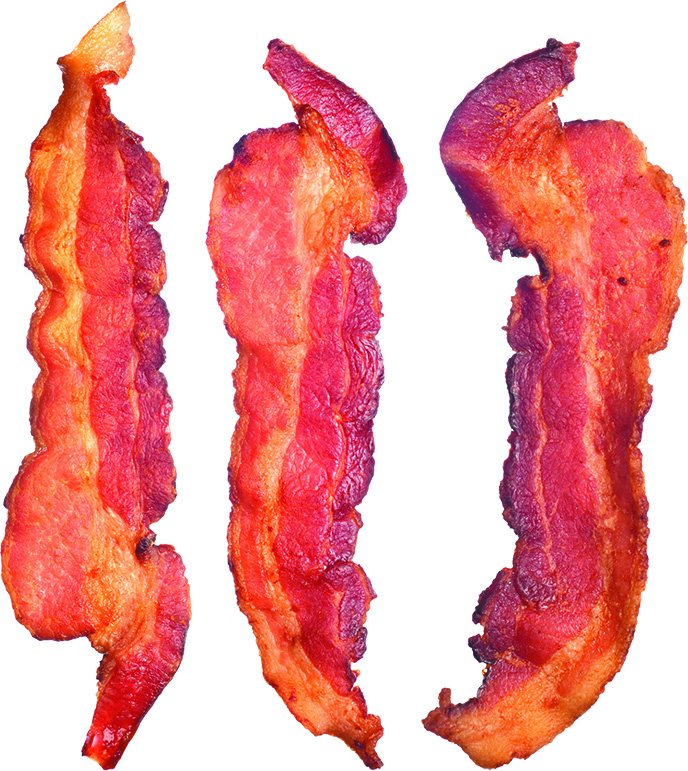 Is the slice of bacon on your BLT really as dangerous as smoking a cigarette? That was the implication of some of the scary headlines about the World Health Organization’s recent report stating that processed meat raises the risk of colon, stomach and other cancers. The expert panel of 22 scientists from the WHO’s International Agency for Research on Cancer further concluded that red meat probably also contributes to colon, prostate and pancreatic cancer risk.

But the listing of processed meats like bacon and cold cuts as a “Group 1” carcinogen – the same as smoking or asbestos – doesn’t mean it’s equally dangerous. Rather, the designation reflects the strength of the evidence linking processed meats to cancer risk.

And, despite the headlines, that connection between meats and cancer risk should come as no surprise. Joel B. Mason, MD, director of Tufts’ HNRCA Vitamins and Carcinogenesis Laboratory, comments, “From the perspective of someone who has been working in the diet and cancer field for some years, I found the extent of media attention paid to the WHO report quite surprising since this is something we have known for at least 20 years. The only change that occurred from my perspective is that the WHO finally codified the previously known link between red/processed meat into a report.”

The WHO experts evaluated more than 800 studies from the past 20 years. They published their report in The Lancet Oncology. The findings, Dr. Mason says, support longstanding dietary advice to limit intake of processed meat, control portion sizes, and frequently substitute seafood, poultry or plant protein for red meat when planning meals.

As you evaluate your own consumption and risk, here’s what you need to know:

What counts as “processed meat”? Bacon, sausages, hot dogs, jerky and cold cuts are examples of “processed meat,” which is defined as any meat that has been transformed to enhance flavor or improve preservation by salting, curing, fermentation, smoking or other processes. It may be that chemicals added to meat in processing, such as nitrates and nitrites, are responsible for the increased cancer risk, or perhaps it is due to changes in the chemistry of the meat itself that occur as a result of processing; scientists aren’t sure at this point.

How much is too much? The WHO report said there isn’t enough data to define how much processed meat is dangerous, but that risk increases with consumption. An analysis of 10 studies indicated that eating about 1.75 ounces of processed meat daily was associated with an added lifetime risk of colorectal cancer of roughly 18%. That’s about the equivalent of one hot dog or a couple of slices of cold cuts or bacon daily.

For red meat, each 3.5-ounce daily serving probably increases colorectal cancer risk by a similar amount, about 17%. Most Americans eat much larger portions of red meat, however; a 3.5-ounce serving is a little bigger than a deck of cards.

How great is the risk? Although it’s smart to avoid increasing your risk of any type of cancer, you shouldn’t panic over the risk associated with processed and red meat. For the average American, the lifetime risk of developing colorectal cancer is about 5%; an 18% increase in that risk would raise that only to around 6%. An occasional hot dog or BLT or eating a right-sized portion of red meat once or twice a week would translate to an even smaller total risk. People with a family history of colorectal cancer, however, are at greater risk.

How can you reduce your risk? Since it’s not clear what kinds of “processing” cause processed meats to be more carcinogenic, simply choosing nitrate-free meats may not reduce your risk. The American Institute for Cancer Research does offer some ideas for cutting processed-meat consumption (see box).

When it comes to red meat – including beef, pork, lamb, veal and goat – Christopher Wild, PhD, director of the WHO’s cancer-research agency, says, “These findings further support current public health recommendations to limit intake of meat. At the same time, red meat has nutritional value.” Grilling, pan-frying and other high-temperature methods of cooking may produce higher amounts of carcinogens, the WHO noted, so choosing lower-temperature methods such as roasting or braising may reduce your risk.

TO LEARN MORE: The Lancet Oncology—

While noting that “an occasional hot dog at a baseball game or ham on a holiday is unlikely to increase cancer risk,” the American Institute for Cancer Research

– Instead of bacon, chorizo or salami, try spicy vegetarian sausages.

– Replace sausage in chili and sauces with beans like kidney beans, chickpeas and lentils.

– Use herbs and spices like garlic, fennel seed and hot pepper flakes to add flavor.