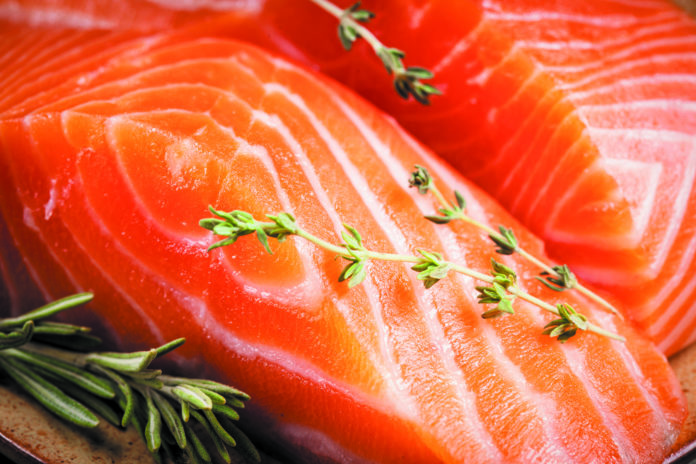 Over and over again, youve read in the pages of this newsletter and elsewhere that eating fish like salmon high in omega-3 fatty acids is good for you. Youve seen countless ads touting the similar benefits of fish-oil pills containing those same omega-3s (EPA and DHA). Now suddenly comes a flurry of headlines suggesting a scary downside to these health-promoting omega-3s, at least for men: High Levels of Fish Oil May Boost Risk for Prostate Cancer, Omega-3 Supplement Taken By Millions Linked To Aggressive Prostate Cancer.

Should you throw away your fish-oil pills and ban salmon from the menu?
The data on the association, if any, between omega-3 fatty acids and prostate cancer seem to be highly variable, with some studies reporting a negative relationship and some studies reporting a positive relationship, says Alice H. Lichtenstein, DSc, director of Tufts HNRCA Cardiovascular Nutrition Laboratory. For most individuals the recommendation is to eat fish, not to take fish-oil supplements. I think this is good advice in terms of overall health.

TWO STUDIES: The latest headline-making study was not the first to link omega-3s and prostate cancer. Theodore M. Brasky, MD, of Ohio State University, and colleagues at the Fred Hutchinson Cancer Research Center, had previously published findings that showed men with the highest levels of DHA were twice as likely to develop high-grade prostate cancer. Since omega-3s are thought to combat inflammation, a factor in tumor development, the results were the opposite of what might be expected.

Publishing their study in 2011 in the American Journal of Epidemiology, the researchers commented, These findings illustrate the complexity of research on nutrition and chronic disease risk, in which the effects of nutrients may differ across multiple diseases. A comprehensive understanding of the effects of nutrients on a broad range of diseases will be necessary before making recommendations for dietary changes or use of individual dietary supplements for disease prevention.

In the new follow-up study, Dr. Brasky and colleagues looked at data from another prostate cancer trial, the Selenium and Vitamin E Cancer Prevention Trial (SELECT). Men in that trial were given selenium and vitamin E supplements (neither of which proved effective in preventing prostate cancer), but not fish-oil pills; their blood levels of omega-3s, however, were measured at baseline. Dr. Brasky and colleagues compared 834 men in the SELECT study who developed prostate cancer with 1,393 randomly selected controls from the trial, matched by age and race, who did not.

When the men were divided into four groups based on blood levels of omega-3s, men in the highest group were 44% more likely to have developed low-grade prostate cancer and at 71% greater risk of the high-grade type most likely to spread and cause death. Higher levels of linoleic acid, an omega-6 fat thought to promote inflammation, were actually associated with reduced risk of low-grade and total prostate cancer.

NOT NECESSARILY ABOUT PILLS: When these latest results were published earlier this year in the Journal of the National Cancer Institute, the Internet exploded with alarm. A Google search when the news broke turned up more than 8 million Web pages about fish oil and prostate cancer, over 9,000 news items and more than a half-million blog entries.

Some experts-not to mention advocates for the supplement industry-were quick to criticize the design of the study. Certainly, headlines linking fish-oil pills (but not fish) to prostate cancer were inaccurate. Like the 2011 study, this was an observational study and no fish-oil supplements were administered; in fact, researchers later stated that a majority of participants were not taking omega-3 supplements. The original SELECT trial simply measured blood levels of omega-3s at the start of the study. Theres no way to be certain why those levels were higher in some men than in others, or to know whether omega-3 levels changed over the span of the trial.

In fact, a 2007 study showed that men with a family history of prostate cancer might reduce their risk for the disease by consuming more omega-3s. SELECT participants who later developed prostate cancer were more likely to have close relatives with the cancer, had higher PSA levels at baseline, and were better educated. So its even possible that men at greater risk for prostate cancer ate more fish and took more supplements-a case of whats called reverse causation.

Its also true, as study critics have pointed out, that the Japanese eat more fish and consume more omega-3s than Americans do, yet they have a lower incidence of prostate cancer. (Other studies, however, have linked higher fish intake among Japanese men with higher prostate cancer incidence.) The Inuit of the Arctic north-whose high consumption of marine omega-3s and low rates of heart disease first clued scientists to fish oils heart-healthy properties-also rarely develop prostate cancer.

For now, Tufts Lichtenstein advises sticking with the longstanding recommendation to emulate the Inuit and eat fish. As for fish-oil pills, she says, If your physician recommends taking fish oil supplements, men should have a discussion about the potential risks and benefits specifically for them. This is one area where women are off the hook.