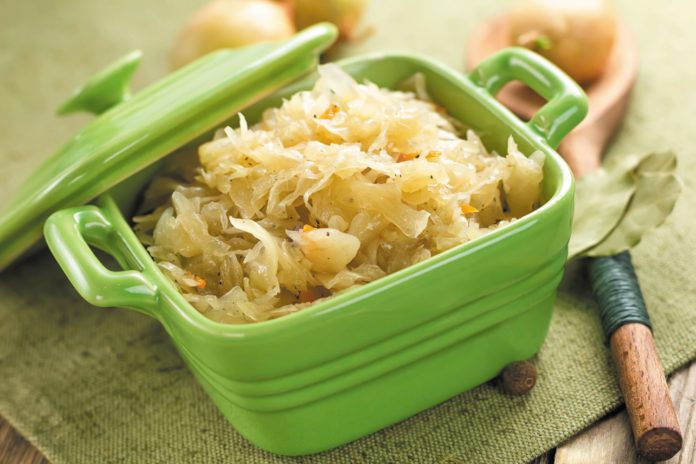 Dating back millennia, fermented foods are among humanity’s oldest attempts to preserve food. But today these foods are newly popular for their purported health benefits. Fermented foods, ranging from sauerkraut to yogurt, are increasingly being seen as a boon to the gut – and in turn to benefits not only for digestive health but possibly also for allergies and even weight loss.

But don’t count on fermented foods alone to keep you healthy. “This is an area very prone to exaggeration and hype,” cautions Robert M. Russell, MD, emeritus professor at Tufts’ Friedman School.

Bacteria That’s Good for Your Gut

It makes sense that fermented foods might improve digestive health. In fermentation, whether for yogurt or beer, bacteria or yeast feed on the natural sugars in foods. These microorganisms create compounds such as lactic acid or alcohol, which help preserve the foods. The fermented foods also wind up filled with “friendly” bacteria such as those touted in probiotic products, as well as helpful enzymes.

The bacteria “predigest” certain food components, making them easier for your gut to handle and for nutrients to be absorbed when you eat them. People who are lactose-intolerant usually tolerate yogurt or kefir, because the lactose sugar in these products has been partly broken down by the bacteria in them. Even vegetables can benefit from fermentation: Making cabbage into sauerkraut or kimchi increases glucosinolate compounds believed to fight cancer.

Because the gut is the largest component of your immune system, introducing friendly bacteria into your digestive system may also help keep illness away. Evidence suggests that gut health could affect inflammation, allergies and autoimmune disorders in the body as a whole.

A study published in the International Journal of Obesity even found that some types of probiotics promoted weight loss. But the jury’s still out, and the same research found that other probiotic strains can actually contribute to obesity.

Before you start stocking up on pickles, sauerkraut and other fermented staples, however, be aware that not all traditionally fermented foods still contain probiotic bacteria. And even those that do often come with downsides, such as high amounts of added sugars or sodium.

Most fermented foods you can buy in supermarket jars or cans have been pasteurized and cooked at high heat, killing any friendly bacteria. You’ll have to make your own pickles or sauerkraut to retain those products’ bacterial benefits. (If you take basic precautions in fermenting your own, there’s little risk.)

You can also make your own yogurt, of course, as well as the similar fermented milk product called kefir. But commercially available fermented dairy foods do typically contain probiotics; check the label for the words “live cultures.” Yogurt and kefir can also be a good source of calcium; not all yogurt is made from milk fortified with vitamin D, however – check the Nutrition Facts panel. Beware, too, of added sugar and calories in flavored yogurts. Plain, low-fat yogurt can easily and healthfully be flavored with fresh fruit as well as whole grains.

High levels of sodium are the downside to savory fermented foods such as pickles, sauerkraut, kimchi, miso and soy sauce. Opt for low-sodium products when possible, or make your own to control added salt; in any case, use in moderation. Tempeh, which like miso and soy sauce is made from fermenting soybeans, is low in sodium and makes a good protein alternative, similar to tofu (which is not fermented).

So go ahead and join the fermented-foods trend, enjoying the benefits of a process almost as old as civilization itself. But make sure you’re really getting those friendly bacteria – and not too much unfriendly sugars and sodium.