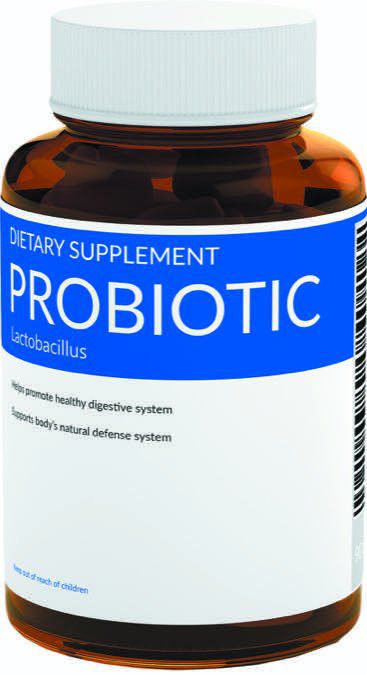 Some people use supplements and fermented foods containing probiotics—beneficial bacteria and yeasts—in an effort to improve health. But, is there good science behind them? Probiotic experts help clear up six common myths:

MYTH 1—Probiotics are proven to help with weight loss. “There is compelling evidence, including observational and intervention studies, that suggests probiotics may support weight loss, as well as blood pressure and blood sugar control,” says Dariush Mozaffarian, MD, DrPH, dean of Tufts’ Friedman School. “But, longer and larger clinical trials are needed to more conclusively demonstrate these benefits.” It’s uncertain which strains of probiotics may be effective, what dosages and forms are best (such as plain yogurt or supplements), how long they should be taken to see a benefit and which population groups may see the most benefit for body weight and related cardiometabolic (cardiovascular disease and diabetes) risk factors.

MYTH 2—All probiotics do the same thing. “There’s a world of difference between taking a probiotic supplement that contains the correct microbe for a specific medical condition versus taking a probiotic supplement containing a microbe that hasn’t been shown to be effective for that condition,” says Joel B. Mason, MD, director of Tufts’ HNRCA Vitamins and Carcinogenesis Lab. “With that said, the two microbes that most consistently have been shown to convey a benefit in conditions of interest are the bacteria Lactobacillus (L.) GG and the yeast Saccharomyces (S.) boulardii.”

MYTH 3—Probiotics improve overall gut health. Everyone taking a probiotic may not experience gut health benefits. But probiotics may have benefits in certain gut conditions, according to the most recent consensus paper on the use of probiotics published in the Journal of Clinical Gastroenterology. “One is the treatment of acute (severe and sudden onset) watery diarrhea in infants and children, which is commonly caused by a virus (often rotavirus),” Mason says. “Studies show that if you give kids with a viral gut infection the right probiotic (generally LGG or S. boulardii), particularly at the onset of symptoms, it may decrease the duration of their illness by one to two days. There’s also evidence, although not as strong, that if you give kids a course of these specific probiotics preventively, it may help them avoid such a viral gut infection that’s going around.”

MYTH 4—Wait to take probiotics until after you finish antibiotics. There is good evidence that taking probiotics in conjunction with antibiotics helps prevent the diarrhea that commonly develops in people taking antibiotics. Experts recommend beginning probiotics (LGGor S. boulardii) at the same time you start antibiotics. Delaying starting the probiotic vastly diminishes its ability to prevent antibiotic-associated diarrhea, Mason says.

The best time during the day to take a probiotic relative to an antibiotic isn’t well studied. However, a recent review in Pharmacological Research notes that LGG is sensitive to destruction by antibiotics in the penicillin family, so it may be best to take them at different times (such as 2 to 3 hours apart). But, S. boulardii is resistant to destruction by all antibiotics, so timing is less important.

MYTH 5—Probiotics should be taken on an empty stomach. “In general, taking a probiotic during a meal or after a meal may help improve the probiotic’s survival versus taking it on an empty stomach,” says Maria L. Marco, PhD, who researches probiotics, fermented foods and gut health at the University of California, Davis.

“Our stomach is normally very acidic, which kills microbes,” Marco says. “But after we eat, our stomach is less acidic, which would improve the probiotic’s ability to survive its passage through the stomach and into the small intestine, where it would be active. Even if the probiotic capsules are designed to resist stomach acid (or the microbes themselves, such as LGG, are resistant to acidic conditions), taking them with food adds another layer of protection.”

MYTH 6—All fermented foods contain probiotics. Yogurt, some cheeses, sauerkraut, kefir (a yogurt beverage), kombucha (fermented tea) and even chocolate (fermented cocoa beans) are just a few examples of fermented foods. But, you can’t always assume they contain live microbes that reach the gut in efficacious quantities or provide a probiotic health benefit—
especially at the end of their shelf life. And, if the foods are pasteurized (heated to kill “bad” bacteria) after fermentation, such as canned sauerkraut, probiotics are killed.

A “Live and active cultures” seal on yogurt means it contains live L. bulgaricus and S. thermophilus, which are needed to make the yogurt. “The best-known benefit of these two bacteria is that they help break down lactose in milk,” Marco says. “That may help make yogurt more tolerable to someone who has trouble digesting lactose. But, if you’re seeking other benefits, check the ingredients of the yogurt to see if it contains specific probiotic strain(s) shown to have that benefit.”

Best Approach: If you’re considering taking probiotics, discuss it with your doctor. (Although probiotics are unlikely to cause harm in generally-healthy people, in certain circumstances probiotics have caused serious infections in people with impaired immune systems.) Ask your doctor to recommend reputable brands since supplements aren’t regulated by the FDA. And remember, focusing on eating healthy foods, including not only plain yogurt but also fruits, nuts, vegetables and whole grains, is still the best-known approach for maintaining gut health and general health.

To learn more: Journal of Clinical Gastroenterology, May 2016