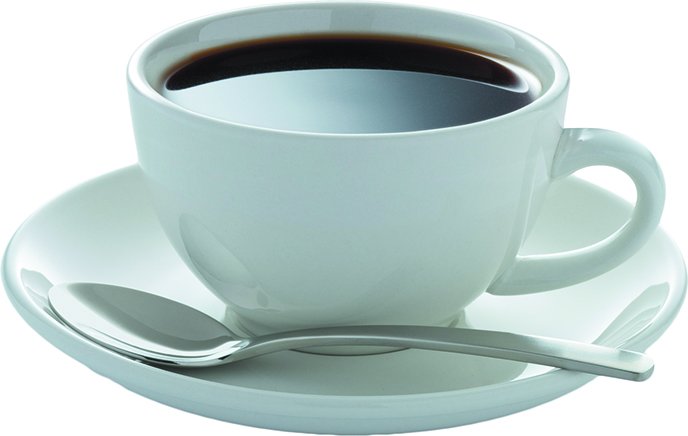 More evidence that coffee – once thought of as bad for you – is not only safe in typical amounts but might actually help protect your health comes from a new study of colorectal cancer risk. Researchers compared 5,145 patients who had been diagnosed with colorectal cancer within the past six months with a control group of 4,097 men and women with no history of the cancer. Drinking one or two cups of coffee a day was associated with a 26% lower risk of developing colorectal cancer, with risk dropping even more as consumption increased.

“Coffee consumption has been associated in population-based studies with a variety of putative health benefits, including reduced risk of type 2 diabetes, liver disease, Parkinson’s disease, and some forms of cancer,” says Jeffrey B. Blumberg, PhD, Tufts professor and senior scientist at the HNRCA Antioxidants Research Laboratory. “Previous studies linking coffee intake to a lower incidence of colorectal cancer have been suggestive but confounded by factors like experimental design, ethnicity of the study population, and assessment of coffee preparation.”

DECAF, TOO: In the study, published in Cancer Epidemiology, Biomarkers & Prevention, participants reported their daily consumption of boiled (espresso), instant, decaffeinated and filtered coffee, as well as their total intake of other liquids, one year prior to diagnosis. A questionnaire also gathered information about other factors that influence the risk of colorectal cancer, including family history of cancer, diet, physical activity and smoking.

After adjusting for known risk factors, the data showed that even moderate coffee consumption – one to two servings a day – was associated with a reduction in the odds of developing colorectal cancer. Risk continued to drop with greater consumption, up to 54% less for participants who drank more than 2.5 servings daily.

The association with lower risk was seen across all types of coffee, including both caffeinated and decaffeinated. “We were somewhat surprised to see that caffeine did not seem to matter,” says Stephen Gruber, MD, PhD, director of the USC Norris Comprehensive Cancer Center and senior author of the study. “This indicates that caffeine alone is not responsible for coffee’s protective properties.”

BEYOND CAFFEINE: Researchers noted that coffee contains many elements in addition to caffeine that may contribute to overall colorectal health. Coffee may benefit digestion, inflammation, secretion of bile acids, insulin sensitivity, healthy gut bacteria, and the oxidative environment of the colon. Chlorogenic acids and polyphenols found in coffee have antioxidant effects, and other compounds are thought to have anti-carcinogenic effects. Even chemicals formed in roasting, called melanoidins, may benefit the colon much like dietary fiber.

“The levels of beneficial compounds per serving of coffee vary depending on the bean, roast and brewing method,” says lead author Stephanie L. Schmit, PhD, also of USC. “The good news is that our data present a decreased risk of colorectal cancer regardless of what flavor or form of coffee you prefer.”

CHOOSE YOUR JAVA: Researchers used data from the Molecular Epidemiology of Colorectal Cancer Study (MECC), a population-based study in northern Israel. Gad Rennert, MD, PhD, director of the Clalit National Israeli Cancer Control Center, notes, “Although coffee consumption in Israel is less common and with more type-variability than in the United States, our results indicate similarities in risk reduction with use consumption of various types of coffee.

“While the evidence certainly suggests this to be the case, we need additional research before advocating for coffee consumption as a preventive measure,” he adds. “That being said, there are few health risks to coffee consumption. I would encourage coffee lovers to revel in the strong possibility that their daily mug may lower their risk of colorectal cancer.”

Colorectal cancer is the third most common cancer that is diagnosed in both men and women in the United States, with 4.7% of men and 4.4% of women developing the disease over their lifetimes. The American Cancer Society estimates that in the United States, more than 95,000 new cases of colon cancer and 39,000 new cases of rectal cancer will be diagnosed in this year alone. Colorectal cancer is the second-leading cause of US cancer deaths, after lung cancer, claiming an estimated 49,000 lives annually.

For most people without a family history or symptoms, colonoscopy is generally recommended starting at age 50, then every 10 years. More frequent subsequent screening is recommended if symptoms such as polyps are found; its estimated that more than 20% of adults will develop these benign growths from which most colorectal cancers arise.