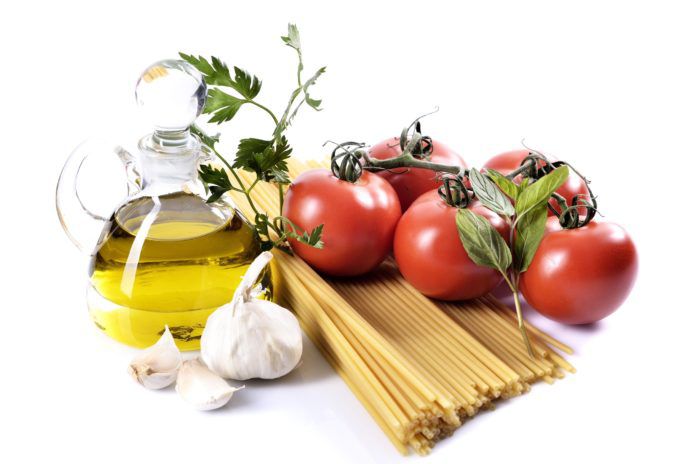 The Mediterranean-style diet has been drawing continued support in recent years along with a little cautionary advice. Is the Mediterranean diet healthful and safe—or is it elevated by hype?

Mediterranean eating habits have long been linked to a lower risk of heart disease, among other benefits. But what various studies are actually showing, says Alice H. Lichtenstein, DSc, director of Tufts’ HNRCA Cardiovascular Nutrition Laboratory, “is that a diet consistent with current guidelines, whether it is called a Mediterranean-style diet or heart-healthy diet, is effective.”

In other words, the guidelines of the Mediterranean diet—which is based on plant foods, fish, and extra virgin olive oil along with very little “meats and sweets” and saturated fats—is smart eating, no matter what you call it.

–Eating poultry, eggs, cheese, and yogurt in moderate portions on a daily to weekly basis.

Doing so may help in a variety of ways, with heart health typically in the conversation. The July 2016 issue of Annals of Internal Medicine, for example, reported that following a Mediterranean diet with no restriction on fat intake may reduce risk of cardiovascular events, such as heart attack and stroke. The findings stem from a review of 56 studies.

Other studies have suggested a variety of other benefits:

“Assessing overall diet with respect to ocular outcomes is relatively new in ophthalmic epidemiology,” said Johanna Seddon, MD, of Tufts Medical Center, and colleagues in the American Journal of Clinical Nutrition. “This study is the first, to our knowledge, to explore the association between [Mediterranean diet] score and progression to advanced AMD.”

Because it was an observational study, the findings, according to the authors, can’t prove cause and effect, and other factors can’t be excluded in explaining the apparent benefit of eating a Mediterranean-style diet. Further studies may make inroads on those scores.

A key study of the Mediterranean diet’s effects showed a link to healthier small blood vessels in the brain, lessening the risk of stroke. Conducted in 2012 by Hannah Gardener, ScD, of the University of Miami Miller School of Medicine and her colleagues, the study involved 966 participants with an average age of 72.

The findings, they wrote, suggested “a possible protective association between increased consumption of a Mediterranean diet and small vessel damage.” They added that the results of the analysis suggested that one’s overall dietary pattern, rather than any of the individual components, is associated with healthier brains.

A 2016 study in JAMA Internal Medicine reported that women who ate a Mediterranean diet were slightly less likely to suffer from hip fractures.

Researchers behind the Women’s Health Initiative study drew data from 40 U.S. clinical centers involving 90,014 women with an average age of 64. Researchers compared their dietary patterns to four common healthy diets, including the Mediterranean diet, the Dietary Approaches to Stop Hypertension (DASH), and two others. Nearly 16 years later, there were 2,121 cases of hip fractures and 28,718 cases of total fractures. Women who adhered the most to a Mediterranean diet were 0.29% less likely to suffer from a hip fracture than women who didn’t stick to the diet. The other three diets showed negligible success.

An older study of 127 men aged 55 to 80 involved the random assignment of each participant to either a low-fat control diet or a Mediterranean diet featuring one of these two elements:

– at least 50 milliliters (a little more than three tablespoons) of olive oil on a daily basis,

– or 30 grams daily of almonds, hazelnuts, and walnuts.

Only the diet with extra olive oil, according to researchers, showed bone-marker benefits. The group consuming extra olive oil enjoyed improvements in blood levels of osteocalcin and P1NP, both markers of bone health. They also showed an increase in betacell function, suggesting a protective effect on bone.

Furthermore, blood levels of calcium remained stable in the olive-oil group over the course of the study but dropped significantly in the other two groups. “The intake of olive oil,” according to researchers, “has been related to the prevention of osteoporosis in experimental and in vitro models. This is the first randomized study which demonstrates that olive oil preserves bone, at least as inferred by circulating bone markers, in humans.”

A study of 4,168 Spanish women—average age 68, with no previous history of cancer—revealed a lower risk of breast cancer in those assigned to the Mediterranean diet. The study was published in JAMA International Medicine. Each participant was randomly assigned either to a control group instructed to modestly decrease fat intake or to one of two groups that continued a Mediterranean-style diet. One of the two groups received about a quart of extra-virgin olive oil every week for use in meal preparation. The other received an additional 30 grams (roughly an ounce) of nuts per day, a mix of walnuts (50 percent), almonds (25 percent), and hazelnuts (25 percent).

Findings showed a lower risk of breast cancer in the two groups assigned to the Mediterranean diet, especially those in the group with added extra-virgin olive oil. Joel Mason, MD, director of Tufts’ HNRCA Vitamins and Carcinogenesis Laboratory, says, “Generally speaking, this provides additional evidence that a Mediterranean diet, particularly if it is enriched in extra-virgin olive oil, conveys protection against a common cancer.”

Tempering the findings is the fact that olive oil increase calories. Says Alice H. Lichtenstein, DSc, director of Tufts’ HNRCA Cardiovascular Nutrition Laboratory, “The message should not be that adding olive oil to your diet will result in lower breast cancer risk. That approach will increase caloric intake, which will result in weight gain, a risk factor for breast cancer. If someone wants to increase their olive oil intake, they should replace foods high in animal fat, such as full fat dairy and fatty meat, with olive oil.”