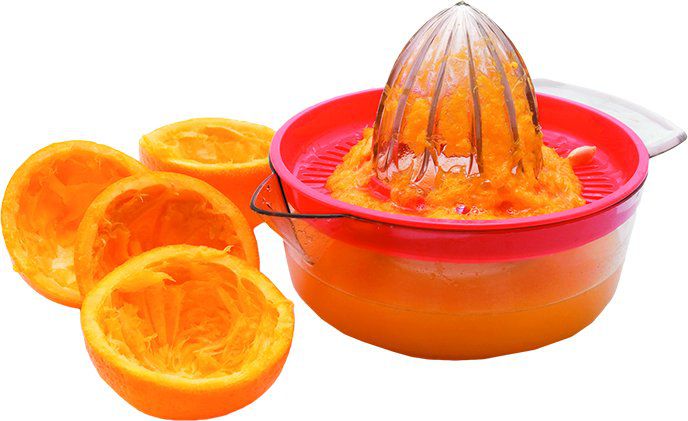 What foods have you thrown out recently? Maybe some slimy salad greens, moldy bread or a bit of leftover spaghetti? If you can’t think of any food you’ve tossed lately, you’re doing better than most of us. Each year, the average family of four throws out over 1,000 pounds of food at a cost of $1,500.

“If you buy strawberries that you leave to mold in the back of your refrigerator, that’s a cost you didn’t have to experience,” says Norbert Wilson, PhD, a professor of food policy at Tufts’ Friedman School. “Environmental and social factors – like the energy, water, cropland and labor costs – used to produce the food are other important considerations.” And, food that ends up in the landfill decomposes and releases methane, a greenhouse gas that contributes to climate change.

There’s a lot you can do to reduce waste (and save money) at the store and at home:

“One thing that happens – and research is starting to confirm this – is that we think we’re going to do better than we actually do,” Wilson says. For example, we may buy a larger size of a food because it costs less per ounce but end up wasting some because it’s more than we need or we don’t store it properly – like a half-used jar of pasta sauce.

“We’ve done experiments where we’ve asked people how much of a food product they thought they’d waste and compared their response to this question for small versus large versions of the same product,” Wilson says. “Much to my surprise, people said they were ultimately going to waste more of the larger size of the product – even when the date on the product was far into the future. So, we need to be very careful about buying certain foods in large quantities unless we have a plan for what we’re going to do with them.”

“The food supply chain, including food distributors and grocery stores, are really efficient at food storage,” says Jonathan Deutsch, PhD, a chef and professor of culinary arts and food science at Drexel University in Philadelphia. “They carefully control factors like temperature and humidity.” That can be hit or miss at home. So, consider buying fresh food more frequently but in smaller quantities. If in doubt about how to best store food, ask grocery store managers, such as produce or meat managers.

“Many consumers assume the refrigerator is the right storage place for all perishable food, but that’s not true for foods such as tomatoes and avocados, which do better at room temperature,” Deutsch says. “And, sometimes people wash all of their fresh produce as soon as they get home. Unfortunately, that removes any protective coating that may have been on the produce and waterlogs it. So, the food molds and spoils faster than if you had washed it right before use.”

Food waste is the single largest component of solid waste in US landfills.

“Check what’s in your pantry, your refrigerator and your freezer before you go shopping,” says Andrea Spacht, a sustainable food systems specialist at the Natural Resources Defense Council in San Francisco. Pay attention to what foods are closest to deteriorating, and plan to use them first.

If you can’t use a food in time, consider freezing it. Spacht says most foods can be frozen, even milk. (But use frozen, thawed milk for baking and cooking, rather than drinking, since some fat separation occurs). “If you pre-portion foods before you put them in the freezer, they’re a lot easier to use later,” she says. “And, label and date the food so you know what you have.” Buying frozen foods, such as fruits, vegetables and fish, helps avoid pitfalls of keeping fresh foods on hand.

Although fruit that is soft or mushy may not be great for eating out of hand, it often has the best flavor and works well in baked items. “If you can’t use overripe fruit before it will rot, chop it up and put it in a freezer bag, then pull it out later to use in recipes,” Deutsch says. He suggests adding the fruit to whole-wheat pancakes or muffins, putting it in a smoothie, making a sorbet, baking a cobbler or using it to make a fruit sauce or jam.

For vegetables, oftentimes you can cut away the bad part and still use the rest. But, what about old lettuce? “You may not want leafy greens that are past their prime in a salad, but they cook really well,” Deutsch says. “You can cook lettuce the same way you’d cook spinach or kale. It’s delicious to chop a head of romaine lettuce and saut it in olive oil, chopped garlic and a bit of crushed red pepper, if you like.”

Another strategy is hiding cosmetic imperfections on vegetables by using them in mixed dishes like soup or casserole. “For example, blemished green beans are great in a casserole where you have a sauce and aren’t really going to see much of the beans anyway,” Deutsch says.

Think you can’t use parts like stalks, stems, leaves or peels? Think again. “If you buy a head of broccoli (or cauliflower) and only eat the florets, you’re throwing good, nutritious food in the trash,” Deutsch says. He suggests using the stalks to make a slaw, sauce or stir-fry. Or, add them to whatever dish you’re using the florets in.

Fruit and vegetable peels shouldn’t be overlooked either. “I see a lot of people automatically peeling things like cucumbers because they assume they’re tough or bitter, but they don’t actually taste them,” Deutsch says. A quick taste test could save you the time and effort (and wasted money and fiber) of peeling skins that are perfectly edible.

Even citrus peels can be put to good use. “People may pay $5 for a small jar of orange zest at the supermarket, but they’ve probably produced a few pounds of it a year just by eating oranges,” Deutsch says.

The next time you eat citrus fruit, save the peel and scrape away the white pith (which is bitter), and then dry it for future use. Either use a food dehydrator or simply spread the peels on a parchment paper-lined baking sheet and dry them in a 200˚F oven for about 30 minutes or until they’re dry. Store in an airtight jar and use in baked goods, marinades or a cup of tea. (Learn how Tufts scientists are researching ways the food industry could make better use of orange refuse, see below.)

Although you likely save half a casserole or pot of soup when it’s leftover (making an easy lunch the next day), what if only a few bites or a single serving are left? Try having one or two days a week where you eat up these odd morsels that would otherwise go to waste. “In our household we have Smorgasbord Saturdays where we eat up little bits of leftovers from the past few days – like the one serving of asparagus, spaghetti and brown rice – in a buffet-style meal,” Spacht says.

In some cases, you can use leftovers to make a new dish, such as soup, sandwiches or casserole. “Eggs are your best friend when it comes to using up leftover odds and ends,” Deutsch says. “For example, combine leftover vegetables, pasta, meat or fish, sauces and even restaurant leftovers (if stored safely) with eggs to make a crustless quiche. The eggs help hold everything together.”

Spacht notes that we’ve become disconnected from how food is produced and its value. “People have picked up this idea that more is better,” she says. “We like more food on our plate, more options and pretty-looking produce. But, that can lead to a lot of waste at restaurants, in supermarkets and at home.”

If we change our habits as consumers, it can encourage stores and restaurants to change their ways, too. “If a restaurant runs out of a special before the end of the night, let them know that’s OK, rather than expecting them to overstock so they don’t run out,” Spacht says. Similarly, stores have learned that consumers like abundantly-stocked produce displays, but that can lead to waste, too. So, don’t overlook that last bundle of asparagus.

Some stores discount items that are past their prime, like produce and bread. “If people buy those items, that encourages stores to sell them rather than throwing them away,” Spacht says. “If a store doesn’t offer a bargain bin, ask if they’d start one.”

Every effort makes a difference. “It’s not like most of us are throwing out hundreds of pounds of food all at once,” Spacht says. “It’s all of the little things we’re throwing out here and there that adds up.”

While you focus on getting the most out of the food you buy, scientists and the food industry are looking at how to make the most of the food produced and sold. That could be a win-win. It can make companies more profitable and has the potential to provide consumers with more nutritious products.

“We’re interested in retrieving health-promoting ingredients normally lost in the waste stream of food processing,” says Jeffrey Blumberg, PhD, a senior scientist in Tufts’ HNRCA Antioxidants Research Laboratory. One product that he and his colleagues are studying is orange pomace. That’s a fiber- and flavonoid-rich byproduct from oranges after they’ve been squeezed for juice and includes segments, broken pulp sacs and the core in the center of the fruit.

In a preliminary, short-term trial, Blumberg and colleagues served 34 overweight men (average age, 52) breakfast with either 1 cup of an orange-colored/flavored beverage (placebo) or the placebo beverage with added orange pomace (supplying about the amount of fiber you’d get from 1 oranges and flavonoids roughly equal to 1orange). When men drank the orange pomace-fortified beverage at breakfast, they had significantly lower blood sugar and insulin responses to breakfast and lunch meals rich in carbohydrate and fat, compared to drinking the placebo beverage. The study was published in the journal Nutrients.

Although further research is needed, Blumberg says adding orange pomace to orange juice may be a feasible way to make it closer nutritionally (in fiber and phytochemicals) to a whole orange.

In a study recently published in Food Quality and Preference, Tufts’ Wilson led an experiment to see how a sampling of 200 consumers responded to the dates on cereal, salad greens and yogurt. The study showed people would discard 50% more of the value of foods, including cereal, when marked with a “use by” date compared to a “best by” or “sell by” date.

“We suspect thats because people assumed the foods were no longer safe to consume after the date,” Wilson says. However, thats not necessarily what food manufacturers mean when they use such lingo. This points to a bigger problem of inconsistent use of language for food dates, all of which are voluntary to include (except for dates on infant formula).

Although not mandated, the following usage was recently encouraged (in addition to phasing out other date language) by the FMI and GMA, which they hope to be in widespread use by the summer of 2018:

– Best if used by: Indicates peak quality if used by the date. After that date, the food is still safe to eat (assuming it wasnt mishandled) but may not taste or perform as expected.

– Use by: For use on highly perishable foods and/or foods that have an increased food safety risk and shouldnt be consumed after that date.