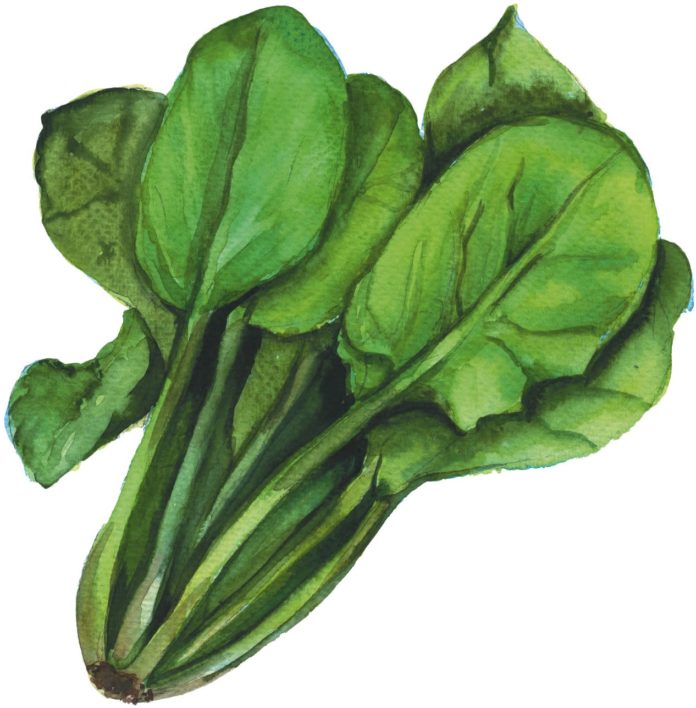 Preliminary studies in humans and animals suggest that getting adequate amounts of vitamin K might help to slow the progression of osteoarthritis—a common condition marked by breakdown of joint cartilage and associated inflammation and disability. An estimated 30 million Americans have osteoarthritis.

Right now, it’s known that maintaining a healthy weight and being physically active can slow down osteoarthritis, but doctors don’t have other ways to prevent or treat it beyond symptom control. That could change if vitamin K research pans out.

“What’s really compelling about the osteoarthritis story is that there is no medical treatment for it, even though osteoarthritis the most common disabling disease in the lower extremities in older adults,” says Sarah Booth, PhD, senior scientist and director of the Tufts’ HNRCA Vitamin K Laboratory. “People are looking for dietary interventions, and vitamin K has promise.”

Vitamin K basics: Vitamin K was originally discovered because of its role in blood clotting, which protects you from excessive bleeding after an injury. Not coincidentally, the “K” in vitamin K comes from the German word for “coagulation.” People who take the blood thinner warfarin (Coumadin) have to make sure to keep their dietary intake of vitamin K steady. Changes in vitamin K can alter Coumadin’s effects.

Protecting joints: Booth has been involved in research on vitamin K and arthritis for more than a decade. She and colleagues at Boston University were actually the first scientists to explore the vitamin K-osteoarthritis connection.

Currently, Booth is working with Tufts’ HNRCA colleague Kyla Shea, PhD, to better understand the role of vitamin K in osteoarthritis. Vitamin K is present in multiple organs and tissues, including the liver, heart and pancreas. Booth and Shea are focusing on the nutrient’s role in helping the body thwart a damaging build up of calcium in joint cartilage, called calcification.

With funding from the National Institutes of Health, Shea has published a study in Arthritis Care & Research that suggests vitamin K may work with vitamin D to prevent calcification. If so, it implies that an overall healthy diet may help people with knee arthritis to experience less pain and disability.

Vitamins and Daily Function: The study involved two different groups of older adults, average age 60 to 75. In one study, Shea and her colleagues evaluated the participants’ daily intakes of vitamins K and D based on food questionnaires and assessed their walking speed and ability to perform chair stands, a test of leg function, every year for 4 years. In the other study, Researchers measured blood levels of vitamin K and D levels and lower-extremity function three times over 4 to 5 years. In both studies, the people who had adequate levels of vitamin K and D were able to walk usual distances faster and rise from a chair or sit back down again more easily.

It’s not entirely understood why people with knee arthritis appear to benefit from having adequate levels of vitamins K and D. Subject to confirmation in further research, Booth and Shea suspect it’s because both K and D are required to insure the proper functioning of the matrix-Gla protein (MGP), a protein that appears to help prevent calcification. Joint tissue needs vitamin D to manufacture MGP; then, vitamin K triggers a biochemical change that makes MGP fully functional.

Vitamin K Shortfall: There may be a substantial number of people not getting the recommended adequate intake of vitamin K. Two graduate students in Booth’s lab, Stephanie Harshman and Emily Finnan, recently completed a study based on data from the National Health and Nutrition Examination Survey. Their analysis covered the period before 1997—when the recommended daily intake of vitamin K was set—to the present.

According to guidelines, the adequate daily intake of vitamin K for adults aged 19 years and older is 120 micrograms (mcg) for men and 90 mcg for women.

“We believe that vitamin deficiency isn’t what causes the start of calcification,” Booth says. “Something else will start the process, such as injury or inflammation. Then, if there’s not enough vitamin K, MGP doesn’t function, and it can’t stop the calcification from spreading.”

What Should You Do?

Booth does not recommend that people with arthritis start taking more than the recommended amounts of vitamin K and D (in the form of supplements) in hopes of enhancing MGP’s protective powers. “You would only see a change in people who are very low in vitamin K and vitamin D,” Booth says. “We are not promoting supplementation of these vitamins. We are targeting people who are not getting enough.”

So, in addition to supporting blood clotting, vitamin K may help to slow the progression of joint damage from arthritis—but it will take a clinical trial to establish that definitively. For now, just get the recommended amounts of vitamin K and D from your diet recommended by the National Academy of Medicine. Eat green leafy vegetables, which provide phylloquinone, the main form of vitamin K obtained from plant foods.

–Physical therapy: A therapist can work with you to develop a stretching and strengthening routine to relive symptoms and keep you active.
-Weight loss: If you are overweight, shedding some pounds reduces the pressure you place on your knee joints.
-Walking: For those with milder arthritis, regular brisk walking or even light jogging has been shown in some studies to slow the progression of osteoarthritis.
-Acupuncture: Studies on acupuncture for joint pain are mixed, but some doctors think it’s worth a try for a few months.
-Supplements: Research is mixed on whether glucosamine and chondroitin sulfate and other purported “joint support” supplements relieve pain, with the data trending toward no benefit. But some people feel the pills make a difference.

Osteoarthritis: a disease that damages the slippery tissue that covers the ends of bones in a joint. This allows bones to rub together. The rubbing causes pain, swelling, and loss of motion of the joint. Over time, the joint may lose its normal shape. The condition can cause bone spurs to grow on the edges of the joint. Bits of bone or cartilage can break off and float inside the joint space, which causes more pain and damage. Unlike some other forms of arthritis, osteoarthritis affects only joints and not internal organs. It is the most common type of arthritis.