If you take supplements in an effort to raise your blood levels of vitamin D, protect your bone health, or boost your immune system, you may be surprised to learn we don’t actually have any proof that taking vitamin D supplements benefits health in the general population—and there is a lot of evidence that it has little effect.

The Sunshine Vitamin. Vitamin D plays a wide variety of roles in the body. It is best known for its essential role in calcium absorption and as a vital part of building and maintaining healthy bone, but receptors for vitamin D are found in many of the body’s organs and tissues, suggesting it has a wide range of other functions. For example, metabolites of vitamin D have been identified as part of processes that reduce inflammation and modulate cell growth, immune function, and blood sugar control. They are also involved, directly or indirectly, in the regulation of thousands of genes.

Vitamin D is known as the “sunshine vitamin” because it is made by our skin when we are exposed to the sun. How much unprotected sun exposure is necessary to maintain adequate vitamin D levels depends on many factors, including how far one lives from the equator, season, time of day, skin pigmentation, and age. Some studies suggest that exposing the arms, hands, and face (or arms and legs) to the sun for 10 to 30 minutes a few times a week will be adequate for many people. It is important to take your personal sensitivity to the sun and family history of skin cancer into account when deciding what is right for you. The risk of developing skin cancer makes it prudent to limit exposure to the sun without sunblock.

True vitamin D deficiency—blood levels less than 12 nanograms per milliliter (ng/mL) or 30 nanomoles per liter (nmol/L)—can lead to bones that are thin, brittle, or misshapen, causing a condition called rickets in children and osteomalacia in adults. Low blood levels are also associated with development of osteoporosis in adults (see page 6).

Conflicting Information. Observational studies have found an association between low blood levels of vitamin D and higher risk of a wide number of common health conditions, but numerous randomized controlled trials testing the effects of taking supplements to address this risk have had disappointing results. To date there is no evidence that taking vitamin D supplements has any significant benefit on mortality, risk for fracture, or risk of developing type 2 diabetes, and there is inadequate evidence to support taking vitamin D to prevent falls, cancer, cardiovascular disease, depression, or infection, or to help with physical functioning in the general population.

Let’s take a look at some specific cases: 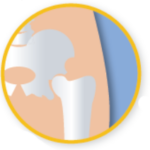 Bone Health: “A classic study on vitamin D- and calcium-deficient women in nursing homes found that supplementing with 800 International Units (IU) vitamin D and high doses of calcium to correct deficiency led to quick and dramatic reduction in hip fracture risk,” says Bess Dawson-Hughes, MD, senior scientist and director of the Bone Metabolism Team at the Human Nutrition Research Center on Aging. Studies on vitamin D supplementation for bone health and fall risk in the general population have not shown such benefits. This means, while supplements are recommended for older adults living in nursing homes with low levels of vitamin D, supplementation is not currently supported for bone health in the general population. 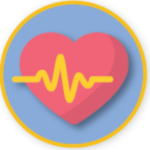 Cardiovascular Disease (CVD): Observational research has found that people with low vitamin D levels have higher risk for CVD, but 21 randomized controlled trials (RCTs) including over 83,000 participants found supplementation with vitamin D was not effective for prevention of heart attacks, stroke, or death. 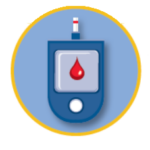 Diabetes: Similar to CVD, observational studies have consistently linked higher blood levels of vitamin D to lower risk of developing type 2 diabetes. But a large clinical trial led by Anastassios G. Pittas, MD, MS, chief of the Division of Endocrinology, Diabetes, and Metabolism at Tufts Medical Center, showed that vitamin D supplementation did not significantly reduce the likelihood of developing type 2 diabetes in people with prediabetes who already had sufficient vitamin D levels. “When we did further analysis of the data, it appeared that supplementation did reduce the risk of developing diabetes for participants with prediabetes who had very low vitamin D levels at the start of the study,” says Pittas, “but this group was too small to draw any firm conclusions.”

The trials testing the impact of vitamin D supplementation on health outcomes do have some confounding factors. “In many of these studies, participants were not vitamin D deficient to begin with,” says Dawson-Hughes. “It is my contention that supplementing people who are already replete is not effective, so studies on people with adequate vitamin D levels are bound to show no benefit of supplementation.” Pittas agrees. “Another challenge with large trials is that we can’t control all aspects of people’s behavior,” Pittas adds. “If people in the placebo group start taking vitamin D supplements during the study period, the two groups are no longer as differentiated at the end of the study.”

What is Low? An additional uncertainty around the benefits of raising vitamin D levels is that experts disagree on what level to aim for. The optimal blood level of vitamin D for bone and general health may vary by stage of life, race, and ethnicity. As stated above, a level of 12 ng/mL or less is considered deficiency. A level of 12 to 20 ng/mL is thought to put some people at risk of inadequacy, and levels of 20 ng/mL or more are considered sufficient for most people. Some healthcare providers follow the 2011 recommendations of the Endocrine Society, which state that a concentration of more than 30 ng/mL is necessary to maximize the effect of vitamin D on calcium, bone, and muscle metabolism. “People need to understand that the Endocrine Society recommendations were developed for people with endocrine disorders,” says Dawson-Hughes. “The Society has a committee reviewing those recommendations now, so they might change. As best we know, a level of 20 ng/mL or above should be fine for most people. Don’t overdo it with the supplements. Research has found an association between levels over 40 ng/mL and higher risk of falls.”

In April of this year, the U.S. Preventive Services Task Force (USPSTF) concluded that “current evidence is insufficient to assess the balance of benefits and harms of screening for vitamin D deficiency in asymptomatic adults.” The USPSTF does not recommend routine testing of vitamin D blood levels in asymptomatic adults who are not pregnant or living in nursing homes or similar institutions.

What to Do: Although sunlight is the main factor in adequate vitamin D levels, a healthy diet can also help. The Recommended Dietary Allowance (RDA) for vitamin D (the average daily level of intake sufficient to meet the nutrient requirements of nearly all healthy individuals) is 600 IU for males and females ages one to 70 years (including women who are pregnant and lactating), and 800 IU for those over 70. There are not many foods that naturally contain vitamin D. Fatty fish are a prime source. Three ounces of canned salmon, for example, provides about 465 IU. Other natural sources include mushrooms exposed to ultraviolet light and egg yolks. In the U.S., most dietary vitamin D comes from fortified foods. Cow’s milk and infant formula must be fortified with 400 IU per quart (or about 100 IU per 8-ounce cup). Many plant-based milk substitutes are also fortified at this level. Food manufacturers may choose to add vitamin D to other foods, so you can find varying levels in some (but not all) dairy products like cheese and yogurt, ready-to-eat breakfast cereals, and fortified orange juice.

“Vitamin D levels can be increased with food and sun exposure,” says Pittas, “but it’s very difficult and unpredictable.” If your healthcare provider recommends supplements, look for vitamin D3 (which is better absorbed than D2) and be sure the brand you buy has a stamp on the label indicating it has been tested and approved by an independent lab.

Here is what to do if you are concerned about your vitamin D levels:

Stay Informed: At the moment, there is no strong data that raising blood levels of vitamin D through supplementation improves health in the general population.

Enjoy Some Sun: Try to expose your face and arms to the sun for 10 to 30 minutes a few times a week. Take your personal and family history into account when determining how much time in the sun without sunscreen is prudent for you.

Eat a Healthy Diet: An overall healthy diet is associated with better bone health. This should include sources of vitamin D, like oily fish, dairy foods, or other fortified sources.

Aim for a Healthy Weight: Use your healthy dietary pattern and physical activity to improve or maintain your weight.

Ask Your Doctor. If your doctor finds you have low vitamin D levels (<12 ng/ml), she or he may recommend supplements.