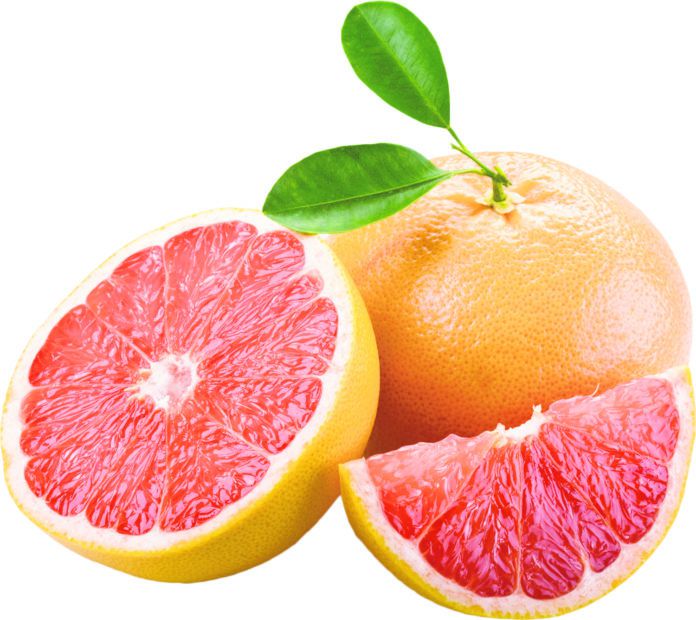 Grapefruit has a lot going for it nutritionally. Half a grapefruit delivers 64% of your daily vitamin C and 28% of vitamin A in a refreshing package containing only 52 calories. Naringin, a flavonoid that helps give grapefruit its distinctive bitter tang, helps the body break down fats, improving lipid metabolism and making the fruit a favorite with dieters. Even the scientific name for the grapefruit tree-Citrus paradisi-suggests that the fruit has long been thought of as a taste of paradise.

But the delicious and nutritious grapefruit is also Exhibit A for the risks of interactions between popular foods and common medications. A review published late last year in the Canadian Medical Association Journal boosted the number of drugs known to have serious interactions with grapefruit from 17 to 43. In all, 85 medications have been found to be affected by grapefruit, though not all these interactions are serious. Among the drugs found to have potentially life-threatening interactions with grapefruit are statins, blood-pressure drugs and anti-clotting agents-a virtual whos who of prescriptions for cardiovascular conditions.

Grapefruit is the most widely studied but not the only food that can interact with medications, cautions Irwin H. Rosenberg, MD, editor of the Tufts Health & Nutrition Letter. This is a very complex subject, and one thats important to discuss with your healthcare professional. Food and drug interactions can be important for anyone, but may be especially serious for people over age 70, as the bodys ability to compensate for high concentrations of drugs declines with age.

SUPERCHARGED STATINS: Originally, the naringin in grapefruit was thought to be the primary culprit in its drug interactions, but more recent research has focused on a type of compounds found in grapefruit called furanocoumarins. These compounds are also found in limes, pomelos (a cross between grapefruit and tangerines) and Seville oranges (bitter or sour oranges), but not in sweet oranges such as Valencia or navel. Few reports of food-drug interaction cite these other fruits, however.

The furanocoumarins in grapefruit inhibit the action of an enzyme called CYP3A4 found in the liver and gastrointestinal tract. Normally, CYP3A4 partially inactivates many medications such as statins. When CYP3A4 is blocked by furanocoumarins, however, more of the medication-sometimes substantially more-enters the bloodstream, with potentially dangerous results.

Testing has found that combining grapefruit with cholesterol-lowering medications such as atorvastatin (Lipitor), simvastatin (Zocor) or lovastatin (Mevacor, Altoprev) can increase levels in the bloodstream by up to seven times the normal dosage. This may sound like a super cholesterol-busting combination, but its rife with side effects including gastrointestinal bleeding and a condition called rhabdomyolysis. That occurs when the breakdown of muscle fibers leads to the release of muscle fiber proteins (myoglobin) into the bloodstream, overwhelming and damaging the kidneys.

HEART DRUGS AND MORE: Grapefruit-drug interactions can also trigger heart block, in which the electrical signals that control the rate and rhythm of heartbeats are slowed or disrupted, and an arrhythmia called torsades de pointes. This wild and rapid beating of the heart leaves it unable to pump blood. Drugs that can combine with grapefruit to cause these complications include dronedarone (Multaq), amiodarone (Cordarone) and quinidine-ironically, all anti-arrhythmia medications.

Other cardiovascular drugs that may react with grapefruit include eplerenone (Inspra, risk of arrhythmias and high blood calcium levels), ticagrelor (Brilinta, gastrointestinal or kidney bleeding) and rivaroxaban (Xarelto, gastrointestinal bleeding). Both felodipine (Plendil) and nifedipine (Procardia), calcium channel blockers prescribed for hypertension, have some risk of combining with grapefruit to cause low blood pressure and peripheral edema.

Grapefruit may also substantially increase the effects of buspirone (Buspar), an anti-anxiety drug; sertraline (Zoloft), an antidepressant; and cyclosporine and other immunosuppressants. Grapefruit can also interact with some medications to make them less, not more, potent. The common antihistamine fexofenadine (Allegra) is affected in this way, as is the anti-clotting drug clopidogrel (Plavix).

HOW TO MANAGE: Dont assume you can avoid these interactions by consuming only modest amounts of grapefruit or timing when you take your medication. Canadian researchers reported that one grapefruit or small glass of juice, less than eight ounces, might trigger a reaction, yet larger amounts did not substantially further increase the concentration of drugs after a small amount tripled it. Even waiting 24 hours after drinking grapefruit juice before taking a blood-pressure medication still was associated with blood levels of the drug 25% higher than normal.

Grapefruit lovers can take hope, however, in research being done at the University of Floridas Citrus Research and Education Center to develop a hybrid fruit with significantly lower interaction potential.

In the meantime, if you have your heart set on eating grapefruit at breakfast, ask your doctor about safe alternatives. Among statin drugs, for example, rosuvastatin (Crestor), fluvastatin (Lescol) and pravastatin (Pravachol) dont appear to interact with grapefruit products.

OTHER FOODS:Although grapefruit and drug interactions are by far the most common, other foods can also affect your medications. Examples include:

For specific advice on many common medications, visit www.fda.gov/Drugs/ResourcesForYou/Consumers/ucm297002.htm. Scroll down to Avoid Food – Drug Interactions to download a free booklet.