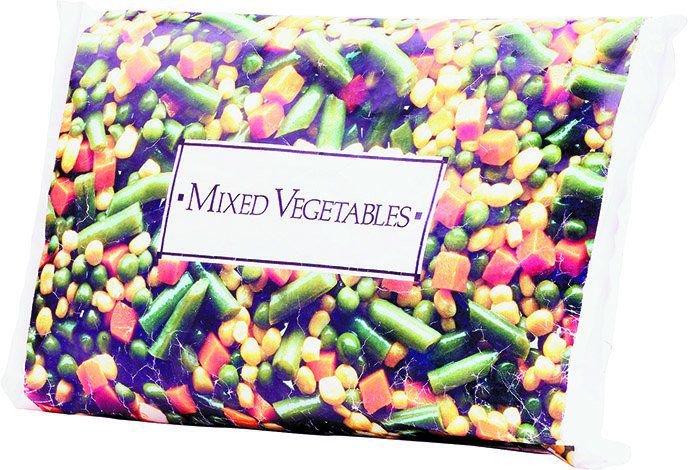 The next time someone rails against the evils of processed foods—such as proponents of the current “eating clean” fad—keep in mind that “processed foods” include:

“You hear the term ‘processed food’ thrown around a lot these days, but you have to use common sense,” says Alice H. Lichtenstein, DSc, director of Tufts’ HNRCA Cardiovascular Nutrition Laboratory and executive editor of the Health & Nutrition Letter. “Even though technically ‘processed,’ pasteurized milk is safer than unpasteurized. Frozen produce, because it’s picked and frozen at the peak of freshness and ‘processed’ quickly, is as nutritious as fresh or in many cases more so. And if the convenience of ripping open a bag of baby-cut carrots makes you more likely to snack on them instead of chips or cookies while preparing dinner, that’s good fallout from processing.”

The US government defines “processed food” as “any food other than a raw agricultural commodity that has been subject to processing, such as canning, cooking, freezing, dehydration or milling.” Basically, that encompasses anything that has been altered from its original state beyond basic cleaning, brushing off dirt or removing leaves and stems. Even polished apples might be considered “processed,” and peeled or pre-cut fruits are definitely processed, however minimally. Any food that contains added salt, sugar, fat or additives or that has been mixed with other ingredients is considered processed, too. (That includes something like iodized salt, which has essentially wiped out goiter in the US.)

SAFETY AND NUTRIENTS: Apart from the advantages of convenience, processed food may be safer because contaminants have been removed (as in prewashed salad greens) or destroyed (as in pasteurized milk). Many processed foods also last longer without spoiling or becoming unsafe to eat.

Cutting and chopping produce can make some nutrients more available to the body by breaking down cell walls (though it speeds deterioration of water-soluble nutrients). So can heating, including the heat of canning, although heat also destroys some vitamins: The lycopene in canned tomatoes and tomato sauces is more accessible than in fresh, uncooked tomatoes.

Freezing not only locks in the nutrients of fruits and vegetables, but makes them affordably available all year long. Frozen vegetables are easy to quickly add to a stir-fry or stew, making it more likely fruit and vegetable recommendations will be met.

Freezing makes seafood more readily available, too. Unless you live near a coast, flash-frozen seafood is the best way to meet recommendations to eat two fish meals per week.

DIETARY DOWNSIDES: Not all the news about processed foods is good, of course, or nutrition experts wouldn’t spend so much time warning against them. Food that has been highly modified, with lots of added calories, including saturated fat, sugars and starches, has helped fuel the obesity epidemic and Americans’ worst eating habits.

A recent study, in fact, sought to quantify the contribution of moderately and highly processed foods to unhealthy dietary trends. Published in the American Journal of Clinical Nutrition, the study analyzed purchases of packaged goods for 157,142 US households from 2000-2012, classifying the contents of more than 1.2 million products. Jennifer M. Poti, PhD, of the University of North Carolina, and colleagues concluded that highly processed foods and beverages contributed 61% of the calorie intake of those households. Moderately processed items added another 16%, for a total of more than three-quarters of average calories. Highly processed and ready-to-eat products were significantly higher in saturated fat, sugar and sodium.

What counts as a “highly processed” product? There is no official government definition. Poti and colleagues used the definition of “multi-ingredient industrially formulated mixtures processed to the extent that they are no longer recognizable as their original plant or animal source.” Among the highly processed foods that contributed the most calories in the study were refined breads, grain-based desserts, sugar-sweetened beverages, salty snacks, candy, ready-to-eat cereals, ice cream, mayonnaise, salad dressing, pasta sauce, ketchup, margarine and shortening.

“Moderately processed” foods were defined two ways: those processed only by the addition of flavors but otherwise recognizable as their original plant or animal sources, and grain products such as whole-wheat breads and cereals with no added sweeteners or fat.

But a 2012 study of processed foods in the US diet led by Heather Eicher-Miller, PhD, of Purdue University suggested that processing is not a major determinant of a food’s contribution to dietary intake. That study concluded that “no processing category contains foods that are uniformly ‘healthy’ or ‘unhealthy.'”

NO SIMPLE RULE: How can consumers decide, then, which processed foods are healthy choices and which to avoid? Some diet pundits suggest there is some magic maximum number of ingredients beyond which a food becomes overly processed, and that the shorter the ingredients list, the better. But Tufts’ Lichtenstein says that’s not a useful guideline: “A food that has more ingredients because it has small amounts of many different herbs and spices, for example, is not necessarily less healthy.”

Others advocate avoiding any foods with artificial preservatives or other additives—anything, as some put it, that your grandmother wouldn’t recognize as food. “In some cases such additives are good, preventing unwanted bacteria, mold and fungus growth,” Lichtenstein cautions. “I rely on the FDA, which has determined that these additives are safe. Making these determinations is a complex process.”

Responding to consumer concerns, some companies have reduced their use of certain artificial ingredients. In April, under pressure from the “Food Babe” blogger and an online petition with more than 350,000 signatures, Kraft said it will replace synthetic colors in its iconic macaroni and cheese with colors from natural sources such as paprika, annatto and turmeric. Regardless of whether the health concerns over Yellow 5 and Yellow 6 artificial colors are scientifically valid, the change doesn’t make boxed macaroni and cheese any less of a highly processed food: It will still be made from primarily refined grains and contain a whopping 570 milligrams of sodium (almost a quarter of the daily maximum) and only 1 gram of fiber per serving.

The popular advice to “shop the perimeter” of the supermarket also has its flaws, Lichtenstein says. “Now frozen vegetables and fruits tend to be in the middle of the grocery store. These simple old wives’ tales may have been true at one point, but supermarkets have been redesigned.”

Buying only foods labeled “organic” avoids pesticide residues, but plenty of highly processed products nonetheless boast that they contain only USDA-certified organic ingredients. The term “natural” is much less well-defined, and does not guarantee that products aren’t highly processed or packed with calories and “natural” sugar and sodium.

SHOPPING SAVVY: If such simple rules don’t work, how can you be smart about shopping for processed foods? Lichtenstein suggests focusing on this question: “Is your food diluted?” That’s the difference, for example, between a bag of plain frozen broccoli and one with broccoli in a calorie-rich sauce. Or between frozen berries and “all-natural” berry sorbet. Similarly, buying frozen fish is smart—but skip the battered fish, where the fish has been diluted with breading.

Microwavable or parboiled “minute” brown rice packages and other grains like quinoa can replace a half-hour or more of watching the pot with 90 seconds from pantry to table. Think twice, though, about packaged foods that dilute those healthy whole grains with sauces and salty seasonings.

Canned beans make sense anytime you don’t have hours to soak and cook dried beans; a quick drain and rinse gets rid of much of the added salt if you can’t find no-salt-added beans. “Baked” or “barbecued” canned beans, however, dilute the bean content with, among other things, 12-15 grams of sugar per half-cup serving.

CONVENIENT CHOICES: Sticking with less-diluted processed foods doesn’t mean you have to sacrifice convenience or spend hours at the stove. You can throw together a quick, nutritious meal from frozen precooked shrimp and vegetables; frozen meatballs and veggies tossed with whole-grain pasta; or frozen ravioli and reduced-sodium marinara sauce. Assembling the elements yourself lets you control the quantities—less sauce or meat, more vegetables, for example.

The same goes for breakfast: Quick or instant oatmeal is fine, but retain control over how much sweetener and what form of fruit goes into the bowl. A piece of whole-wheat toast spread with peanut butter is technically a “processed” choice, but much better than a toaster pastry. With a little poking around, Lichtenstein says, some good “processed” breakfast cereals, such as shredded wheat, can be found.

So don’t shy away from all processed foods. If you really have time to trim down carrots into “baby” carrots, or just enjoy the work, by all means go ahead. But that time might be better and more healthfully spent in a brisk walk around the block.

THE COST OF CONVENIENCE

Wont you pay a price for the convenience of meals not made entirely from scratch? Not necessarilyand especially not if you figure your time is worth something. A new study published in the American Journal of Clinical Nutrition looked at how much foods would cost factoring in the typical value of labor on the part of the home cook. Comparing 100 home recipes with 143 similar processed recipes, researchers found that adding the value of preparation time made homemade protein and grain dishes more expensive. Vegetable, fruit and dairy dishes were already cheaper using processed products; factoring in prep time reinforced this difference.

The term processed means something different when applied to meatssomething you may want to limit in your diet. The American Institute for Cancer Research (AICR) defines processed meat as meat preserved by smoking, curing or salting, or addition of chemical preservatives, and says even small amounts eaten regularly increase the risk of colorectal cancer. That includes ham, bacon, sausages and deli meats. Processed meat has also been associated with an increased risk of heart disease.Its not clear whether nitrates and nitrites added to processed meats as preservatives are solely to blame, so buying deli meats free of these chemicals may not protect you. While noting that an occasional hot dog at a baseball game or ham on a holiday is unlikely to increase cancer risk, the AICR advises limiting routine processed meat consumption.