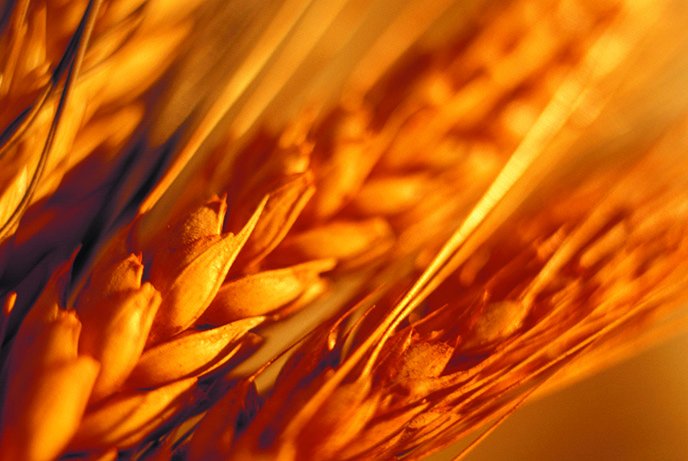 Take a look in your pantry. Do you see whole-grain pasta? Does the label on your bread say “100% whole wheat”? (Are you sure? Don’t be fooled by terms like “multigrain.”) Is your breakfast cereal made with whole grains?

“We are very fortunate these days—for almost any type of baked product there is a whole-grain option that one can choose in place of the refined-grain option,” says Alice H. Lichtenstein, DSc, director of Tufts’ HNRCA Cardiovascular Nutrition Laboratory. “Just be careful; don’t try to judge whether something is made from whole grain by its color. It is important to read the label the first time, just to make certain. Some light-colored products are made with ‘white’ whole grains and some dark-colored products are not and just appear so because caramel or other coloring was added.”

New research adds evidence and urgency to the importance of substituting whole-grain products for refined grains in your diet, as well as simply consuming more fiber. The current Dietary Guidelines for Americans recommend that at least half of your total grain intake should be in the form of whole grains, which include the entire grain seed (the bran, germ and endosperm—see box). According to the guidelines, fewer than 5% of Americans consume the minimum recommended amount of whole grains, which for many is about three ounces per day, and most average only about one-third that amount.

We’re also falling short on fiber, which is an important nutrient in whole grains and is also found in fruits and vegetables, legumes and nuts: The Adequate Intake (AI) for fiber is 25 grams daily for women and 38 grams daily for men, but average intake is only about 15 grams per day.

HEART AND HEALTH: A new study, combining data from two large ongoing research projects totaling more than 117,000 participants, underscores the health benefits associated with diets rich in whole grains. According to findings published in JAMA Internal Medicine, each additional one-ounce serving of whole grains daily was associated with a 5% lower overall mortality risk and a 9% reduction in death from cardiovascular causes. Compared to those with the lowest intake, the group consuming the most whole grains saw a 9% total risk reduction and a 15% lower cardiovascular mortality risk.

The research included data on more than 43,000 men participating in the Health Professionals Follow Up Study and more than 74,000 women in the Nurses’ Health Study. They were followed for an average of about 25 years, during which there were almost 27,000 deaths. Participants completed dietary questionnaires every two to four years, including details of whole-grain consumption.

Higher whole-grain consumption was not associated with a lower overall risk of cancer mortality. At least in men, however, eating more whole grains was linked to a lower risk of mortality due to colorectal cancer.

Given previous studies showing health benefits of whole grains, researchers weren’t surprised to find a link between increased intake and reduced mortality risk. But the research did turn up some unexpected results: Eating more bran, but not the germ of the grains (as in wheat germ), was associated with lower cardiovascular-disease mortality.

Lichtenstein cautions, “However, there is no evidence that adding bran to a diet high in refined grain will yield a benefit. It’s best to choose products made with 100% whole grain. If there is an option to get them with additional bran, that is something to consider.”

FIBER FOR LIFE: Two other new studies also support the health benefits of fiber, whether from whole grains or other sources such as legumes, vegetables, fruits and nuts. In one, using data on 7,216 older men and women participating in the PREDIMED study, higher fiber intake was strongly associated with lower mortality risk, especially from cardiovascular disease. The research focused on individuals at high cardiovascular disease risk, who were followed for an average of about six years. Those with the highest initial fiber consumption were 37% less likely to die than those in the lowest-fiber group, according to results published in the American Journal of Clinical Nutrition. Eating more fruit, which contains fiber as well as other nutrients, was also linked to reduced risk; those consuming more than 210 grams of fruit daily (7.4 ounces, the equivalent of about one large apple) were at 41% lower risk. (Don’t count juice when adding up ounces of fruit.)

In a second study linking fiber intake to longevity, researchers pooled data from 17 previous studies totaling nearly 1 million men and women, mostly in Europe and the US; during the course of the studies, about 67,000 deaths were recorded among participants. Those who consumed the most fiber from all dietary sources were at 16% lower mortality risk than those consuming the least fiber. The analysis, published in the American Journal of Epidemiology, also reported that 8 of the 17 pooled studies showed a 10% lower risk with each 10-gram daily increase in fiber intake. That’s about the amount of fiber in one bowl of bran cereal or in a combination of two slices of whole-wheat bread, one serving of beans and one large serving of broccoli.

Dietary fiber, which can be categorized either as soluble (dissolves in water) or insoluble, is the non-digestible form of carbohydrates. It occurs naturally in plants of all types, and has been associated with reduced risk of cardiovascular disease, obesity and type 2 diabetes. Fiber has been found to promote healthy lipid profiles, improve glucose tolerance and, most famously, ensure normal gastrointestinal function.

As with the findings on whole grains and mortality, however, these studies were not designed to prove cause and effect. It’s possible that other nutrients in fiber-rich foods, which tend to be healthier in general, contributed to participants’ longevity. So it’s also not clear whether taking fiber supplements would have the same effects as consuming fiber from foods.

What Are Whole Grains?

Whole grains or foods made from them contain the entire grain seedall the parts in their original proportions, including the naturally occurring nutrients. According to the Dietary Guidelines for Americans, if the grain has been cracked, crushed or flaked, a food must retain the same relative proportions as they exist in the intact grain to be called a whole grain. This means that 100% of the original grainall of the bran, germ and endospermmust be present to qualify as a whole grain. Refined grains retain only the endosperm portion of the original seed.

When consumed in a form including the bran, germ and endosperm, these are examples of generally accepted whole-grain foods and flours:

Still another new study looked specifically at fiber and the risk of stroke, a topic thats seen mixed results in previous research. Published in The Journal of Nutrition, the research looked at data on almost 70,000 participants in two long-running Swedish studies. The men and women, who ranged in age from 45 to 83 years old, were initially free of cardiovascular disease, cancer and diabetes. Over more than 10 years of follow-up, researchers recorded 3,680 new incidents of stroke.

Participants consuming the most total fiber were 10% less likely to suffer a stroke than those with the lowest intake. But the source of the fiber mattered, with only fruit and vegetable fiber associated with lower stroke risk and not cereal fiber. (Prior research, however, has found just the opposite.) In a study not designed to prove cause and effect, that leaves open the possibility that nutrients in fruits and vegetables other than fiber were responsible for some or all of the apparent protection against stroke.

Get Your Fiber Fix

Although whole grains are generally a good source of fiber, they are far from the only way to boost your fiber intake. Other high-fiber foods include: