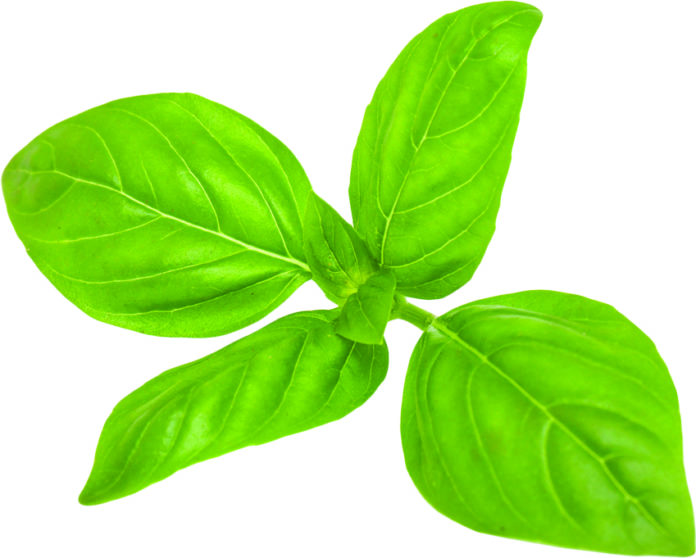 You may have read the claim that half a teaspoon of dried oregano has as many antioxidants as three cups of spinach. Its true that, using the Oxygen Radical Absorbance Capacity (ORAC) scale for antioxidant power, oregano clobbers the famously healthful spinach.

But Jeffrey B. Blumberg, PhD, director of Tufts HNRCA Antioxidants Research Laboratory, sounds a cautionary note: Some people have suggested that there are really simple ways to look at antioxidants and express their values. I would argue that when you simplify things in that manner, you add to the confusion.

Besides, Blumberg says, antioxidant content is just one component of a foods nutritional value. Dried oregano has only a tiny fraction of the vitamins A, C and K found in spinach, for example.

And in any case theres no reason you have to choose. I would never say, Skip the spinach and eat the oregano, Blumberg adds. If you want to make me really happy, give me a recipe that adds oregano to spinach.

Any type of herb that adds flavor to food without adding saturated fat or a lot of calories or sodium is a healthy choice for that reason alone-chives on your baked potato are a nutritionally smarter choice than salt, butter or sour cream. But this time of year, with fresh herbs filling our gardens and farmers markets, theres no reason to settle for dried oregano or any other dried herb.

It turns out, too, that fresh herbs-especially those we tend to consume in quantities more than a sprinkle, such as basil and parsley-really do pack a nutritional punch. If you think of them like leafy greens, theyre not so different from spinach in amounts of vitamin K, beta-carotene and vitamin C, as well as those antioxidants. Herbs can be added to a salad or other veggie dish or processed with olive oil, garlic and nuts (also healthy choices) to make pesto (go easy on the cheese).

Harvest the health benefits of these herbs now, while theyre in season and priced for picking:

BASILS BIG BENEFITS: There are more than 60 varieties of fragrant basil, a member of the mint family thats best known as the key ingredient in pesto. Just a quarter-cup of fresh basil delivers nearly a third of the Daily Value of vitamin K, a nutrient important for bone health, which may also benefit cardiovascular and cognitive health, reduce inflammation and risk for diabetes. (Since vitamin K interacts with warfarin, check with your doctor before changing your intake if youre on this blood-thinning medication.) Basil is also a source of beta-carotene, which the body converts to vitamin A. Basil oil is a natural antimicrobial agent, which has been shown to inhibit the growth of foodborne bacteria. Eugenol, the active ingredient in clove oil thats also found in basil oil, has been studied for anti-inflammatory properties.

Pesto is a perfect way to use the big crops of basil you can harvest from a summer garden, and makes a healthy alternative to cream sauces for pasta-as well as a lively sauce for salmon or other fish. To preserve basils bright color in pesto, add four teaspoons of lemon juice per two cups of packed basil, or blanch the basil leaves in boiling water for 30 seconds, then shock in ice water. Consider making your pesto cheese-free; you can always add a little Parmesan later, and omitting the cheese preserves pestos texture when reheating. If you have extra basil, you can make and freeze pesto, or process the leaves with just olive oil and freeze in an ice-cube tray (then pop out and store in freezer bags). The oil will add a taste of summer to winter dishes.

But dont stop with pesto. Here are some other ideas for adding more of this healthy herb to your meals:

– Add to fresh tomato sauces.
– Top a pizza with a chiffonade of basil leaves and fresh tomato slices. (To chiffonade basil, roll leaves like a cigar and then finely chop across the short way.)
– Toss into lettuce salads or add to fruit salads.
– Give stir-fry dishes a Thai flair by stirring in fresh basil.

For maximum flavor in hot dishes, add basil near the end of cooking.

PARSLEY POWER: Often overlooked as merely a garnish, this relative of celery (parsleys name comes from the Greek for rock celery) is loaded with vitamin K-a quarter-cup contains three times the Daily Value. Parsley is also a rich source of beta-carotene, and a quarter-cup has a third of the DV of vitamin C. The volatile oils in parsley, notably myristicin, have been studied for antibacterial and anti-inflammatory properties.

The most common types of parsley are curly and Italian flat-leaf, which is more fragrant and less bitter. The curly type was long the most popular, possibly because the flat-leaf variety resembles the poisonous weed called fools parsley.

Good for much more than just garnishing your plate, parsley can be used in pestos either along with or instead of basil. Try the flat-leaf variety, which can be found year-round, costs less than basil and keeps its color better. Other ideas for increasing your parsley intake include:

– Use to add color to soups and sauces.
– Make tabbouleh by cooking bulgur wheat and adding lemon juice, olive oil, – – equal parts parsley and mint, and chopped scallions.
– Sprinkle into salads and atop vegetables,meat or fish.
– Pure with white beans and olive oil to make a healthy spread.
– Make an Italian salsa verde with vinegar, capers, garlic, onion, anchovies and olive oil.
– Pure with garlic and spinach, then mash into cooked potatoes.

Note that parsley, like some leafy greens, contains oxalates, which may contribute to kidney stones and decrease the absorption of calcium consumed at the same meal.

MORE HEALTHY HERBS: Other popular herbs, though less nutrient-packed or less commonly used in quantity when fresh, are nonetheless healthy additions to your menus. Their theorized specific benefits, such as fighting inflammation or helping your brain, require further clinical testing-but their taste benefits have been proven over centuries:

Chives-A member of the onion family, chives are a good source of vitamin C. Like other allium vegetables-onions, garlic, shallots, leeks-they contain compounds that have been associated with reduced risk of certain cancers.

Cilantro-The leaf of the coriander plant, cilantro has been studied for anti-cancer and anti-inflammatory benefits. Its high in beta-carotene and is also a source of vitamin K. Pairing well with spicy ingredients, its a favorite in Mexican and Asian foods-except for people with an apparently genetic tendency to think it tastes like soap.

Dill-A source of calcium, manganese and iron, dill has antibacterial properties and contains volatile oils thought to help neutralize environmental carcinogens. Use dill weed to season salmon, add to yogurt and chopped cucumber, or combine in dishes with basil and cilantro.

Lemon verbena-A favorite in herbal medicine, where the lemony leaves are used to make tea, lemon verbena has been tested against joint and sinus pain and as an antimicrobial agent, and is traditionally used for digestive disorders. Lemon verbena pairs well with fruit, such as peaches.

Mint-Not just for juleps or jelly, fresh spearmint and peppermint contain beta-carotene, iron, manganese and vitamin C. Mint oils have long been used to relieve gastrointestinal distress. Use in savory dishes as well as desserts.

Oregano-Besides those antioxidant claims, oregano is high in vitamin K and a source of minerals including manganese and iron. Its volatile oils, such as thymol and carvacrol, have antibacterial properties. Also known as wild marjoram, its related to the herb known as sweet marjoram; Mexican oregano is a different species, related to the verbena family. Besides using oregano in tomato and pizza sauce, it can be added to sauted vegetables, egg dishes and salad dressings.

Rosemary-Leaves of this this small evergreen shrub, a relative of mint, contain volatile oils including rosmarinic acid, which has anti-inflammatory properties. Rosemary has traditionally been thought to stimulate memory, and its oils may indeed increase blood flow to the brain. Use to season poultry or lamb dishes, add to sauces and soups, and blend with olive oil to make a dip for bread.

Sage-A cousin of rosemary and mint, sage may contribute to better brain function, as herbalists have long claimed: One 2003 trial found that an extract of sage improved participants immediate memory recall, compared to a placebo. Compounds in sage may also inhibit acetylcholinesterase, whose activity is associated with the plaques formed in the brains of Alzheimers patients. Sage is also a good source of vitamin K. Try adding sage to beans, sauces, vegetables and poultry or fish.

Tarragon-Also known as dragons wort, tarragon has long been used as a medicinal herb, both in its French and less-common Russian varieties, for everything from battling body odor to boosting appetite to encouraging sleep. Its also a source of beta-carotene. You can preserve by freezing whole sprigs, or make tarragon vinegar.

Thyme-The musical partner of parsley, sage and rosemary, thyme comes in about 60 different varieties. Its components have antioxidant and antimicrobial properties, and its a source of vitamin K, iron and manganese. Add to sauces, beans, egg dishes, poultry and fish.