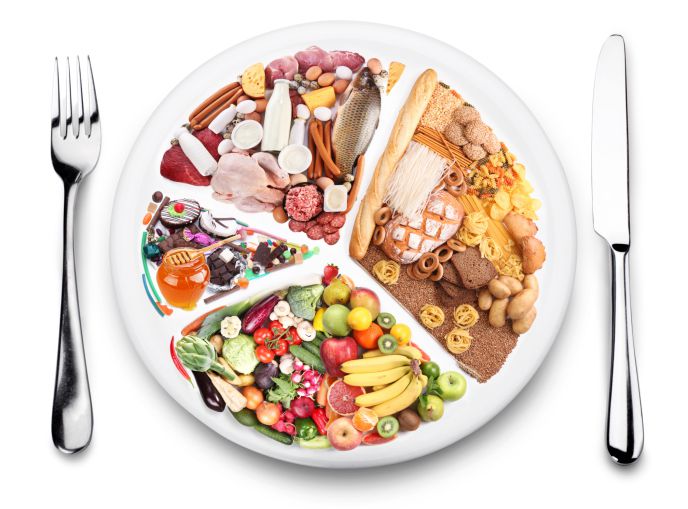 Although calorie needs decline with age due to a slowdown in metabolism and physical activity, nutrient requirements remain the same or in some cases increase, explains Alice H. Lichtenstein, DSc, director of Tufts HNRCA Cardiovascular Nutrition Laboratory. MyPlate for Older Adults provides examples of foods that contain high levels of vitamins and minerals per serving and are consistent with the federal governments 2010 Dietary Guidelines for Americans, which recommend limiting foods high in trans and saturated fats, salt and added sugars, and emphasize whole grains. MyPlate for Older Adults is intended to be a guide for healthy, older adults who are living independently and looking for examples of good food choices and physical activities.

MyPlate is the third resource based on updated USDA food icons and created specifically for older adults by Lichtenstein and Helen Rasmussen, PhD, RD, senior research dietician at Tufts HNRCA. The original Food Guide Pyramid for Older Adults, introduced in 1999, was widely used as an illustration in textbooks and manuals, featured in newsletters for older Americans, and reproduced in informational material prepared by the Departments of Elder Affairs in a number of states. It was originally updated after the government revised its symbol and introduced MyPyramid.

The new MyPlate for Older Adults spotlights different forms of vegetables, fruits and other healthy food choices that are convenient, affordable and readily available. Unique components include icons for regular physical activity, emphasis on adequate fluid intake and a focus on seasoning wih herbs and spices instead of salt-all of particular concern for older adults.

The My Plate for Older Adults graphic illustrates:

Half of the MyPlate for Older Adults includes fruit and vegetable icons, which reflects the importance of eating several servings of fruits and vegetables per day in a range of colors, says Rasmussen. Consuming a variety of produce with deep-colored flesh, such as peaches, berries, tomatoes, kale and sweet potatoes, introduces a larger amount of plant-based chemicals, nutrients and fiber into ones diet.

Lichtenstein adds, We also include icons representing frozen, pre-peeled fresh, dried and certain low-sodium, low-sugar canned options because fruits and vegetables in those forms contain as many or more nutrients as fresh and they are easier to prepare, are more affordable and have a longer shelf life.

Such factors are important, she notes, when arthritis kicks in or dark, cold days mean it is less likely someone will go out to replenish the refrigerator.

The graphic shows only one small glass of fruit juice, though thats a convenient way to add more fruit to your diet. The 2010 Dietary Guidelines, on which both MyPlate and Tufts version for older Americans are based, advises, Although 100% fruit juice can be part of a healthful diet, it lacks dietary fiber and when consumed in excess can contribute extra calories. One cup of orange juice, for example, contains just a half-gram of fiber, while a cup of orange slices delivers 4.3 grams of dietary fiber. And the whole fruit contains only about two-thirds the calories.

Besides emphasizing whole fruits and vegetables rather than juices, MyPlate for Older Adults provides examples of whole, enriched and fortified grains because they are high in fiber and other beneficial nutrients. Suggested protein sources include plant-based options such as beans and tofu as well as fish and lean meat. Lichtenstein and Rasmussen recommend vegetable oils and soft spreads as alternatives to foods high in animal fats because those products are higher in saturated and trans fat.

Some elements of the graphic factor in the special needs of older adults. Blood pressure tends to increase as we age, so it is especially important for older adults to monitor dietary salt and, for most of us, try to find ways to decrease intake, says Lichtenstein. The 2010 Dietary Guidelines for Americans emphasize limiting sodium intake to less than 1,500 milligrams per day and we echo that on the MyPlate for Older Adults by suggesting alternatives to salt such as flavoring with herbs and spices and choosing the low-sodium options of items such as canned vegetables.

You can let the spices suit your meal and your tastes-rosemary or tarragon with chicken, for example, or chile for some heat. Lemon juice can brighten up fish or vegetables.

The inclusion of several examples of liquids such as water, tea, coffee and soup addresses the common, age-related decline in thirst that can put older adults at risk for dehydration, particularly during periods of sustained hot weather.

Also intentionally represented on the MyPlate for Older Adults are a fork and knife that serve as reminders to put down remote controls and smart phones and occupy both hands with eating utensils. Lichtenstein says, The focus should be on the enjoyment of food and beverage, on the amount consumed and, whenever possible, on the opportunity for social interaction at mealtimes.

MyPlate for Older Adults promotes regular physical activity with icons depicting common activities that include daily errands and household chores. Although some of those chores do not take the place of more formalized exercise routines involving cardiovascular exercises, those included serve to remind older adults of the variety of options for regular physical activity.

Government statistics continue to show that elderly obesity rates are on the rise, indicating there is a need to educate older adults about the importance of moving regularly and consuming a diet of nutrient-rich foods with a calorie content matched to energy needs, Lichtenstein says. It seems particularly important that those nutrients come primarily from foods, especially in light of recent research showing disappointing results related to nutritional supplements. (See the January 2012 Health & Nutrition Letter.)

Lichtenstein advises older adults who are considering transitioning to a healthier lifestyle to talk with their primary healthcare provider before making major changes to diet and physical activity routines.

TO LEARN MORE: Additional copies of MyPlate for Older Adults can be downloaded from the HNRCA website, hnrc.tufts.edu.