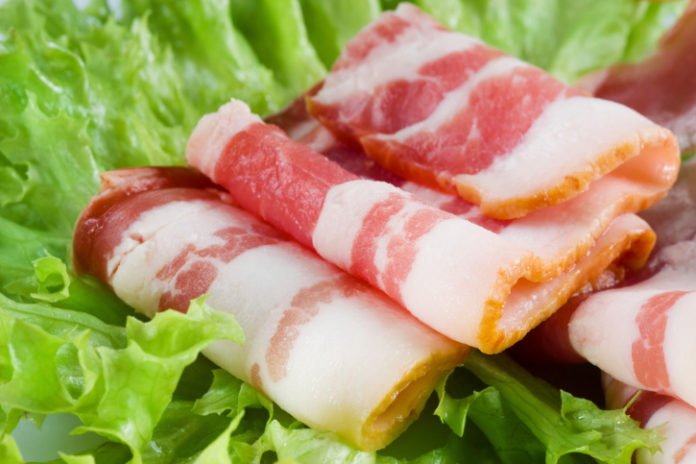 Eating processed meats such as bacon, sausage and ham appears to increase your relative risk of pancreatic cancer, as does red meat of all kinds for men. Because pancreatic cancer is relatively uncommon compared to such cancers as those of the colorectum and lung, however, even the 19% added risk associated with eating 50 grams of processed meat daily (1.76 ounces, or about four slices of cooked bacon) is relatively small. While perhaps not a reason to swear off bacon and sausage entirely, the findings might be further cause to resist reaching for that extra helping.

Susanna Larsson, PhD, of the Karolinska Institute in Sweden, and colleagues reviewed 11 prior studies totaling more than 2 million people, of whom 6,643 had pancreatic cancer. The link with processed meat consumption was observed across the board, but only men saw a greater risk of pancreatic cancer with higher red meat consumption. That could be, scientists speculated, because men generally ate more red meat, suggesting an association between risk and the highest levels of red meat intake.

But Joel B. Mason, MD, director of Tufts HNRCA Vitamins & Carcinogenesis Laboratory, cautions, The 11 component studies didnt consistently control for what are potentially important confounding variables. For example, most of the studies did not control for the incidence of diabetes, which is felt by many to be a risk factor for pancreatic cancer.

Processed meat likely affects cancer risk, Larsson and colleagues suggested, because of the nitrites and other compounds used in curing meat. Although the role of nitrites in cancer formation remains controversial, some studies have shown that these chemicals induce pancreatic cancer in animals.

These new findings, Larsson and colleagues concluded, support the American Cancer Societys recommendations to limit intake of red and processed meats. Pancreatic cancer, on the rise in the US, is the fourth leading cause of cancer deaths in part because its difficult to detect early-making preventive lifestyle steps especially important.

In more bad news for lovers of bacon and hot dogs, Spanish researchers report that consuming cured meats may worsen symptoms of chronic obstructive pulmonary disease (COPD). Eating the equivalent of about one slice of ham every day was associated with double the risk of admission to the hospital for COPD problems. The study followed 274 mostly male COPD patients, average age 68, for 2.6 years, during which 35% suffered at least one COPD readmission. The association with cured meats appeared weaker in those with only moderate COPD and those using inhaled corticosteroids. While smoking remains the top risk factor for COPD, recent evidence has suggested diet could also play a role. Scientists noted that nitrites used in curing meat could form compounds in the body that are known to cause lung damage.