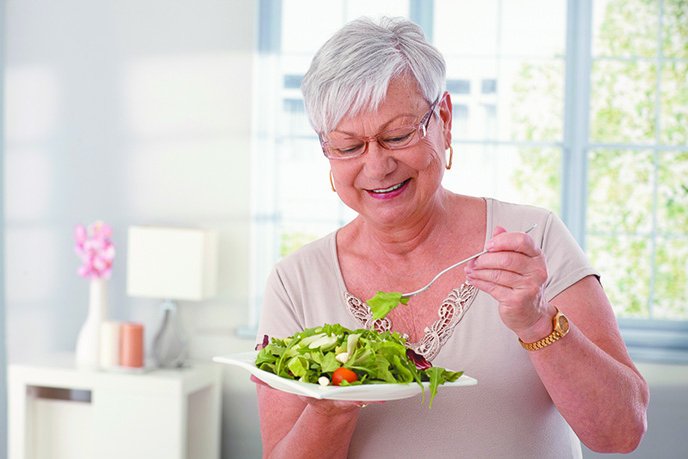 Hardly a day goes by without headlines touting the health benefits of a Mediterranean-style diet, which has been linked to lower risk of cardiovascular disease and possible brain protection. Now, a recent study suggests this style of eating may also help protect women against breast cancer.

The study compared breast-cancer risk over five years among 4,168 Spanish women with no previous history of breast cancer, average age 68. Participants were randomly assigned to a control group asked to modestly decrease fat intake or to one of two groups that continued their Mediterranean-style diet. One of those groups was provided one liter (about a quart) of extra-virgin olive oil every week. The other was supplied an additional 30 grams (about 1 ounce) of nuts per day—half walnuts, one-quarter almonds, one-quarter hazelnuts.

The findings showed a lower risk of breast cancer in the two groups assigned to the Mediterranean diet, especially those randomized to the group with added extra-virgin olive oil. Joel Mason, MD, director of Tufts’ HNRCA Vitamins and Carcinogenesis Laboratory, says, “Generally speaking, this provides additional evidence that a Mediterranean diet, particularly if it is enriched in extra-virgin olive oil, conveys protection against a common cancer.”

The study, published in JAMA Internal Medicine, looked at women enrolled in the PREDIMED trial, initially designed to examine whether a Mediterranean diet could prevent heart disease.

Adherence to the “low-fat” control diet was very low, however, which limits the strength of comparative results. The control group’s diet remained at 39% of calories from fat, which is higher than the fat content of the typical American diet. In fact, says Alice H. Lichtenstein, DSc, director of Tufts’ HNRCA Cardiovascular Nutrition Laboratory, this is “higher than the fat content of diets in most countries.”

Does Olive Oil Protect Against Cancer?

The greatest risk reduction was in those participants who consumed 15% or more of their total calories from olive oil. So is it possible that olive oil itself has a protective effect?

The study’s authors hypothesized that perhaps some compounds found in olive oil prevent the proliferation of cancerous cells. Oleic acid, found in all olive oils, and polyphenols found only in extra virgin olive oil have been shown to prevent cancer in some cell culture and animal studies. (Extra virgin olive oil, abbreviated EVOO, is produced from the first crush of the olives and so has more polyphenol compounds.)

But Dr. Mason cautions that this evidence is far from conclusive: “As acknowledged by the authors, the total number of confirmed cancers was rather small and the examination of breast cancer was a secondary endpoint, so the results should most appropriately be considered only suggestive in nature.” Since this study superimposed supplemental olive oil onto an underlying Mediterranean diet, much more research would be needed before concluding that olive oil, by itself, could help prevent cancer.

In an editorial accompanying the findings, Mitchell H. Katz, MD, noted the study’s shortcomings but added, “Still, consumption of a Mediterranean diet, which is based on plant foods, fish and extra virgin olive oil, is known to reduce the risk of cardiovascular disease and is safe.”

Tufts’ Lichtenstein cautions, “The message should not be that adding olive oil to your diet will result in lower breast cancer risk. That approach will increase caloric intake, which will result in weight gain, a risk factor for breast cancer. If someone wants to increase their olive oil intake, they should replace foods high in animal fat, such as full fat dairy and fatty meat, with olive oil.”

Katherine Pett is a student in Tufts’ Friedman School.

In the PREDIMED trial, Mediterranean dieters were instructed to follow these guidelines: