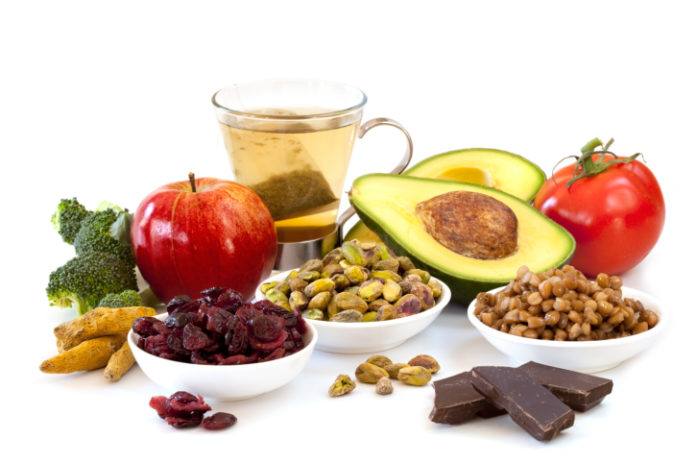 Foods rich in antioxidant vitamins C and E and selenium may help reduce the risk of pancreatic cancer-a poorly understand cancer thats often diagnosed too late for effective treatment, making prevention especially important. British researchers report that people consuming more dietary vitamins C and E and selenium (but not zinc) were at 67% lower risk for pancreatic cancer than those in the lowest onequarter of intake.

Andrew R. Hart, MD, of the University of East Anglia, and colleagues analyzed antioxidant intakes among 49 participants in the large EPIC-Norfolk study who developed pancreatic cancer within 10 years, compared with 3,970 healthy controls. The overall study followed 23,658 men and women, ages 40 to 74. Participants completed seven-day food diaries, from which their antioxidant consumption was calculated; vitamin C was also measured in blood samples.

The analysis showed that an intake of selenium in the top 25% of consumption roughly halved participants risk of developing pancreatic cancer compared with those whose intake was in the bottom 25%. Those whose combined vitamin C and E and selenium intake was in the top 75% of consumption were only one-third as likely to develop pancreatic cancer than those who were in the bottom 25%.

A significant association was observed between higher vitamin C levels in the blood and lower risk of pancreatic cancer. The fact that the higher risk was seen only in the lowest intake group of vitamin E and selenium, with increasing higher amounts not reducing the risk further, suggests a threshold effect, scientists commented, beyond which extra antioxidants offered no added protection. They also looked at zinc intake, which was not found to be related to cancer incidence.

The results support measuring antioxidants in studies investigating the etiology of pancreatic cancer, Dr. Hart and colleagues concluded in the journal Gut. If the association is causal, one in 12 cancers might be prevented by avoiding the lowest intakes (of antioxidants).

In contrast to previous negative findings with antioxidant supplements, scientists added, food sources of these nutrients may have different effects.

Indeed, Diane L. McKay, PhD, a scientist in Tufts HNRCA Antioxidants Research Laboratory, notes, If people are taking in a high amount of antioxidant vitamins and minerals, they are likely eating more fruits, vegetables, whole grains, nuts and seeds-foods which we know are associated with a lower risk of several chronic diseases, including certain cancers.

Therefore, Mckay says, I think the take-home message should be that a healthy diet, rich in foods that provide these antioxidants, may lower your risk for pancreatic cancer.