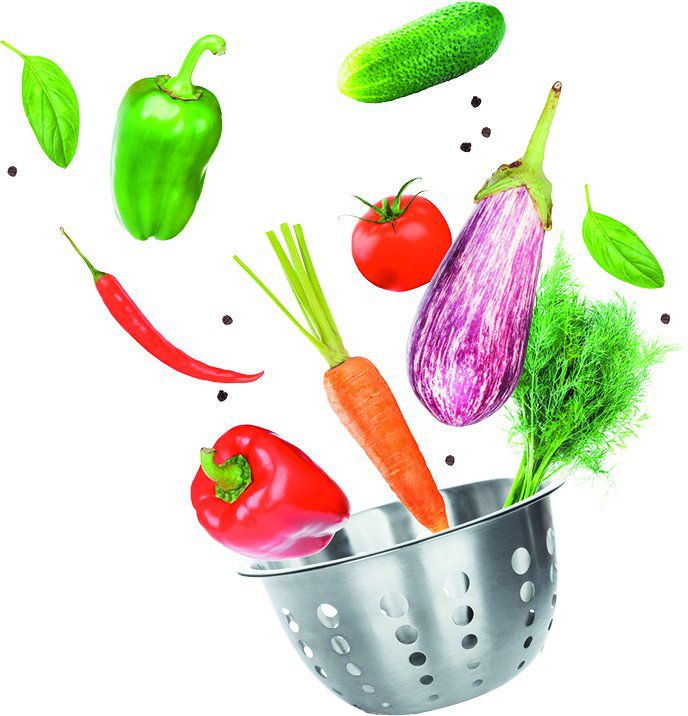 “In simple terms, when a tissue is chronically inflamed, that may stimulate certain pathways in the body’s cells that increase cancer risk,” says Joel B. Mason, MD, director of Tufts’ HNRCA Vitamins and Carcinogenesis Lab.

– Healthy fats, including monounsaturated and omega-3 and omega-6 polyunsaturated fatty acids, such as in olive oil and vegetable oils, fatty fish (like salmon), nuts and seeds.

– Refined grains and other nutrient-poor carbs (like white flour, white rice and white potatoes) and desserts (like ice cream and cake).

– Unhealthful saturated fats, such as in fatty red meats and butter.

– Any calories in excess of energy needs.

*Based on the Dietary Inflammatory Index (DII).

“Foods associated with anti-inflammatory effects generally are colorful, flavorful, aromatic, nutrient-dense and calorie-sparse,” says James R. Hbert, ScD, Health Sciences Distinguished Professor of Epidemiology and director of The Cancer Prevention and Control Program at the University of South Carolina in Columbia. Most vegetables, fruits and herbs/spices top the list.

“Foods most strongly associated with pro-inflammatory responses are often white or colorless, lack flavor and aroma on their own (although they may have a sweet taste), and are often nutrient-sparse but calorie-dense,” Hbert says. That includes foods typical of a Western diet, like refined grains and sugar, and foods high in saturated fat, like red meat and ice cream.

He says this based on about a decade of research on the “Dietary Inflammatory Index” or DII, which has now been used in more than a hundred studies (looking at cancers and other conditions). To develop the DII, Hbert and colleagues scoured peer-reviewed research to determine associations between dietary components and certain inflammatory markers in our blood.

Hbert and colleagues have published seven studies looking at data from large population-based observational studies and comparing colorectal cancer incidence with DII scores. In all of these, they’ve observed an increased risk of colorectal cancer in people with the highest DII scores (the most pro-inflammatory diets) compared to the most anti-inflammatory diets, although in some studies the association was stronger in men.

In a recent study in The Journal of Nutrition, Hbert and colleagues applied the DII to data from 190,963 people (ages 45-75) who were members of the Multiethnic Cohort and were followed for 20 years. The most pro-inflammatory diets, per DII scores, were associated with a 21% increased risk of colorectal cancer overall compared to the most anti-inflammatory diets. (And, risk was increased by 28% in men versus 16% in women.) Factors related to colon cancer risk, were adjusted for.

Although these findings are important, they don’t prove causality. “Because a diet with a low inflammatory index possesses many potential cancer-protective effects, it’s uncertain whether it’s the anti-inflammatory nature of the diet that’s protective against colon cancer or if it’s some other aspect of such a diet that’s providing the protective effect,” says Tufts’ Mason, not involved in the DII research.

A healthy eating pattern, such as depicted by the DII, also promotes a healthy weight. Obesity is associated with increased risk of colorectal cancer (and other cancers). Fat stored in the belly may play a particularly strong role in inflammation and colorectal cancer risk.

“There is evidence from animal studies in our lab that obesity produces a chronic, low-grade inflammation in the colon,” Mason says. “And we, like others, have shown that this inflammation is associated with activation of cancer-promoting cellular pathways in the colon. What’s more, giving the animals in these studies anti-inflammatory agents – whether drugs or dietary components – reduced the development of colon cancer.”

Reduce Your Risk of Colorectal Cancer

Tackle inflammation with a healthy eating pattern and weight control. What’s considered a low-inflammation diet is consistent with what is advised to reduce heart disease and diabetes risk, such as in the DASH and Mediterranean diets, and advice from major cancer organizations.

And, always get regular colorectal cancer screenings as advised by your doctor. Generally, people should get a colonoscopy every 10 years starting at age 50 if not otherwise at increased colorectal cancer risk.

To learn more: The Journal of Nutrition, March 2017