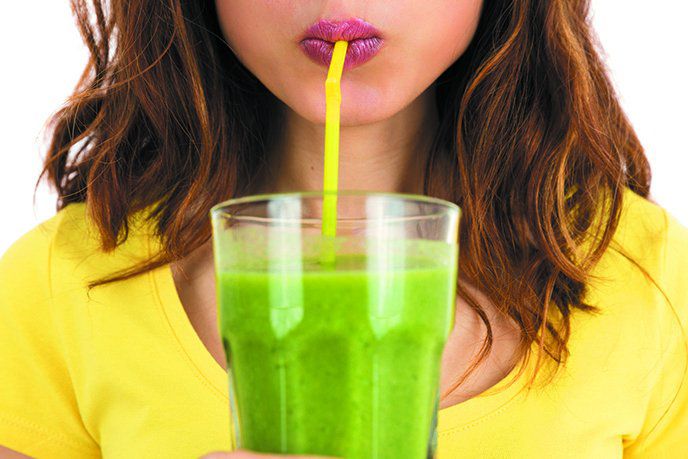 Ridding the body of “toxins” – enduring a “detox diet” or drinking nothing but juice for several days to “cleanse” – has become a popular trend in the health/dieting world. A Google search for “detox” retrieves 70 million hits, and the designer-juice industry now tops $5 billion annually, growing 4-8% a year, with much of the appeal based on juice’s supposed cleansing benefits. But how effective are these detox programs in cleansing the body of harmful substances?

While there’s something to be said for clean eating, the “detox” fad needs a reality check. “First, your body already has a highly effective system for removing toxins, principally the liver and kidneys,” explains Irwin H. Rosenberg, MD, University Professor of Medicine and Nutrition at Tufts. “Second, diets and products that claim to detox the body do not identify what supposed toxins are being targeted.”

From a medical standpoint, the term “detox” is meaningful only as it relates to a program designed to treat drug addiction – not at all what “detox” promoters in books, websites, and popular magazine articles have in mind. A primer on the detox fad produced by the British group Sense About Scienceexplains: “Detox products claim to help you counteract a busy lifestyle by removing ‘toxins’ that have built up in your body. The human body has evolved to get rid of unnecessary substances through your liver, kidneys and colon. It isn’t possible to improve their function without medical assistance.”

Enzymes in your liver naturally convert toxic substances into less harmful compounds. Alcohol, for example, is first converted into acetaldehyde, a toxic compound that can damage liver cells, but then almost immediately the acetaldehyde is in turn changed into harmless carbon dioxide and water. (The toxic nature of acetaldehyde is why alcohol can damage your liver if you drink too much and overwhelm the liver’s ability to convert it.)

Even healthy foods like broccoli and other brassica vegetables contain small amounts of toxic substances – in this case, cyanide. But these small amounts of poison actually encourage the enzymes in your liver to better detoxify other compounds.

Your kidneys, as Sense About Science puts it, “act as a sieve; any essential chemicals are reabsorbed and any unwanted chemicals are naturally excreted in your urine within a few hours to prevent them building up in your body.”

Your stomach and colon are similarly efficient at extracting nutrients from food and passing waste material onward to be removed from your body. The notion that harmful substances somehow build up in the colon and need to be “cleansed” has no scientific foundation. Colon “hydrotherapy,” “cleansing” or “irrigation” can actually lead to damage to the colon’s protective membrane or perforation of the bowel.

The lymphatic system, including the lymph nodes and spleen, also works to filter bacteria and viruses from your body. As Sense About Science notes, “The system circulates continuously. It isn’t possible to ‘stimulate it’ as detox products claim.”

Which Toxins Do Detoxifiers Target?

Such claims, Dr. Rosenberg adds, lack the scientific and regulatory rigor of products sold as drugs. “Keep in mind that purveyors of ‘dietary supplements’ and other products sold under the 1994 Dietary Supplement Health and Education Act (DSHEA) do not have to obtain FDA approval of safety and efficacy before marketing their products,” he cautions, “as the law prevents the FDA from pre-marketing approval of these products as required for drugs.” Such products and advertisements for them typically carry small-print disclaimers such as, “This statement has not been evaluated by the Food and Drug Administration. This product is not intended to diagnose, treat, cure or prevent any disease.”

In 2009, a team of scientists recruited by Sense About Science investigated 15 popular “detox” products sold in mainstream supermarkets and pharmacies, and this included contacting the manufacturers. “Detox is marketed as the idea that modern living fills us with invisible nasties that our bodies can’t cope with unless we buy the latest jargon-filled remedy,” says participating biologist Harriet Ball. But she and her team found that “no two companies seem to use the same definition of ‘detox.'” Moreover, little or no evidence was offered to back up the products’ claims. The investigation concluded that “detox,” as used in product marketing, “is a myth, and worryingly many of the claims about how the body works were wrong and in some cases the suggested remedies were potentially dangerous.”

Popular books touting detox plans are no better. The so-called “Lemonade Diet,” for example, which originated with Stanley Burroughs’ book The Master Cleanser, is touted by celebrities such as Beyonc and Jared Leto for its ability to jump-start weight loss, promote energy and (of course) rid the body of toxins. According to Burroughs, “Cleansing is the basis for elimination of every kind of disease.… As we eliminate and correct one disease, we correct them all, for every disease is corrected by the same process of cleansing and building positive good health.” The diet involves 10 days consuming nothing but a lemonade-like beverage, a salt-water drink and an herbal laxative tea.

You’ll likely lose weight on such a regimen, since your calorie intake is drastically reduced to perhaps 1,000 calories a day. But you’ll probably put those pounds right back on, as with most drastic weight-loss diets.

There is no evidence that detox programs have any benefits beyond temporary weight loss – certainly not “healing” in cancer therapy, as one popular product suggests.

Less drastic “juice cleanses” typically replace solid foods with fruit and vegetable juices – either home-squeezed or purchased – for only a few days. Celebrities including Salma Hayek and Gwyneth Paltrow swear by such systems; Hayek even started a home-delivery program for juices. Such a diet may help you hit the “reset” button on your lifestyle, but any such benefits are purely psychological or spiritual.

Consuming nothing but juice, like other detox regimens, can actually have harmful effects. Drinking only juices or other extreme short-term diets can deprive your body of fiber – largely lost in juicing – and other important nutrients.

That loss of fiber is the key reason “juicing” fruits and vegetables, even for non-cleansing consumption, is less healthy than eating them whole or pured in a blender, which preserves the fiber. Those fancy juicing machines remove the pulp and skin of the fruits or vegetables, which contain most of the fiber as well as antioxidants. What you do get in juicing is fructose, a form of sugar, which paired with the low fiber content may cause spikes in blood sugar. Going several days with little fiber can also impact the functioning of your large intestine and even impair the healthy bacteria in your gut.

Sugar VS. Nutrients in Juicing

If your idea of a “juice cleanse” involves simply consuming nothing but apple juice or other commercially prepared fruit juice, you’ll be drinking lots of sugar. In aNew York Timesarticle on the cleansing craze, internist and diet-book author Dr. David Colbert described such an approach: “You might as well call it the Toblerone diet, because that’s how much sugar you’re pouring into your system.”

Most “juice cleanses” are also low in protein. Lacking adequate protein, your body can start to break down muscle tissue.

It takes weeks or months to develop a serious deficiency of most important vitamins and minerals, so consuming nothing but juice for a few days is unlikely to cause dangerous nutrient shortfalls. But given that your body already has several built-in detoxification systems and that “detox” programs can’t even identify the supposed toxins they claim to remove, it makes no sense to try such extreme measures – not even as a kick-off for better eating habits.

“Rather than making unscientific New Year’s resolutions to ‘detox,'” says Dr. Rosenberg, “you’re far better off to commit to a long-term plan of healthy eating and physical activity that you can stick with.”

Should You Eat “Clean”?

Don’t confuse “cleansing” with the less-extreme fad of “eating clean,” which includes some good dietary advice along with more dubious dictates. Here’s what Tufts experts say about the basic principles of “eating clean,” as set out by Eating Clean for Dummies:

– “Eat whole foods… straight from the farm: whole fruits and vegetables, whole grains, grass-fed and free-range meats, low fat dairy products, unsalted nuts, and seeds.” While generally good advice, don’t let this broad-brush rule cause you to miss out on nutritious choices such as frozen fruits and vegetables and canned beans.

– “Avoid processed foods… any food that has a label.” This oversimplification means missing out on many healthful, convenient options.See “The Pros and Cons of Processed Foods”for more information.

– “Eliminate refined sugar… Other sweeteners can be used.” Sugar is sugar; there’s nothing healthier about other sweeteners such as agave syrup, fruit concentrate or honey. Reducing your overall intake of added sugars is a good goal.

– “Eat five or six small meals a day.” The scientific evidence for this recommendation is mixed. Use whatever approach you find works best to consume more nutrient-dense foods and fewer foods high in unhealthy fats, sugar and sodium.

– “Cook your own meals. Instead of buying meals in a box, cook meals from scratch.” Cooking more of your own meals is one of the best ways to eat better and save money. But you don’t have to cook everything from scratch if you make smart choices among “processed” and packaged foods. Again, see “The Pros and Cons of Processed Foods”.

– “For the most satisfaction from your diet, and so you’ll be less tempted to eat junk food, combine protein with carbs or carbs and fat.” Nothing wrong with this advice, but it’s more important to make healthy choices in all three categories: lean protein including fish and vegetable protein, whole grains and high-fiber carbs, unsaturated fats.