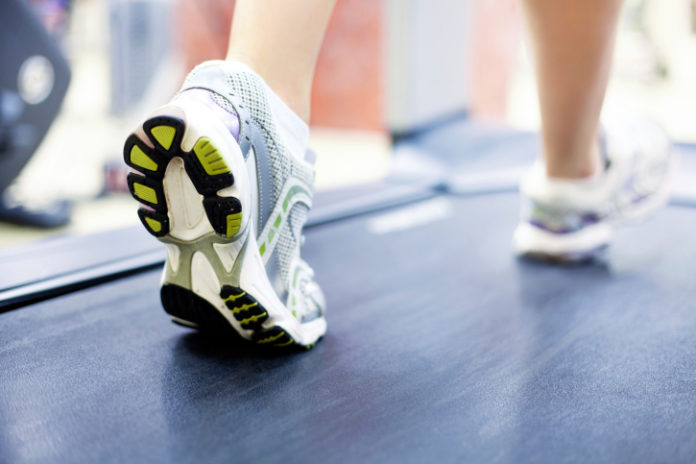 Even the experts sometimes need a little nudge to get exercising. Miriam E. Nelson, PhD, director of Tufts John Hancock Research Center on Physical Activity, Nutrition and Obesity Prevention, author of the Strong Women series and, most recently, The Social Network Diet (see the October 2011 newsletter), recalls how several years ago she wasnt getting enough exercise.

I was raising three kids and working long hours, and it was hard to squeeze in the time to run or bike or even lift weights, Nelson says. I know the benefits of exercise and tout them virtually every day on the job. But I was not taking the time myself to practice what I preached.

The jolt she needed came while doing a performance review for a gifted graduate student. Prodded for comments in return, the student told Nelson she was a bad role model: Your behavior doesnt suggest a culture of valuing exercise even though thats the mission of your job.

Says Nelson, It was a sobering moment for me. I realized that she was absolutely right. Im the kind of person who needs something big to get me going. After a few days of thought, I decided to train for the Boston Marathon with my universitys team [see box next page]. I began slowly, running a couple of miles three times a week and gradually building up to greater distances.

Now, she adds, whenever I can, I try to build exercise into my daily commute and get much more exercise on the weekends. Im happier being a better role model and being in much better shape, able to do things that I couldnt have done when I was less fit, such as climb mountains!

Even if you dont plan to run marathons or climb mountains, you may need a bit of a jolt to get off the couch and start enjoying the health benefits of exercise. Think of this Special Report as the nudge you need to get going. These seven surprising facts about exercise just might be enough to motivate you.

Who knows? Once you get started, you might even wind up running a marathon yourself.

1 Exercise may negate extra genetic Alzheimers risk. People at higher genetic risk for Alzheimers disease may be able to offset that propensity by exercising, according to a new observational study at Washington University in St. Louis. Denise Head, PhD, and colleagues used PET scans to image the brains of 163 participants, ages 45-88, who scored normally on a clinical assessment for cognitive decline. They identified 52 as carriers of APOE epsilon-4, a genetic risk factor for Alzheimers.

Among sedentary APOE epsilon-4 carriers, the scans showed greater buildup of amyloid plaques in the brain associated with the development of Alzheimers. But the carriers who were physically active, meeting the American Heart Association guidelines for regular exercise, showed no more buildup of amyloid plaques than found in the brains of non-carriers. It wasnt clear how exercise might affect the amyloid plaques, but Head and colleagues noted that physical activity may trigger changes in metabolism and cerebral functioning that reduce the buildup.

2 Marathons are generally safe for your heart. Forget what youve heard about marathon runners supposedly dropping dead from a heart attack during a race. It hardly ever happens, according to a new review of more than 10 years of data on nearly 11 million runners, and running a marathon or half-marathon isnt actually very risky.

To evaluate the potential risk of having a cardiac arrest during long-distance running races, Aaron Baggish, MD, of Massachusetts General Hospital, and colleagues created the Race Associated Cardiac Event Registry (RACER), a database of 10.9 million runners, average age 42, participating in marathons and half-marathons from Jan. 1, 2000, to May 31, 2010. They recorded only 59 cardiac arrests, for an incidence rate of 0.54 per 100,000 participants; 71% were fatal.

Its still important to consult a healthcare professional before undertaking a strenuous new activity like training for a marathon. Dr. Baggish notes, Most of the conditions responsible for cardiac arrest are detectable by appropriate individualized testing. The data showed an increasing incidence of heart attacks for male marathoners in the latter years of the study, which scientists suggested could be because more high-risk men are trying the sport without getting checked out first.

3 Leisure and on-the-job activity both protect against heart attacks-but owning a car or TV boosts your risk. A new analysis of data from the global Interheart study helps answer the question of whether physical activity on the job helps protect your heart. Claes Held, MD, PhD, of Uppsala University in Sweden, and colleagues compared 10,043 people whod suffered a first heart attack (myocardial infarction, or MI) with 14,217 healthy controls. Both light and moderate on-the-job activity were associated with reduced risk of an acute MI, compared to being sedentary. Only strenuous work was not linked to lower MI risk. This may be because such labor tends to involve lifting heavy objects rather than aerobic activity, says Dr. Held. The results may also have been confounded by factors such as that a heavy workload may trigger an acute MI or that these laborers do not exercise at all during leisure time or work in an unhealthy environment.

All levels of leisure time physical activity, as expected, were associated with reduced MI risk, ranging from 13% lower risk for mild exercise to 24% lower for moderate-to-strenuous activity. Even participants getting less than 30 minutes of exercise a week were at lower risk than the completely sedentary.

The study also looked at MI risk and lifestyle factors such as ownership of an automobile or television-both of which were associated with increased risk in low- and middle-income countries, likely because they encourage more sedentary habits.

4 Cybercycling benefits your brain as well as your body. Adding a virtual-reality race-like that in active video games such as the Wii Fit-to stationary bicycling may boost your brain while the pedaling keeps your body in shape. A clinical trial of 79 seniors in independent-living retirement homes found that those who cycled while playing a racing game showed improvement on mental-function tests and were 23% less likely to be diagnosed with cognitive decline.

Cay Anderson-Hanley, PhD, of Union College, and colleagues compared racing-game participants cognitive performance with a control group that biked with the videogame turned off. Both groups cycled three times a week for three months on a stationary recumbent bike, which continuously elevates the heart rate. Those who biked accompanied by the racing game showed a large improvement on several cognitive tests, while those who pedaled without playing showed none.

Anderson-Hanley noted that seniors enjoyed the cycling more when playing the game, which could help people stick to an exercise regimen. She cautioned that its not clear whether other Wii-type games, such as virtual tennis or golf, with more intermittent activity, would provide the same benefit.

5 Combine aerobics plus weights to battle metabolic syndrome. That brisk walk will help ward off metabolic syndrome, a cluster of symptoms that can lead to heart disease and diabetes, but for the best protection you should combine aerobic exercise with weight training. Thats the conclusion of an eight-month study involving 198 men and women, ages 18-70, who were overweight and had unhealthy measures of blood lipids such as triglycerides. Participants were randomly assigned to weight training three days a week, 120 minutes a week of aerobic training, or a combination regimen.

On Patriots Day, April 16, as many as 25,000 runners will participate in the 116th Boston Marathon, the worlds oldest and most prestigious annual marathon. The 2012 race marks John Hancock Financials 27th year as principal sponsor. Once again, too, the marathon field will include several hundred participants in the Tufts Marathon Team. The largest collegiate marathon program in the country, the team raises funds to support nutrition, medical and fitness programs at Tufts, including research and education at the Friedman School of Nutrition Science and Policy. This years goal is $500,000. To learn more, see www.tuftsmarathonchallenge.com. Weight-training did boost strength, as expected, and aerobics improved fitness as measured by peak oxygen consumption. But only the combined-exercise group saw a drop in the prevalence of metabolic syndrome. Researchers at Duke University cautioned that they couldnt determine if the benefits seen by the combined group were simply due to exercising more than the other groups. Among the two single-exercise regimens, aerobic activity showed the greatest improvements in health measures including weight.

Scientists at Paran Federal University compared muscle strength and functional capacity before and after three months of strength training in 45 senior women. Two groups of women were given two grams daily of fish-oil supplements, with one group starting the pills 60 days before the training began. All the participants showed muscle improvement, but the two fish-oil groups improved more and also performed better in a chair-rising test. Only those getting fish-oil supplements showed improvements in electromechanical measures of muscle performance.

Fish oil, which is rich in omega-3s, has been shown to play a role in the plasma membrane and cell function of muscles, the researchers noted, which may enhance the benefits of training.

7 Even 15 minutes of daily exercise prolongs your life. Still not sold on getting up out of your easy chair? Even if you cant squeeze in the recommended 30 minutes a day of exercise, a recent study from Taiwan suggests that a little activity is still better than none at all. Just 15 minutes a day of exercise, or 90 minutes a week, was associated with a 14% lower mortality rate and an extra three years of projected life expectancy, compared to no exercise at all.

Researchers quizzed 416,175 adults on their exercise habits and calculated their projected life expectancy, then followed participants for about eight years. Both women and men benefited from as little as 15 minutes of daily exercise, and each extra 15 minutes of daily activity was associated with an additional 4% lower risk of death. An editorial accompanying the findings said the study may convince many individuals that they are able to incorporate physical activity into their busy lives.