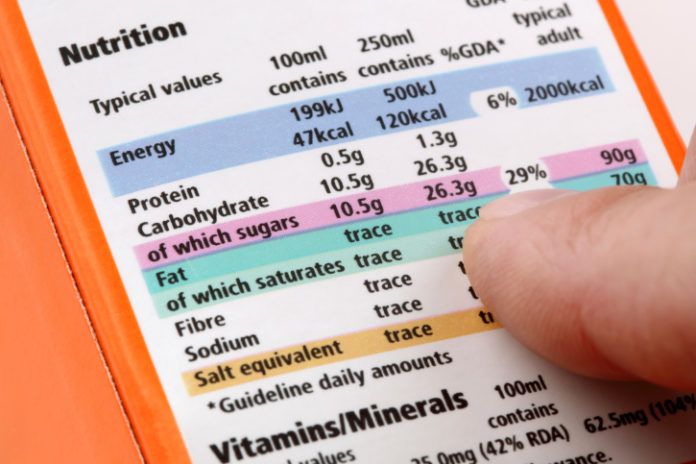 Identifying healthy food should be as simple as buying an energy-efficient appliance, according to a new Institute of Medicine report. In making recommendations to the US Food and Drug Administration on front-of-package nutrition labeling, the IOM said foods need something like the Energy Star tags. Instead of kilowatts, however, the proposed labels would display calories per serving (in common household units such as cups) and points for low amounts of sodium, added sugars and unhealthy fats (saturated and trans fats).

These are the components of diet most closely linked to chronic disease risk, a major health challenge in the US today, explains Alice H. Lichtenstein, DSc, director of Tufts HNRCA Cardiovascular Nutrition Laboratory and vice-chair of the IOM expert committee.

The IOM report, which was requested by Congress, states, It is time for a move away from front-of-package systems that mostly provide nutrition information on foods or beverages but dont give clear guidance about their healthfulness, and toward one that encourages healthier choices through simplicity, visual clarity, and the ability to convey meaning without written information.

The expert committee recommended a unified, at-a-glance front-of-package labeling system that would supplement the more detailed Nutrition Facts panels on the back or side of products. Foods could earn up to three points-displayed as stars, check marks or other symbols-for falling below threshold amounts for sodium, added sugars and unhealthy fats, one for each.

But products containing an excessive amount of any one of these nutrients would get zero points, even if they were below the threshold on the other two. Some sugar-sweetened products, such as candy and non-diet soft drinks, would automatically get zero points.

Its simple, says Lichtenstein. Its interpretive. People dont need to look at numbers or do any calculations to figure out what they mean. Three points are better than no points.

In addition to the zero-to-three ratings, the front-of-package labels would also prominently display calories per serving. This information is particularly important to the majority of Americans and although it is currently included in the Nutrients Facts panel it often gets lost among the other information there.

Ellen A. Wartella, PhD, a professor of communication and psychology at Northwestern University who chaired the IOM committee, likened the recommended labeling to the Energy Star tags on appliances: I really dont know a whole lot about appliances and kilowatts, but when I see the Energy Star on a stove I want to buy, I know its energy-efficient and thats all I need to know as a consumer.

The IOM report, some three years in the making, came only weeks after the nationwide rollout of an industry-backed front-of-package labeling plan, originally dubbed Nutrition Keys and now called Facts Up Front. (See the April 2011 Health & Nutrition Letter.) That Grocery Manufacturers Association plan prominently displays calories, saturated fat, sodium and sugar per serving. But it also allows additional labeling of up to two of eight nutrients to encourage: potassium, fiber, calcium, iron, protein and vitamins A, C and D.

Some nutrition experts and government officials expressed concern that Facts Up Front labels might confuse consumers. Most people already get more than enough protein, for example, making that a poor excuse for consuming extra calories. And the presence of calcium doesnt make ice cream a healthy choice.

The Grocery Manufacturers Association predicts Facts Up Front labels will be on 70% of all food packages by sometime in 2012. Scott Faber, a vice president of the industry group, said, We have a road-tested, ready-to-roll front-of-pack system that is already in the marketplace. We should not keep consumers waiting. We should provide them more nutrition information on the front of their packages now.

The future of front-of-package labeling will ultimately be determined by the US Food and Drug Administration, which will now consider the IOM recommendations.