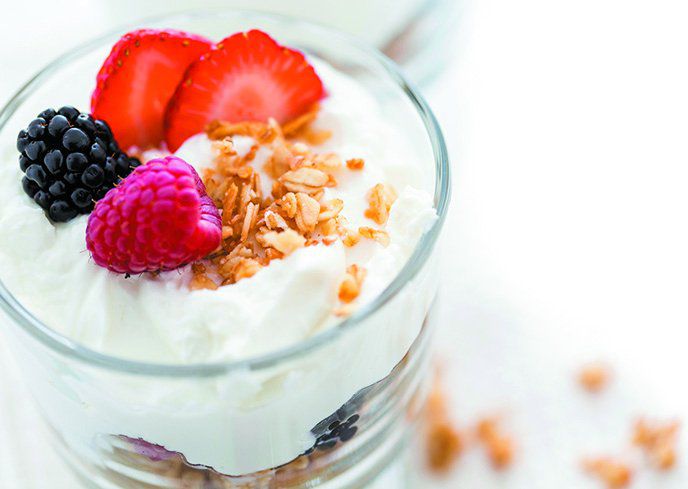 Americans’ craze for plenty of protein may be missing the point, at least as it applies to older adults. For protecting against frailty and retaining muscle mass, when you consume your protein might be as important as how much.

In a new 24-week clinical trial, extra protein at breakfast and lunch improved lean tissue mass in healthy older adults. Although the trial used protein supplements, the findings support recommendations to spread protein intake from your diet throughout the day, rather than concentrating it at dinnertime.

FIGHTING FRAILTY: The gradual loss of lean tissue mass, especially skeletal muscles, that can occur with aging is called sarcopenia, a term coined by Tufts scientists. This progressive frailty affects 15% of people older than age 65, and 50% of people older than age 80. Skeletal muscles peak in mass by the third decade of life, and muscle fibers decrease in size and number from then on. This process speeds up in the later years of life; by age 80, up to 30% of muscle bulk may be lost.

Jacques and other researchers have been exploring how protein intake might affect the risk of sarcopenia. The Institute of Medicine currently recommends that healthy men and non-pregnant women consume the same relative amount of daily protein (0.36 grams for each pound of body weight) regardless of age. So a person weighing 150 pounds should aim for about 54 grams of daily protein.

Some research suggests that older adults might need more than that amount. But emerging evidence also indicates that spreading your protein consumption more evenly throughout the day better matches the needs of your muscles.

BREAKFAST AND LUNCH: In the new study, published in the Journal of Nutrition, Philip Jakeman, PhD, of the University of Limerick in Ireland, and colleagues randomly assigned 60 healthy volunteers, ages 55 to 66, to either protein supplements or a control compound at breakfast and lunch. The extra protein was equivalent to about 0.15 grams per pound of body weight daily, or 22.5 grams for a 150-pound person, split evenly between the two meals. Researchers chose to use protein supplements rather than attempt to change participants’ meal habits, to insure greater adherence.

Initially, 94% of the volunteers were already getting at least the recommended amount (0.36 grams per pound of body weight) of protein from their diets. But that intake was skewed heavily toward dinner. Adding the extra breakfast and lunch protein achieved a balance of about 30% of total protein intake at each meal.

MUSCLE GAIN: After 24 weeks, participants in the protein-supplement and control groups were all tested for changes in body composition using dual-energy X-ray absorptiometry, considered the gold-standard method for this measure. Those who consumed roughly equal portions of protein throughout the day thanks to supplements increased lean tissue mass by a significant amount, almost a pound on average. By comparison, those in the control group not only failed to increase lean tissue mass but actually lost an average of more than a third of a pound.

Researchers concluded, “These observations suggest that an optimized and balanced distribution of meal protein intakes could be beneficial in the preservation of lean tissue mass in the elderly.”

Tufts’ Jacques adds, “The intervention group appeared to receive more protein per day than the control group. So it is possible that the increased protein was responsible for the increase in lean tissue mass, not necessarily the protein distribution. However, since the study subjects were already achieving the recommended protein intakes, this is probably less likely an explanation; even if so, it is an indication that older individuals may need more than the current recommended intakes.”

Dinnertime doesnt have to be the only time for protein. Here are some healthy foods high in protein suitable for breakfast or lunch (all amounts are for one cup or three ounces of meat or fish, except as noted):

Note that most plant proteins (soy and quinoa are exceptions) arent complete unless consumed in combination, such as rice and beans.