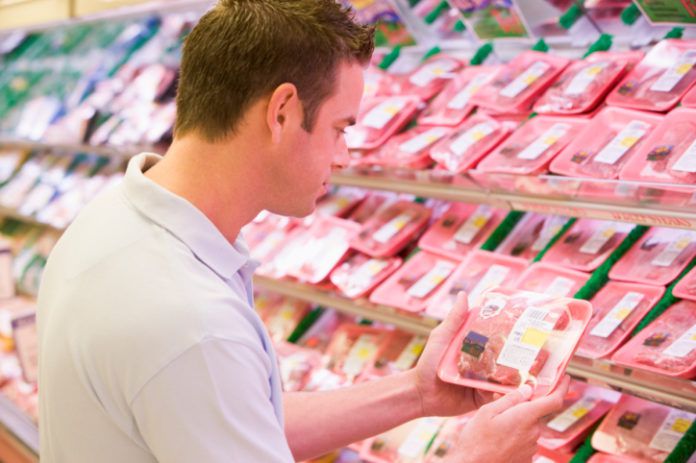 How many calories are in that chicken breast? How much saturated fat does that lean ground beef contain? Answers are coming to the meat counter at your favorite supermarket as of March 1, when fresh meat and poultry will begin carrying the familiar Nutrition Facts labeling seen on packaged goods. Even though 20% of the typical grocery budget is spent in the meat department-and Americans get much of their calories, saturated fat and protein from the foods sold there-most meats have not displayed nutrition numbers.

Thats because the Nutrition Labeling and Education Act of 1990, which mandated nutrition information on packaged foods that are regulated by the Food and Drug Administration (FDA), exempted fresh meats and poultry. Those foods are regulated instead by the US Department of Agriculture (USDA). (Also exempt were seafood and fresh produce, which are under the FDA and wont be affected by this USDA labeling initiative.)

The USDA first proposed adding nutrition labeling to raw meats and poultry in 2001. But labeling remained voluntary, and many retailers didnt go along. Finally, in December 2010, the agency rolled out mandatory labeling rules. Originally set to go into effect on Jan. 1, 2012, the rules were postponed until March 1 to give retailers more time to comply.

Even under the new rules, the labels dont have to appear on each package, but can be made available in poster or brochure form instead. The exception is ground meats, including beef and turkey, which must be individually labeled. Nutrition Facts must be provided for most popular cuts of beef, pork, lamb and chicken; the list of cuts, however, was established almost 20 years ago, so it omits recent trends including chicken tenders and flank steak, as well as beef ribs.

The new labels should make shopping easier for nutrition-savvy consumers, says Helen M. Rasmussen PhD, senior research dietitian at Tufts USDA Human Nutrition Research Center on Aging: The real value of the label will be in the ease of identifying what meat and poultry items are lean choices. This will come from the label information in the amount of total protein, total fat, saturated fat, cholesterol and sodium, and the label will also describe the calories that are contained in a defined portion size.

Figuring nutritional data for meat thats butchered on premises is a little more complicated than for packaged goods that are mass-produced in a factory. So the USDA rules rely on averages, and make certain assumptions its important for consumers to understand.

First, portion size: For whole cuts, the numbers are based on three-ounce cooked portions. For cuts that shrink substantially in cooking, that may differ dramatically from the raw nutrition data. Ground meat labels, however, are based on four ounces of raw meat, which cook up to about three ounces on your plate.

Nutrition data can also vary depending on how the meat is cooked, so the USDA uses an average of preparation methods. Some of those, like braising, retain more fat than dry-cooking methods like broiling. So you can beat the numbers on the new labels by opting for healthier cooking choices: A broiled pork chop, for example, contains about 10% less fat than the same chop braised.

The USDA also relies on averages for the grade of meat-based on the percentage of each grade, from choice to select, available in supermarkets. The numbers assume that all but one-eighth inch of fat is trimmed away; you can keep your own saturated fat intake lower by trimming all visible fat. The same cut of top sirloin steak, for instance, will have 32% less saturated fat if its trimmed from one-eighth inch to zero fat.

The fat content of ground meats will be easier to understand with the new label rules, which are stricter for ground meats that make specific claims like 80% lean or 7% fat. Such labels will have to detail both the lean and fat percentages, which refer to percentage by weight, not the fraction of calories from fat. The addition of numbers for saturated fat per serving should make it easier to choose between, say, ground chuck at 5 grams and 93% lean ground turkey at 2.5 grams.

Now that youll have more facts at your fingertips, at your next trip to the meat counter, it will be easier to determine best buys. Rasmussen advises seeking out lean selections of meat: Beef cuts include eye round steak and roasts, sirloin steaks and ground beef that is 90% lean. Pork tenderloin is a good buy as well. Skinless chicken or turkey breasts are good picks in the poultry section.

Become familiar with what the actual portion size of meat or poultry looks like once it is cooked, she adds: The package label on the meat you purchased may indicate that there is enough ground beef to make six hamburgers. If your portions are oversized and you are short three patties, you have overestimated the serving size, and have essentially doubled your nutrient intake.