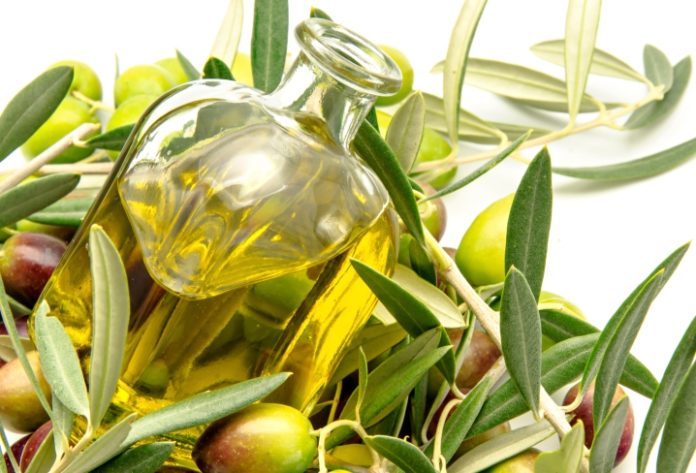 Here’s more evidence that eating like a Mediterranean may be good for your brain. Consuming a Mediterranean- style diet, previously linked to lower risks of heart disease, stroke and metabolic syndrome, is associated with less damage to small blood vessels in the brain, according to new research.

Hannah Gardener, ScD, of the University of Miami Miller School of Medicine, and colleagues measured adherence to a Mediterranean-style eating pattern among 966 participants in the Northern Manhattan Study who completed food-frequency questionnaires. Their average age was 72 years old.

Participants then underwent MRI scans of their brains to measure white matter hyperintensity volume (WMHV). Such MRI findings are associated with small-vessel disease in the brain, explains Tammy Scott, PhD, an assistant professor at the Friedman School and scientist at Tufts’ HNRCA Nutrition and Neurocognition Laboratory. Scott adds, “While the literature isn’t completely consistent, a recent systematic review and meta-analysis showed that white matter hyperintensities were associated with an increased risk of dementia in the general population, and were also associated with faster decline in cognitive performance.”

LESS: red meat, dairy products and saturated fats … compared to the typical American diet, along with moderate alcohol consumption, especially of red wine with meals. Publishing their findings in Archives of Neurology, Gardener and colleagues commented, “Although diet may be an important predictor of vascular disease, little is known about the possible association between dietary habits and white matter hyperintensities. Studies have suggested that consumption of a Mediterranean diet is associated with a reduced risk of the metabolic syndrome, coronary heart disease, stroke and cognitive disorders, but no studies to date, to our knowledge, have examined the association between a Mediterranean diet and white matter hyperintensity volume.”

Overall, the study found that people whose diets more closely followed a Mediterranean-style eating pattern had lower WMHV, indicating less small-vessel damage in their brains. This association was independent of sociodemographic and vascular risk factors including physical activity, smoking, blood lipid levels, hypertension, diabetes, history of cardiac disease and BMI. After adjustment, the only individual component of the Mediterranean diet score that was independently associated with WMHV was the ratio of monounsaturated to saturated fat.

“In summary, the current study suggests a possible protective association between increased consumption of a Mediterranean diet and small vessel damage,” researchers concluded. They added that the results of the analysis of the individual dietary components suggests that the overall dietary pattern, rather than any of the individual components, is associated with healthier brains.

This isn’t the first time research has linked a Mediterranean- style diet to better brain health. In findings published in 2009, scientists reported that among 1,880 participants, those who most closely followed a Mediterranean diet were at 40% lower risk of developing Alzheimer’s over 5.4 years than those with the lowest adherence.

Tufts’ Scott says that if you’re not ready to start eating like a Mediterranean in every aspect of your diet, a good place to start would be in your choice of fats. She says, “The results of the Gardener paper seem to indicate that the most important change would be to decrease consumption of saturated fats (e.g. butter, lard) and replace with monounsaturated fats such as olive oil.”

TO LEARN MORE: Archives of Neurology, February 2012; abstract at archneur.ama-assn.org/cgi/content/abstract/69/2/251.

Counting calories may protect more than just your waistline. A new study suggests that eating too much may increase the risk for memory loss in people age 70 and older. Yonas E. Geda, MD, of the Mayo Clinic in Arizona, and colleagues compared the calorie intakes of 163 people suffering mild cognitive impairment (MCI) with 1,070 normal control subjects. Those consuming the most calories—more than 2,143 per day—were almost twice as likely to have MCI than participants eating the least, fewer than 1,526 daily calories.

“We observed a dose-response pattern,” Dr. Geda notes, “which simply means the higher the amount of calories consumed each day, the higher the risk of mild cognitive impairment.”

MCI is the stage between normal memory loss that comes with aging and early Alzheimer’s disease. The results were the same after adjusting for history of stroke, diabetes, amount of education and other factors that can affect risk of memory loss.

“Cutting calories and eating foods that make up a healthy diet may be a simpler way to prevent memory loss as we age,” Dr. Geda adds. “What’s good for your heart is good for your brain.”

The findings were presented at the annual meeting of the American Academy of Neurology and have not yet been published in a peer-reviewed scientific journal.