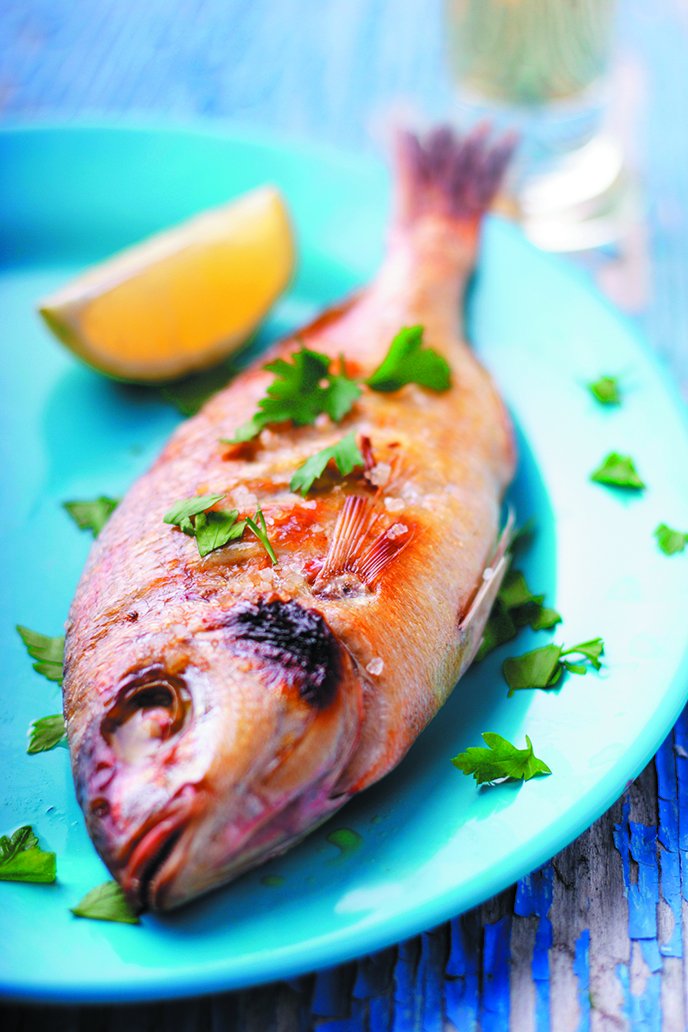 What foods should you eat to live longer, especially if you’re already 65 or older? Previous attempts to tackle that question have often been confounded by other lifestyle and even socio-economic factors that are difficult to untangle from the effects of diet. Now a new observational study of 8,937 men and women ages 65 and older in three French cities suggests some not-very-surprising answers: People who ate more fruits, vegetables and fish were less likely to die during the average nine years of follow-up.

“The results are not surprising, as the best predictor of long-term health outcomes is lifelong eating patterns,” says Alice H. Lichtenstein, DSc, director of Tufts’ HNRCA Cardiovascular Nutrition Laboratory. “However, given 75 years is the new 65 years, it is never too late to improve one’s diet and reap the benefits. Those benefits can be seen in the short term but most importantly in the long term.”

The Three-City Study, published in the British Journal of Nutrition, was notable for its efforts to account for a wide range of potential confounding factors. In addition to assessing intakes with a food questionnaire, researchers noted gender, educational level, occupation, income, health behaviors and health factors. Unlike some studies, in which mortality is measured simply by death records and there’s no interaction after the initial questionnaire, participants underwent clinical evaluations after 2, 4, 8 and 10 years. A total of 2,016 deaths were recorded.

KEY COMPONENTS: The associations between fruit, vegetable and fish consumption and lower mortality risk remained significant even after adjusting for all these factors. Those who ate at least one fruit and one vegetable daily, cooked or raw, were 10% less likely to die during the follow-up period than those eating less. Participants who consumed four or more cooked fruit or vegetable servings a week – a very modest amount, Lichtenstein notes – were at 20% lower risk.

Fish intake of at least two servings per week was also significantly associated with better survival (11% lower risk). On the other hand, eating more than one serving of meat per day was associated with a 12% greater risk of dying during the follow-up period.

The study also looked at overall diet diversity and diversity in use of fats, which initial analysis suggested might have beneficial associations. But these were no longer significant when the findings were adjusted for health-related variables.

Researchers concluded, “These findings suggest that fruits/vegetables, olive oil and regular fish consumptions have a beneficial effect on the risk of death, independently of the socio-demographic features and the number of medical conditions.”

MEDITERRANEAN STYLE: These dietary components, the scientists noted, are similar to those of the so-called Mediterranean diet. Previous studies of this dietary pattern have reported a wide range of benefits associated with consuming more fruits and vegetables, as well as nuts, eating more fish and less meat, and using unsaturated fats such as olive oil in place of saturated fats.

Fruits and vegetables might be protective, the scientists speculated, because of their high levels of antioxidants, which combat free oxygen radicals in the body. They added that fruits and vegetables are also sources of fiber, flavonoids, polyphenols, carotenoids, folic acid and vitamin C.

Fish, especially fatty varieties such as salmon, mackerel, trout, herring and sardines, are rich in omega-3 fatty acids, which have many beneficial effects. Consumption of fish high in omega-3s has been associated with lower risk of dying from cardiovascular disease.

Tufts’ Lichtenstein adds, “It is important to keep in mind that just adding fruits, vegetables, olive oil and fish onto a less-than-optimal diet is not the best answer. These provide even more bang for the buck if they squeeze out less healthy foods such as refined carbohydrates, high-sugar foods and beverages, and processed meats.”

Tufts’ MyPlate for Older Adults offers dietary recommendations tailored to the needs of an aging populace. It emphasizes:

See our complete Special Report in the May newsletter.