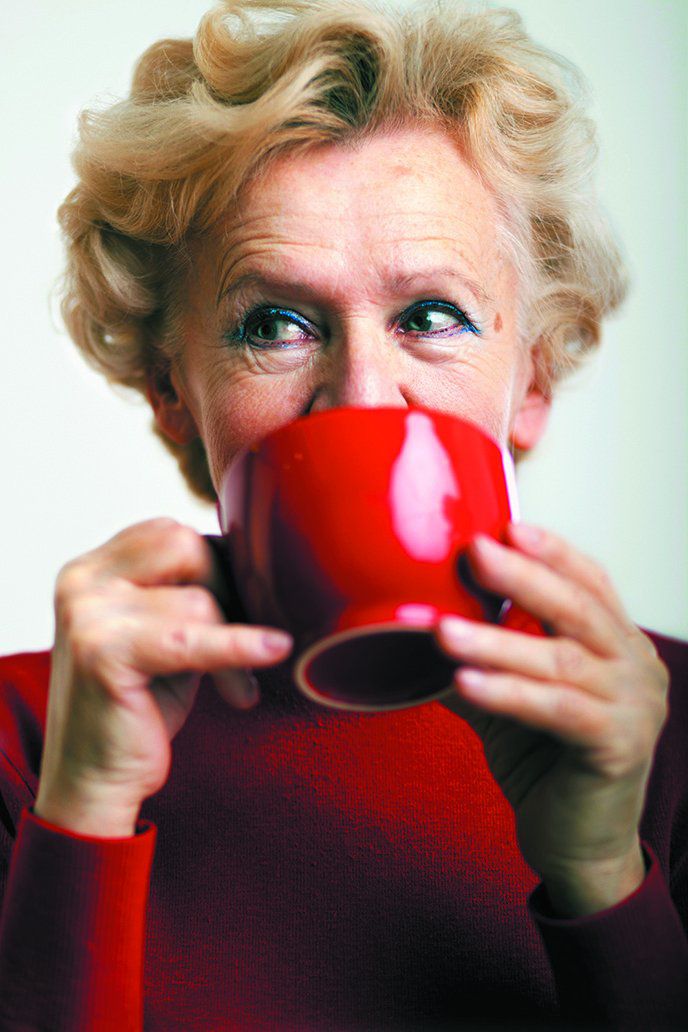 That extra cup of coffee is not only safe for most people, but might actually reduce your risk of dying prematurely from heart disease and several other causes. Continuing the recent buzz of good news for coffee lovers, Harvard researchers reported in the journal Circulation an association between drinking three to five cups a day and lower mortality risk. The association was seen for cardiovascular disease, neurological diseases such as Parkinson’s disease, type 2 diabetes and even suicide, but not cancer. Drinkers of both caffeinated and decaffeinated coffee saw benefits.

Jeffrey B. Blumberg, PhD, director of Tufts’ HNRCA Antioxidants Research Laboratory, says, “The overlap in this association between regular and decaffeinated coffee suggests that other bioactive components than caffeine may contribute importantly to some of these apparent benefits. Brewing whole or ground coffee beans effectively extracts chlorogenic acids, lignans, quinides and trigonelline, phytochemicals shown in other research studies to increase antioxidant defenses and reduce both insulin resistance and systematic inflammation.”

Drinkers of caffeinated and decaf coffee seemed to have similarly lower risks of cardiovascular disease and type 2 diabetes. For neurodegenerative diseases, depression and suicide, however, caffeine is most likely the source of any apparent benefit, researchers said.

Researchers analyzed health data gathered from participants in three large ongoing studies: 74,890 women in the Nurses’ Health Study, 93,054 women in the Nurses’ Health Study 2, and 40,557 men in the Health Professionals Follow-up Study. Coffee drinking was assessed using validated food questionnaires every four years over about 30 years. During the study period, 19,524 women and 12,432 men died from a range of causes.

The analysis took into consideration potential confounding factors such as smoking, body mass index, physical activity, alcohol consumption, and other dietary factors. As an observational study, however, the research was not designed to prove cause and effect.

Coffee is Part of a Healthy Diet

“This study provides further evidence that moderate consumption of coffee may confer health benefits in terms of reducing premature death due to several diseases,” says senior author Frank Hu, MD, PhD, professor of nutrition and epidemiology. “These data support the 2015 Dietary Guidelines Advisory Report that concluded that ‘moderate coffee consumption can be incorporated into a healthy dietary pattern.'” (See below)

The association between coffee consumption and reduced mortality was small, however, Dr. Hu cautions. For people who don’t already drink coffee or don’t like it, the evidence is not strong enough to recommend starting a java habit. But those who already drink a few cups of coffee every day can continue to enjoy it, Dr. Hu advises, and coffee would be a good alternative for people who drink a lot of sodas or other sugary beverages.

Fancy coffee drinks, of course, can contain calories, sugar and saturated fat that more than outweigh any small health benefits from the coffee itself. A splash of low- or fat-free milk is fine, as is a little artificial sweetener. Caramel, “cinnamon roll,” “cupcake” and “toffee mocha” concoctions should be considered an indulgence – like dessert – and not an every-morning habit.

The Dietary Guidelines Advisory Committee, whose recommendations help inform the 2015 Dietary Guidelines for Americans, for the first time addressed safety concerns about coffee. The committee concluded that drinking three to five cups a day (up to about 400 milligrams of caffeine) was associated with minimal health risks and may confer benefits. Pregnant women should stop at two cups a day. Some research has also suggested that genetic variations in how quickly people process caffeine may affect coffee’s health benefits.

The caffeine content of a cup of coffee varies depending on how it’s brewed, with a typical eight-ounce cup in the US containing 85 milligrams.

Coffeeshop drinks can range from 75 to 165 milligrams per eight-ounce cup – but keep in mind that servings are usually twice that. Even decaffeinated coffee contains a little caffeine, about 2 to 15 milligrams per cup.