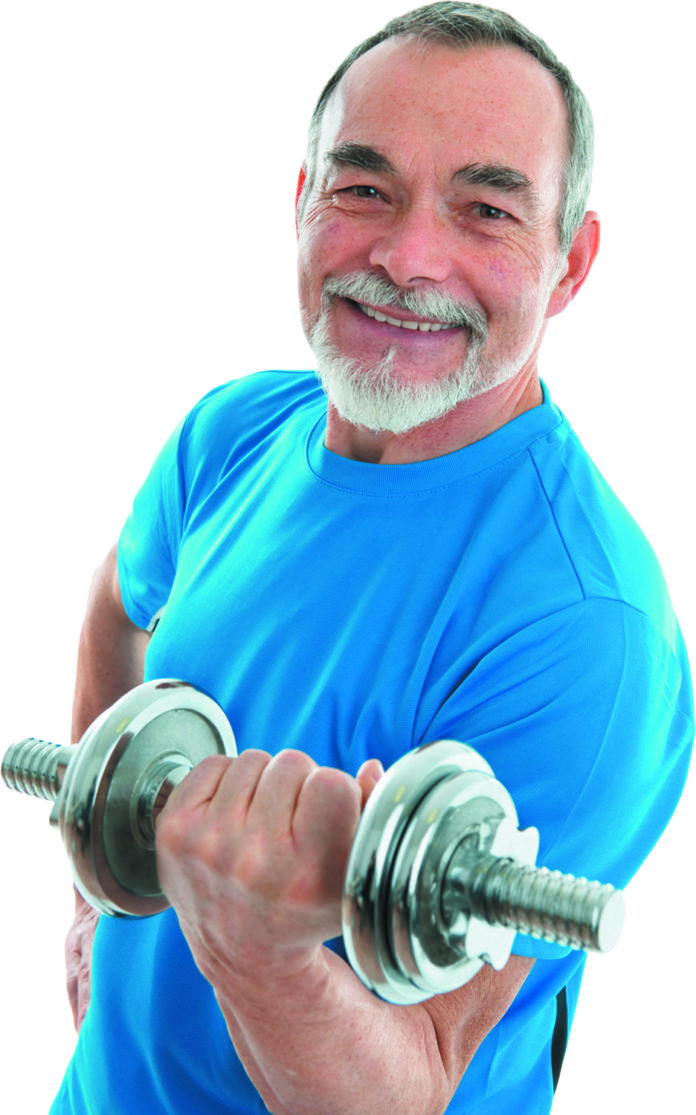 Unhealthy behaviors such as inactivity, poor diet and smoking have long been associated with a wide range of chronic diseases and risk of death. But a new study reveals that such lifestyle factors can also affect older adults’ risk of disability and loss of independence.

That’s no surprise to Miriam E. Nelson, PhD, professor at Tufts’ Friedman School and author of the “Strong Women” series of books – especially the findings about physical activity. “If you’ve ever been bedridden for a few days and felt weak when you tried to get up again,” she says, “you know what inactivity does to your body. A sedentary lifestyle doesn’t take its toll quite so rapidly, but it inflicts the same damage.”

In the new study, published in BMJ, French researchers report that people who were physically inactive, ate fruits and vegetables less than once a day, and smoked or had quit within 15 years were more than twice as likely to develop disability than those with none of those unhealthy behaviors. The research followed nearly 4,000 participants in the Tri-City Study over 12 years, during which they were evaluated for disability six times. Participants, all age 65 or older, were initially free of disability.

Scientists combined three different scales gauging ability to function independently and perform daily tasks without assistance. Those scores were then compared to participants’ self-reported activity levels, fruit and vegetable consumption, smoking status and alcohol use. (After statistical analysis, there was no association between alcohol consumption – or non-drinking – and disability risk.)

FIRST, GET MOVING: The strongest predictor of developing disability was low or intermediate physical activity, which was associated with a 72% greater risk of disability. Low activity was defined as walking less than one hour a day and exercising less than once a week, while high activity was considered walking more than one hour a day and exercising more than once a week; levels in-between were classified as intermediate.

Next came smoking or having smoked within the past 15 years, which was associated with a 26% higher disability risk. But poor diet was not far behind, at a 24% greater risk. Diet was assessed by questions on frequency of consumption of raw and cooked fruit and vegetables; participants were grouped as consuming fruit or vegetables at least once a day, four to six times a week, and less than four times a week. Both the lower-consumption groups, averaging less than once a day, were rated as unhealthy behaviors for the study.

Eating more fruits and vegetables, of course, is only the start of a healthy dietary pattern, Tufts’ Nelson emphasizes: “Stick to whole and minimally processed foods, and emphasize the choices available on the perimeter of the supermarket – the produce and dairy aisles, for instance – rather than on the boxed, bagged and other packaged goods, many laden with added sugar, lining the center aisles.”

As the number of unhealthy behaviors rose, from zero to three, risk of disability increased significantly. The French scientists noted that part of this association could be explained by chronic conditions, depressive symptoms, trauma, body mass index and other health outcomes. But more than two-thirds of the additional disability risk appeared to be directly linked to unhealthy lifestyles.