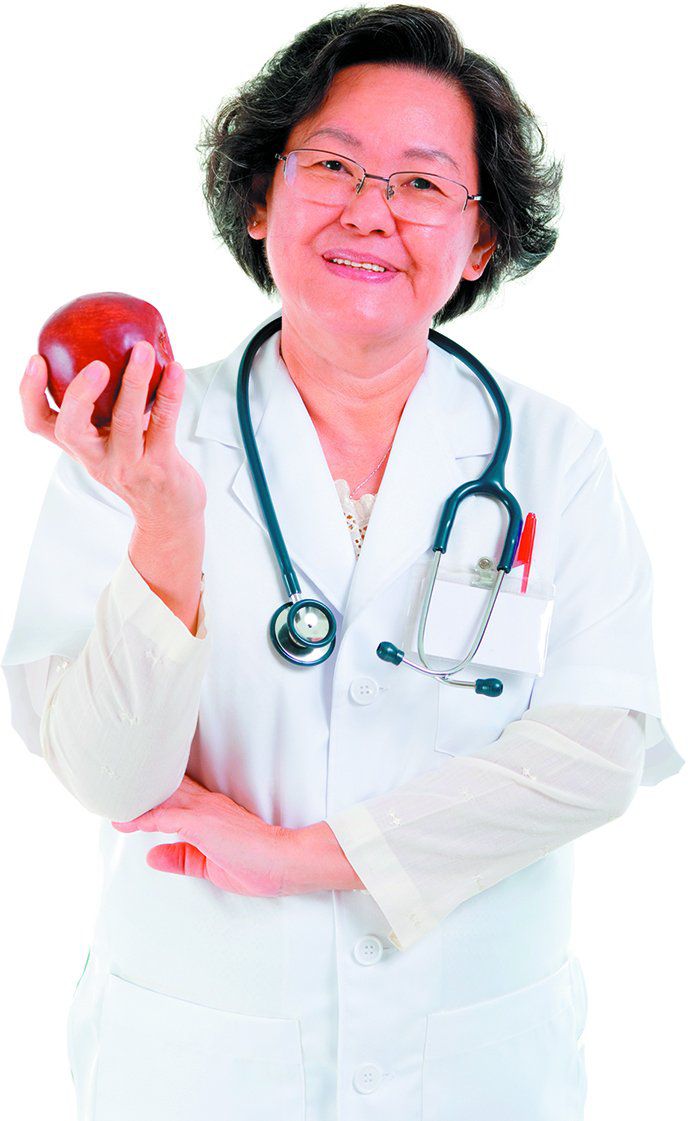 Characterized by exhaustion, low physical activity, weakness, slow walking speed and unintentional weight loss, frailty affects 10% of individuals by age 65. It reaches 25% among those age 85. Frailty is associated with an increased risk of falls, disability, institutionalization and death after exposure to even minor stressors.

“The number of valid reasons for adding more plant-based foods to your diet, like fruits and vegetables, just continues to grow,” says Diane L. McKay, an assistant professor in Tufts’ Friedman School and consulting editor of The Healthy Aging Diet.

FIVE A DAY: During an average two and a half years of follow-up on participants in the three studies, whose average ages ranged from 69 to 82, scientists recorded 300 new cases of frailty. Using data from food-frequency questionnaires, researchers identified a “dose-response” association between combined fruit and vegetable consumption and the risk of frailty: the greater the consumption, the lower the risk.

MEASURING FRAILTY: People in the study were defined as becoming frail if they met three of five criteria:

– self-reported exhaustion (such as “I felt that anything I did was a big effort” or “I felt that I could not keep on doing things”);

– low physical activity, such as less than an hour of exercise a week;

– weakness, such as poor grip strength or difficulty rising from a chair;

– slow walking speed, defined as the slowest one-fifth of participants in a 10-foot test.

Those who reported eating the most fruit at the study’s start were less likely to subsequently develop exhaustion, low physical activity and slow walking speed. Consumption of vegetables was associated with a decreased risk of exhaustion and unintentional weight loss.

PROTECTIVE NUTRIENTS: Publishing their findings in the American Journal of Clinical Nutrition, Esther García-Esquinas, PhD, of the Autonomous University of Madrid, and colleagues said this was the first study to associate fruit and vegetable intake with “short-term, dose-dependent protection against frailty risk even at a late stage of life.”

They suggested several mechanisms by which fruits and vegetables could help protect against frailty. Oxidative stress plays an important role in frailty development, and fruits and vegetables are natural sources of antioxidants such as vitamin C, vitamin E and beta-carotene, as well as trace minerals necessary for antioxidant enzymes to do their jobs in the body. Older adults also often suffer from inflammation, and phytochemicals in fruits and vegetables have strong anti-inflammatory properties.

Of course, produce also contains nutrients that are directly associated with protection against frailty risk factors such as cardiovascular disease and low muscle mass and bone density. For example, researchers noted, fruits and vegetables are good sources of dietary fiber and potassium.

Fruits and vegetables can also help boost the immune system. (See this issue’s Special Report.) A 2012 study found that older adults who increased their fruit and vegetable intake to five servings a day showed a better response to the pneumonia vaccine.

So that old advice about eating your fruits and veggies is still worth listening to, even when you’re not a kid anymore.

Eating more fruits is pretty easy: Keep a bowl of fruit on the kitchen counter and choose fruit for snacks, top cereal or yogurt with berries or sliced fruit, pick fruit for dessert. If you’re not a big fan of vegetables (or someone youre cooking for is not), however, upping your intake can be more of a challenge. Try these sneaky suggestions:

– Finely chop or even purée veggies and add to stews, soups and casseroles.

– Cut small and include in stir-fry dishes, where the sauce tempers the vegetables taste.

– Add grated zucchini or carrots into muffins and quick breads.

– Dice fine and mix into salads.

– Finely chop or shred and add to burgers, meatloaf, pasta sauces, mashed potatoes or pilafs and other grain dishes.