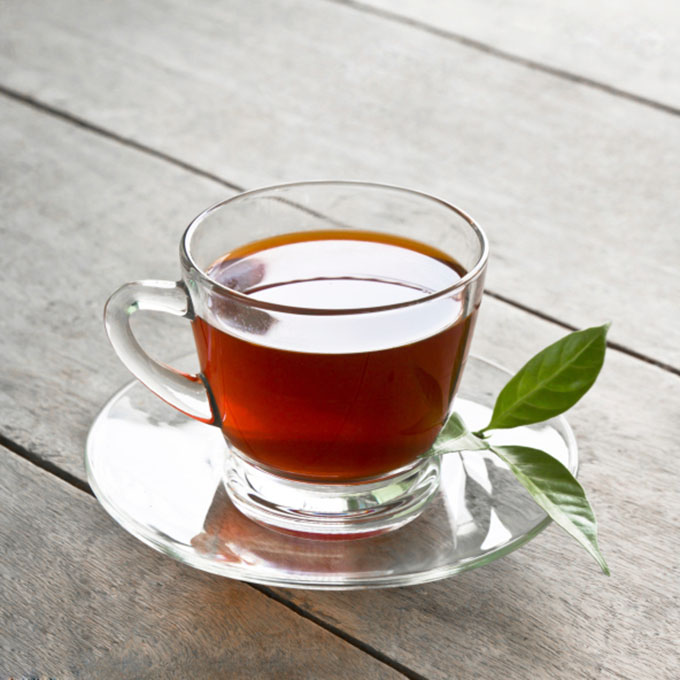 Maybe the English are onto something with their fondness for tea. A new Australian study reports that drinking three cups daily of regular black tea was associated with a small but significant drop in blood pressure.

Jonathan M. Hodgson, PhD, of the University of Western Australia in Perth, and colleagues divided 95 study participants, ages 35 to 75, into two groups: One group drank three cups of black tea daily, while a control group drank a placebo beverage containing the same amount of caffeine but no actual tea. At the studys start, participants had systolic blood pressure readings ranging from 115 to 150 (normal to stage-one hypertension). After six months, those in the tea-drinking group saw an average drop in systolic pressure (the top number) of two to three points and about a two-point drop in diastolic pressure, compared to the control group.

Although those improvements are small, researchers said they had important potential public-health benefits: At a population level, the observed differences in blood pressure would be associated with a 10% reduction in the prevalence of hypertension and a 7% to 10% reduction in the risk of heart disease and stroke.

Hodgson and colleagues noted that this study is the first to show that long-term consumption of black tea lowers blood pressure in people with normal to high-normal blood pressure. (Tufts research has previously shown a BP benefit from hibiscus tea; see the February 2009 newsletter.)

Jeffrey B. Blumberg, PhD, director of Tufts HNRCA Antioxidants Research Laboratory, comments, This study, while seemingly small, is fully powered and of a robust randomized-controlled trial design with appropriate dietary controls and placebo (with caffeine). The results, he adds, are directly relevant to public health.

Hodgson and colleagues suggested several ways in which black tea might influence blood pressure. Previous research has found that the polyphenols in tea can improve the function of the cells that line the interior of blood vessels. Other studies have linked these antioxidant compounds in tea to improvements in the condition of blood vessels as well as reductions in abdominal fat and body weight, which can affect blood pressure.