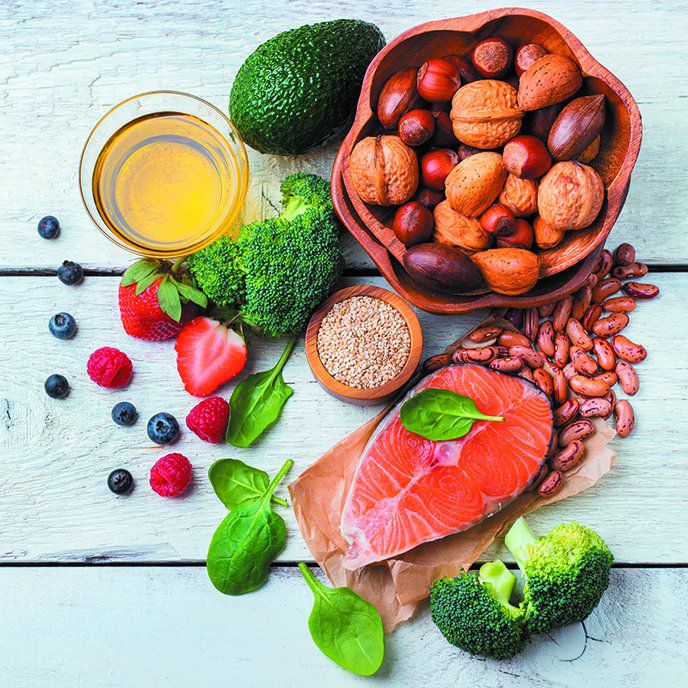 We’re often told to eat better to ward off risk of disease and dying early. In that effort, knowing which eating habits to focus on could be helpful. Findings from a new study in JAMA show the large potential impact of 10 dietary factors, above, on Americans’ risk of dying from heart disease, stroke or type 2 diabetes. These three conditions encompass the term cardiometabolic disease.

“Many Americans realize there’s something wrong with the food system that’s increasing their risk of disease,” says Renata Micha, PhD, RD, a research assistant professor at Tufts’ Friedman School and lead author of the JAMA study. “Our findings showed that increased intake of certain foods and not enough of others was associated with nearly half of all deaths in the US due to heart disease, stroke and diabetes. That amounts to about 320,000 deaths a year, which equals nearly 1,000 deaths each day.” Those are big numbers.

“While our findings are sobering, there is a major silver lining,” says Dariush Mozaffarian, MD, DrPH, the dean of Tufts’ Friedman School and senior author of the study. “The mortality burden was not only due to excess harmful foods, but also too few healthy foods. This is a positive message for the public, policy makers and food industry, including farmers, restaurants, retailers and food manufacturers: increase the good.”

The analysis also showed that cardiometabolic deaths associated with certain eating habits (including sugar-sweetened beverages, nuts/seeds and polyunsaturated fats) declined during the study time period, while they increased for others (particularly sodium). That’s because people improved some eating habits over time. However, further dietary strides are needed, especially in certain groups. Suboptimal eating habits were more common among men, younger adults, blacks, Hispanics and the less-educated.

To estimate how many cardiometabolic deaths in the US could be due to poor dietary habits, the researchers developed a method that used the best available national data on eating habits and disease deaths, in addition to updated evidence for how diet influences cardiometabolic disease, while controlling for other risk factors. The 10 dietary factors they looked at were deemed to have strong evidence for a cause-effect role in cardiometabolic disease. So, although the study findings can’t prove causality, their basis is well-established.

“Although there’s no quick fix when it comes to improving Americans’ eating habits, we now know where it is important to focus,” Micha says. To support this effort, she says continued nutrition research is needed to ensure the right dietary priorities are targeted. She also says progress will require changing public policy, engaging the food industry and making changes within the health care system.

What can you do? “Compare your eating habits to the dietary factors assessed in the study and decide where you could do better,” Mozaffarian says. “For example, could you eat omega-3-rich fish, such as salmon or trout, more often? Or, could you eat nuts or seeds instead of chips? Make small changes over time until your eating pattern is a closer match to the major food priorities identified in our analysis.”