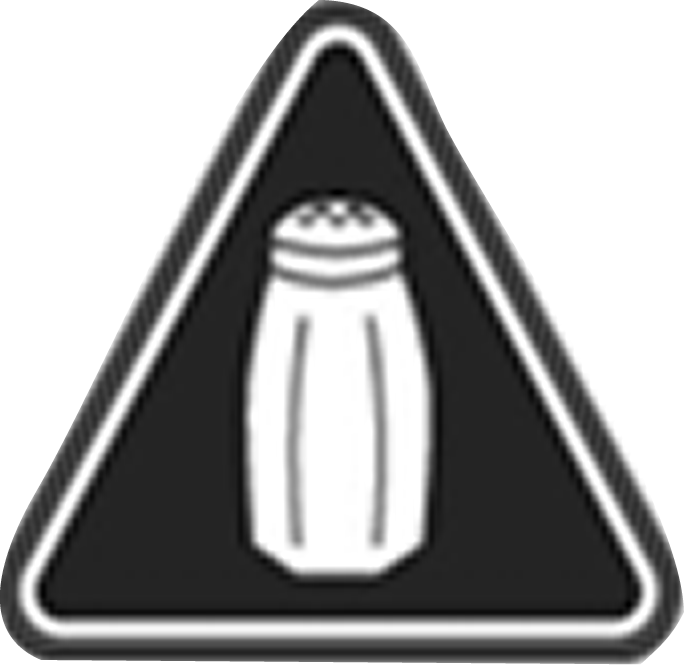 In New York City, Mayor Bill de Blasio unveiled a plan that would require many chain restaurants to attach a menu saltshaker icon (pictured) to any dish exceeding 2,300 milligrams of sodium—the entire day’s limit in a single meal. New York would become the first US city to adopt such a rule. Examples of dishes that exceed the 2,300-milligram level include Applebee’s chicken-fried steak (3,240 milligrams), TGI Fridays Jack Daniels Ribs (3,220 milligrams) and KFC’s Famous Bowl (2,350 milligrams). By setting the bar so high, however, some experts noted the cautionary icon would not be required for items that nonetheless contain more than half a day’s sodium, such as McDonald’s bacon and cheese quarter-pounder (1,380 milligrams) or Olive Garden’s Florentine Rollatini with Chicken (1,510 milligrams).