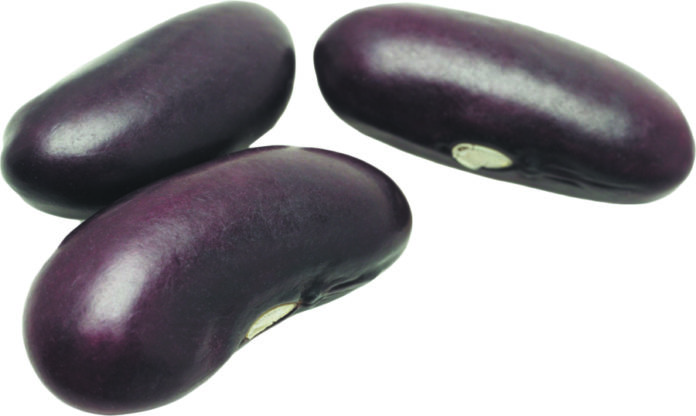 You already know beans are good for you: The Dietary Guidelines for Americans recommend that women consume 1 1/2 cups of beans and other legumes weekly, or 1 cup for ages 51-plus, and that men eat 2 cups a week, 1 1/2 cups after age 50. Moreover, beans and other legumes are the only type of food that the Guidelines promote in two different categories-as part of the Protein Foods Group (along with meats, poultry and fish) and as part of the Vegetable Group, because they are excellent sources of dietary fiber and nutrients such as folate and potassium.

But is one type of bean-black, navy, kidney, pinto and so forth-significantly healthier than the rest? Diane L. McKay, PhD, an assistant professor at Tufts Friedman School, says you can pick whichever most appeals to you, or mix and match according to your favorite recipes.

With regard to their nutrient content, the different types of beans are not very different from one another, she explains. That is, there are some slight variations, but overall they are quite similar to one another. Except for their sodium content, canned and drained beans also closely resemble their non-canned counterparts. (Note that rinsing the drained beans can reduce their sodium content by 50%.)

Botanically, black (turtle), kidney (red), navy (white), pinto, yellow, pink and anasazi beans are all members of the same species, Phaseolus vulgaris, or common bean. Like so many of our favorite foods, they originated in Central and South America and were brought to Europe in the 15th century by Spanish explorers. Today, the largest bean-producing countries are India and Brazil (where beans merit their own food group in the Brazilian Food Pyramid), followed by China.

PROTEIN PLUS FIBER: Whatever type of beans you prefer, says McKay, they are a nutritional powerhouse. Beans are a great source of plant protein (6-8.5 grams per 1/2-cup serving of cooked beans), which is encouraged by the 2010 Dietary Guidelines for Americans, as well as soluble fiber (5-9.5 grams total fiber per serving), which can help reduce your bodys cholesterol levels.

One 2007 clinical trial, for example, found that healthy participants who ate one daily cup of cooked beans reduced their total cholesterol levels by 8%. In another study, which followed more than 16,000 middle-aged men in the US and other countries for 25 years, those with the highest legume consumption, including beans, were 82% less likely to die of heart disease.

The fiber in beans may also help encourage healthy bacteria in the lower digestive tract, which could be a reason some research has linked bean consumption to lower risk of colon cancer. Beans combination of fiber plus protein also makes them a good choice for blood-sugar balance and regulation.

Eating beans can also help you get enough manganese, which is important to the bodys enzyme reactions, and thiamin (vitamin B1), which is required for the synthesis of acetylcholine. Thats a key neurotransmitter essential to the brains memory functions; low acetylcholine levels are associated with dementia and Alzheimers disease.

With regard to the phytochemicals in these commons beans, McKay notes, you will find some variation, but consuming a variety will ensure you are getting the different compounds that are available in beans.

These phytonutrients, which may have antioxidant and anti-inflammatory properties, include compounds responsible for beans different colors. Even black beans contain anthocyanins that give them their rich dark hue.
Are there any downsides to this healthy food? Beans digestive side effects are well known, earning them the nickname of the musical fruit. If youre cooking dried beans, you can minimize the flatulence-causing compounds (as well as those that lower nutritional availability), with little loss of other nutrients, by pre-soaking. (See box.)

Beans also contain purines, which gout sufferers may be told to avoid. Some studies, however, have suggested that purines in plant foods-unlike those in meat and fish-do not increase gout risk.