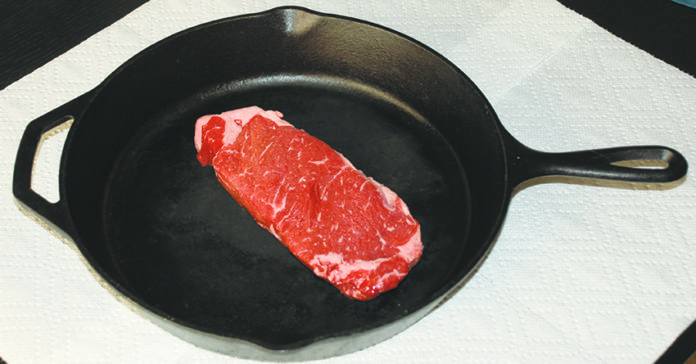 The most common nutrient deficiency in the United States and around the world is lack of adequate iron. But recent research indicates that getting too much iron could be a concern for older people at risk for age-related neurogenerative brain diseases, such as Alzheimers, Parkinsons and dementia. Higher brain levels of iron may be associated with greater risk for such conditions, suggesting that those with no history of anemia or other iron deficiency might want to watch their intake.

“Iron is a double-edged sword,” says Tufts Health & Nutrition Letter editor Irwin H. Rosenberg, MD. Dr. Rosenberg also directs Tufts HNRCA Nutrition and Neurocognition Laboratory. “Its one of the most common elements, and its critical for the synthesis of hemoglobin, which is the basis for the oxygen-carrying capacity of red blood cells. On the other hand, its highly reactive and can be damaging when the body has too much.”

Some people have genetic conditions that cause problems even with normal dietary intake of iron, Dr. Rosenberg adds. “But even for people without these genes, too much iron-as in therapeutic amounts-can be detrimental.There is some evidence that too much oxidation from iron can even damage cells in the brain.”

The body produces a special protein, ferritin, to bind and store excess iron. People with the highest ferritin levels, indicating greater amounts of iron in the body, have been found to be more likely to develop type 2 diabetes. Higher diabetes risk seems especially linked to intake of heme iron, the type in red blood cells, which is mostly consumed in beef and lamb.

IRON ON THE BRAIN: Whether a similar relationship exists for risk of brain dysfunction isnt as clear. A review of the evidence published last year in the British Journal of Nutrition found elevated iron levels in the brains of Alzheimers patients.There was no clear evidence, however, that depleting iron levels benefited cognitive performance in Alzheimers patients. The reviewers nonetheless concluded that older people not at risk of anemia should avoid diets high in iron, especially when also high in saturated fats.

A 2011 study found that women who had undergone a hysterectomy and thus didnt lose blood (and therefore iron) through menstruating had higher levels of iron in their brains. Its even been suggested that men might develop neurodegenerative brain disorders at a younger age than women because men dont regularly lose iron as premenopausal women do.

Elevated brain iron content has been observed in late-stage Alzheimers disease. In another 2011 study, using mice, an increase in brain iron was also found to correspond with the early stages of the amyloid plaque formation linked to Alzheimers. Researchers suggested that iron levels could be an early marker for the disease, signaling brain changes long before cognitive symptoms appear. Previous laboratory research has also shown that iron promotes the toxicity of the amyloid compounds involved in plaque formation.

ENOUGH, NOT TOO MUCH: While scientists sort out the evidence, what should you do? Ask your doctor. Although many older people are worried about iron deficiency and anemia, most Americans actually get plenty of iron from a balanced diet. Unless your doctor is concerned that youre at risk of anemia, you may want to cut back on any extra iron intake, such as from supplements. Most men and postmenopausal women who take a multivitamin should pick one with less than 10 milligrams of iron. Be aware, too, that many fortified cereals and “energy bars” contain lots of extra iron.

Reducing your intake of red meat-the number-one source of heme iron in the diet-is also a good idea regardless of concerns about brain iron levels. According to the federal dietary guidelines on protein, “most Americans eat enough food from this group, but need to make leaner and more varied selections of these foods.” Substitute plant protein sources, poultry and fish for red meat several times a week.

Some foods actually remove excess iron from the body (a process called “chelation”). These include green tea and curcumin, the key ingredient in the spice turmeric. You can also decrease the absorption of iron from foods by avoiding combining iron-rich foods with those high in vitamin C. Cooking in non-cast-iron pans can reduce extra iron intake, too.

If youre healthy, you can also reduce iron levels by donating blood. While protecting yourself from the possible risks of elevated iron, donating helps others and helps insure an adequate blood supply for surgeries and emergencies.