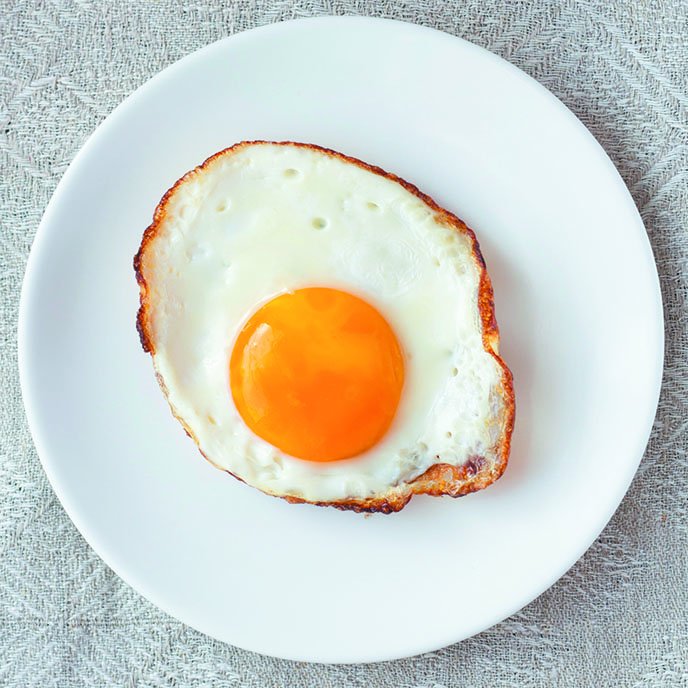 Yes, eggs are back on the menu, and not only is it OK to wash them down with a cup of coffee (watch the cream and sugar), it may even be good for you. On the other hand, you should cut down on added sugars. But those headlines from the recently released report of the Dietary Guidelines Advisory Committee (DGAC) aren’t the most important takeaway from the every-five-years review of scientific evidence. That should be the importance of a healthy overall dietary pattern.

Tufts professor Alice H. Lichtenstein, DSc, who served as vice-chair of the committee, also warns not to confuse the experts’ report with the official Dietary Guidelines for Americans. “The committee was tasked with writing a report that summarized the scientific evidence for use by the secretaries of agriculture and health and human services to formulate the 2015 Dietary Guidelines,” she explains. “Our task was not to make recommendations, but to identify critical issues and present the data on the topic.”

Lichtenstein and a fellow professor at Tufts’ Friedman School, Miriam Nelson, PhD, have been meeting with 12 colleagues since June 2013 to develop the report. Tufts’ Tim Griffin also served as a consultant to the committee on sustainability. The US Department of Agriculture and Department of Health and Human Services are expected to follow up on their work by issuing the updated official Dietary Guidelines by year’s end.

Given the caveat that the experts’ 571-page report isn’t the last word, what would these nutrition experts like you to know about the latest evidence? Here are five key points:

According to the report, a “healthy dietary pattern is higher in vegetables, fruits, whole grains, low- or nonfat dairy, seafood, legumes and nuts, moderate in alcohol (among adults), lower in red and processed meats, and low in sugar-sweetened foods and drinks and refined grains.” Such patterns can include anything from the so-called Mediterranean diet to a vegetarian diet. And the emphasis is no longer on amount of total fat, but rather the type of fat in your diet: Limit foods high in saturated fat such as meat and whole dairy while choosing foods high in polyunsaturated fat such as soybean and corn oils.

2. Cholesterol in foods is not the main culprit in unhealthy blood cholesterol—saturated fat is. This section of the DGAC report garnered the most headlines—along with gripes about scientists changing their minds (“Scientists Get Egg on Their Faces”). But, as readers of this newsletter know, it’s actually an evolutionary change, not a revolution. In dropping limits on dietary cholesterol for most people, the committee followed the lead of the American Heart Association, which took a similar step in late 2013. The cholesterol in foods like eggs and shrimp is different from the LDL cholesterol in your blood that contributes to heart disease.

The former advice to limit cholesterol to 300 milligrams a day—less than the amount in two eggs—was 55 years old. “We make recommendations based on the best evidence available at the time, but the evidence changes,” Lichtenstein says. “The major focus needs to be replacing saturated fat with polyunsaturated fat, as in liquid vegetable oils. Cholesterol in food is just not a major factor.”

3. Drinking coffee is safe and may even be good for you. In a first, the committee addressed safety concerns about coffee, concluding that drinking three to five cups a day (up to about 400 milligrams of caffeine) was associated with minimal health risks. The experts also noted observational studies indicating that coffee intake is associated with lower risk of type 2 diabetes and cardiovascular disease.

“We saw that coffee has a lot of possible health benefits,” says Tufts’ Nelson. “Specifically when you’re drinking more than a couple of cups a day.” (Pregnant women should stop at two cups a day.)

That doesn’t mean you should start drinking coffee if you’re not already doing so, Lichtenstein adds. And the green light for coffee doesn’t include lots of cream and sugar or caramel macchiatos. Since it’s not known whether the potential benefits are due to the caffeine or to phytochemicals in coffee, chugging caffeine-laced drinks such as “energy drinks” is not recommended.

4. Cut down on added sugars. “The data on the adverse health effects of added sugars has been accumulating,” says Lichtenstein. “There is no benefit from a high level of intake and there are risks.” For the first time, the committee recommended limiting added sugars to no more than 10% of daily calories, endorsing the FDA’s recent proposal to break out added sugars in Nutrition Facts labels.

Americans now average about 13% of calories from added sugar. “That 10% recommendation is a target within reach,” says Nelson.

Sugared soft drinks are an obvious place to start cutting back, with candy and sugar-sweetened baked products next. The experts recommended switching from sodas to water, although they noted that aspartame, one of the most popular sugar-substitutes in diet sodas, appears safe at typical consumption levels.

5. Eating more plants is better for you and the planet. Also for the first time, the committee addressed concerns about sustainability. A diet that emphasizes more plant foods and less meat is “more health promoting and is associated with less environmental impact,” the report said. Eating some lean meat is still OK, as is sustainably-sourced seafood—the latter an example, Lichtenstein notes, of how environmental and nutrition concerns can be addressed together.

Nelson adds, “We need to start thinking about what’s sustainable. Other countries have already started including sustainability in their recommendations. We should be doing it, too.”

The committee reiterated previous recommendations about the benefits of physical activity and the need to limit saturated fat, trans fat and sodium. It found that Americans are still falling short on vitamin D, calcium, fiber and potassium, plus iron among adolescent and premenopausal females. You can read the full report online at <www.health.gov/dietaryguidelines/2015-scientific-report>.

In the DGACs recommendation to drop long-standing limits on dietary cholesterol consumption, it did not put a number on eating eggsa top source of cholesterol from food, with 185 milligrams in one large egg. Most experts say its fine to eat an egg a day, unless your physician advises otherwise. (A few people are hyper-responders to dietary cholesterol and need tighter limits.) Eggs are a good, inexpensive source of protein, with six grams in one large egg and just 70 calories. But dont read the change as an excuse to binge on eggs, which do contain 1.5 grams of saturated fat each and are often served with saturated-fat-laden bacon, cheese and butter.