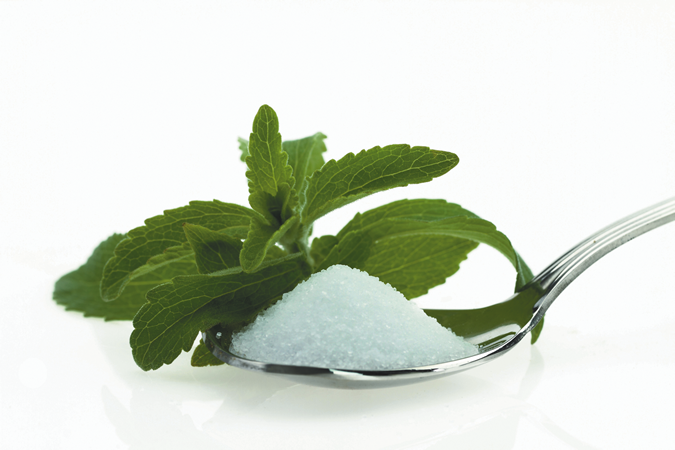 A. Judith C. Thalheimer, RDN, LDN, managing editor of Tufts Health & Nutrition Letter, answers: “A table in our September 2019 Special Supplement, Sugar Substitutes: Helpful or Harmful, indicated that a safe intake limit for Stevia is considered to be around nine packets a day, while it would take more than 45 packets of saccharin (Sweet’N Low, Sweet Twin, Necta Sweet) to pass the daily safe intake limit. This does not, however, necessarily mean that saccharin is a better choice than Stevia. (Confusing, I know.) In general, these numbers reflect the state of research on these two sugar substitutes.

“Saccharin has been used in foods since the early 1900s. It is an artificial (man-made) sweetener. Based on decades of research, the Food and Drug Administration (FDA) has set an Acceptable Daily Intake (ADI) level for saccharin. The ADI is the maximum amount of a food additive that can be safely consumed on a daily basis over a person’s lifetime without any adverse effects. The ADI and the amount equivalent to it will vary depending on a person’s weight and the high-intensity sweetener (those 45 packets are actually for a person who weighs around 130 pounds). No one is suggesting that consuming 45 packets of saccharin a day is a good idea! Anyone consuming high levels of saccharin cannot possibly be following a healthy dietary pattern. The ADI simply makes clear that research indicates saccharin is safe. [In the early 1970s, studies linked saccharin to bladder cancer in rats, and a warning label was added to all products containing saccharin. Since then, more than 30 follow-up studies have determined that the results in rats don’t apply to humans. The warning label was removed in 2000.]

“Stevia is a chemical extracted from the stevia plant and relatively new to the sugar-substitute market. The FDA has only approved steviol glycoside extracts for human consumption; leaves and crude extracts from these plants are not considered safe to consume. Because they are natural, steviol glycosides are in the FDAs GRAS (Generally Recognized as Safe) category and do not have an ADI like saccharin. It is quite possible that more than nine packets a day would be safe to consume, but there is not yet data to prove safety beyond that level. Again, such high levels of sugar substitute intake most likely indicate less-than-desirable dietary intake.

“Getting one’s sweet fix from fruits and sweet veggies like carrots, sweet potatoes, and bell peppers (and the occasional square of dark chocolate) with very limited intake of sweet beverages and highly processed foods likely to have added sugar, saccharin, or Stevia, is the healthy way to go.”