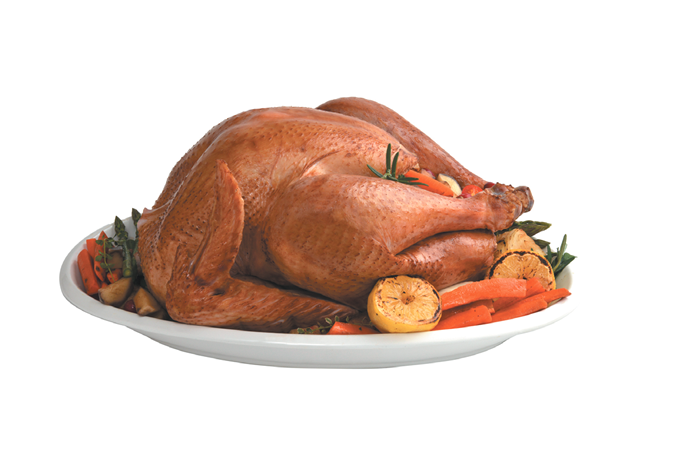 A. Judith C. Thalheimer, RD, LDN, managing editor of Tufts Health & Nutrition Letter, answers: “When you pass out on the couch after a big Thanksgiving meal, don’t blame the turkey. Turkey has a reputation for making us sleepy because it contains relatively high levels of the amino acid tryptophan (which is also found in other poultry, as well as many other foods, including meat, cheese, yogurt, fish, and eggs). One of the ways the body uses tryptophan is to make the neurotransmitter serotonin. Serotonin is associated with feelings of happiness and calm, and is a precursor to melatonin, a hormone that helps to control our sleep/wake cycles. But the fact is, not a lot of turkey tryptophan is really being converted to serotonin in the brain, and hence, it is unlikely to make much of an impact on melatonin levels—no matter how big a serving you eat.

“The size of the meal is a much more likely culprit in the common post-Thanksgiving feast collapse. Several factors, such as stretching of the small intestines and protein-fat loading of the stomach have been associated with increased sleepiness. More blood going to the gastrointestinal tract could also play a role, as it leaves less for the muscles and the brain. Carb-rich sides and desserts, staying up late the night before cooking or visiting with guests, and alcohol, have been implicated as well. Clearly there is plenty of blame to go around—so don’t pin it all on the poor turkey.”