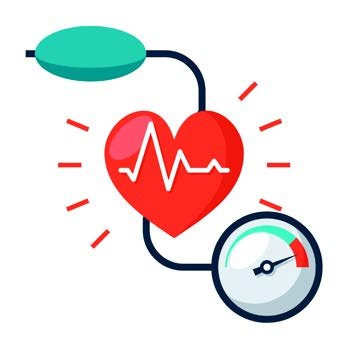 Black men and women had one and a half to two times higher risk for hypertension (high blood pressure) compared to white men and women, according to the CARDIA (Coronary Artery Risk Development in Young Adults) study recently published in the Journal of the American Heart Association. This large cohort study collected data from 3,890 participants over a 30-year period. The participants were followed beginning at age 18 to 30 until the age of 55, by which point 75 percent of black men and women had developed hypertension, compared to 55 percent of white men and 40 percent of white women. A higher body mass index was associated with higher rates of hypertension among all study participants. Following a DASH (Dietary Approaches to Stop Hypertension) diet and higher levels of physical fitness were associated with lower risk for hypertension in both blacks and whites. The DASH diet emphasizes reduced sodium intake and encourages increased intake of fruits, vegetables, and whole grains, as well as low-fat dairy products, legumes, fish, and poultry. Making modifications to diet and increasing physical activity are both associated with improved health, including a reduced risk for developing hypertension.