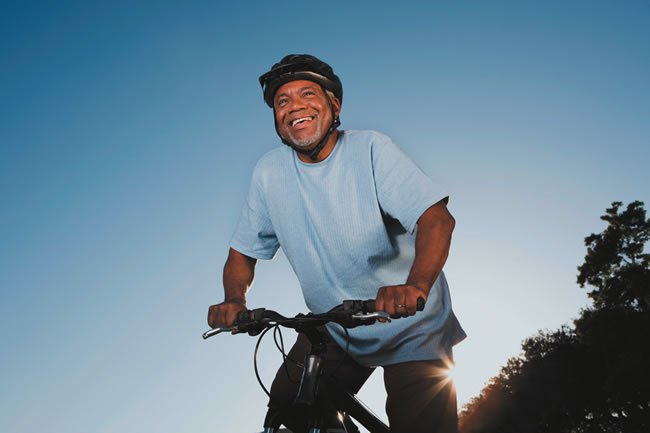 But there’s good news for people with hypertension or at risk for the condition. Dietary and other lifestyle changes can help bring those numbers down, alone or in combination with medication, as your physician advises.
“The relationship between diet and blood pressure, beyond salt, has been largely underexplored,” says Alice H. Lichtenstein, DSc, director of Tufts’ HNRCA Cardiovascular Nutrition Laboratory. “We are now learning more about it. Having said that adding something to the diet is not a good approach to lowering blood pressure, substituting, such as salt substitutes for salt or perhaps increasing protein at the expense of refined carbohydrate, is reasonable.

“There is likely to be a fair amount of heterogeneity in response,” Lichtenstein adds. “Trying something is fine, but be certain to let your doctor know and try to have the change evaluated as to whether it works.”

Several recent studies have put possible tools to control high blood pressure to the test. The findings point to further ways to take control of your hypertension, or to avoid developing high blood pressure in the first place. (Consult with your healthcare professional before beginning any new regimen.)

SALT SUBSTITUTES: If you’re worried about high blood pressure, you may have wondered about salt substitutes, since the sodium in salt is a key culprit in hypertension. Blending potassium chloride and magnesium sulfate with regular salt (sodium chloride), these substitutes replace the contents of your salt shaker at the table and in the kitchen. But do they really help reduce blood pressure?

A new meta-analysis of five studies totaling 1,974 participants answers a qualified yes. Chinese researchers, writing in the American Journal of Clinical Nutrition, calculated that participants who used salt substitutes for six months to two years had lower systolic blood pressure than those sticking to sodium chloride. The difference was 4.9 mmHg, and was accompanied by an average 1.5 mmHg lower diastolic blood pressure.

Those findings were more positive than the mixed results from studies of salt substitutes when the products were introduced in the 1980s. The difference might be due to the fact that four of the five studies in the new meta-analysis were conducted in China, where salt added in home cooking or at the table accounts for 75% of sodium intake. In nations like the US, it’s estimated that 80% of the sodium in the diet comes from processed, packaged and restaurant foods, rather than being added by consumers from the salt shaker. So the potential benefits of salt substitutes for most Americans are far less.

Says Tuft’s Lichtenstein, “However, for those individuals who prepare their own food or purchase low sodium versions of prepared items and are tempted to add salt, salt substitutes might be a good option.”

The takeaway? Yes, salt substitutes can help you control your blood pressure—but only if you also switch to more home cooking, from scratch, so you’re in control of your sodium sources.

“This is yet another reason to program food preparation time into your day,” says Lichtenstein.

EXERCISE LOWERS BP “AGE”: Exercise has long been recommended as a lifestyle tool against high blood pressure, but a new study suggests that keeping active may actually help slow down the “clock” that typically boosts blood pressure as you age. University of South Carolina scientists and colleagues analyzed data on almost 14,000 men initially without high blood pressure. The men, ages 20 to 60, were categorized by fitness level using baseline treadmill tests and then were followed, with periodic medical examinations, for 36 years.

Average blood pressure rose steadily with age, but sharply less so for the fittest participants. Men with the lowest level of fitness reached a systolic blood pressure of at least 120 mmHg at age 46 years, while their fittest peers didn’t hit that mark until age 54 years on average. The least-fit group hit or passed a diastolic pressure of 80 mmHg at age 42 years, while the fittest men kept their diastolic pressure below that level into their 90s.

Publishing their results in the Journal of the American College of Cardiology, researchers concluded, “Our findings underscore the potential modifying effect of fitness on blood-pressure trajectory with aging over the male lifespan.

PROTEIN POWER: Experts say most Americans already get plenty of protein, but an intriguing study published in the American Journal of Hypertension suggests that more may be better—at least when it comes to preventing hypertension. Boston University scientists followed 1,361 healthy, middle-aged (30-54 years old) men and women participating in the Framingham Offspring Study. Over an average 11.3 years, those in the highest one-third of protein intake were 40% less likely to develop high blood pressure than those consuming the least. The high-protein group averaged 102 grams of protein a day, more than double the Daily Value.

Higher protein intake was also associated with lower average systolic and diastolic blood pressure. The link between protein and blood pressure was observed in men as well as women, and in normal and overweight individuals. People who combined a high-protein diet with high fiber intake were at even lower risk (59% less) of developing hypertension.

The source of the protein—animal or plant—did not appear to make a difference. It’s possible, researchers speculated, that people who eat more protein consume a healthier diet overall, or the protein may take the place of other, less-healthy foods. Amino acids in proteins might also help control blood pressure by dilating blood vessels, they suggested. Because this was an observational study, however, the data can’t prove a cause-and-effect connection.

FLAXSEED FACTS: In findings published in the journal Hypertension, Canadian researchers report that a daily dose of flaxseed might reduce high blood pressure. Researchers conducted a clinical trial in 110 patients with peripheral artery disease (PAD), in which arteries to the extremities become blocked; three-quarters of participants also had hypertension. About half the participants received 30 grams of milled flaxseed (the equivalent of three heaping tablespoons) daily, mixed into foods that were specially prepared for the study, such as muffins, buns, bagels and pasta.

After six months, those randomly assigned to the flaxseed-enriched diet saw significantly lower blood-pressure readings. On average, their systolic pressure (the top number) dropped 10 mmHg, while diastolic pressure (the bottom number) fell 7 mmHg. Those changes, researchers noted, were superior to other dietary interventions and similar to what is often achieved by prescription medication: “It’s at least as good as any medication on the market.”

Flaxseeds are an excellent source of the plant omega-3, alpha-linolenic acid, and contain fiber and antioxidants. Flaxseeds are also the richest food source of lignans, a fiber-like polyphenol compound. But researchers said it wasn’t clear which nutrients were responsible for the blood-pressure benefit. They speculated that biologically active compounds in flaxseed inhibit an enzyme that occurs naturally in the body, in turn affecting blood pressure.

Before adding flaxseed to your diet, keep in mind that flaxseeds also contain calories—about 55 per tablespoon, or 160 in 30 grams. Rather than adding to your diet, substitute them for less health-promoting foods, such as refined grains.

Behind The Numbers
Take Charge!