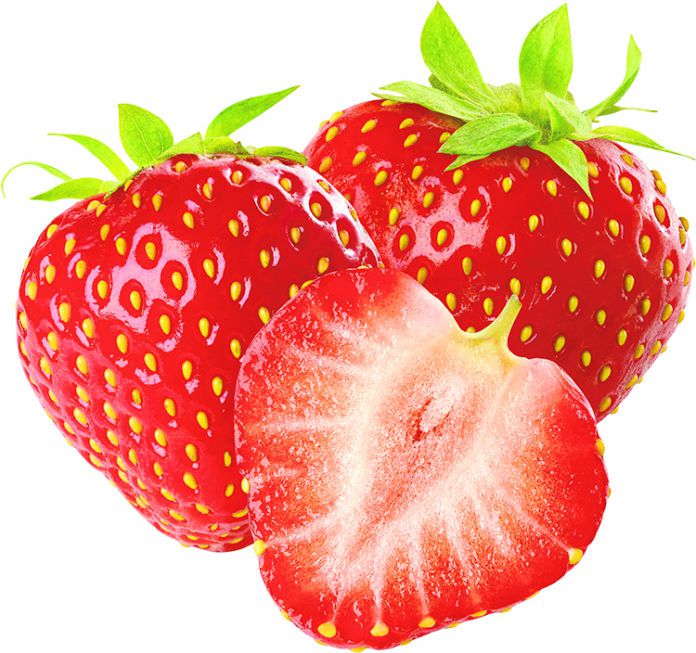 With blueberries and more exotic fruits like aai getting so much press, its easy to overlook the health benefits of the good old strawberry. Though botanically not a true berry-the plant is a member of the rose family-strawberries are the worlds most popular berry, with Americans annu-ally consuming about 6.5 pounds of fresh strawberries per capita. Various scoring systems have put strawberries fourth among all fruits in antioxidant content or even third among all foods, once typical serving size is taken into account.

Diane McKay, PhD, a scientist in Tufts HNRCA Antioxidant Nutrition Laboratory, says, Theres no doubt strawberries are antioxidant-rich, no matter how you measure it.

HEART NEWS: The latest good news about strawberrys health benefits, appropriate-ly for this heart-shaped fruit, is that they may reduce the risk of heart attacks. The Nurses Health Study II followed about 93,600 women, ages 25 to 42, for 18 years, during which the women completed detailed dietary questionnaires at regular intervals. Participants suffered 405 heart attacks-a relatively low rate, but not surprising given their age. As recent-ly reported in the journal Circulation, women who ate the most strawberries and blueberries-three or more com-bined servings a week-were 34% less likely to suffer such an early heart attack. The berry eaters were at significantly lower risk than women who consumed a lot of other fruits and vegetables, but not berries. And the positive association held even after the results were adjusted for other risk factors for heart attack.

Researchers speculated that the berry benefits derived in part from antho-cyanins, a type of natural antioxidant compound called flavonoids that give strawberries their bright red color. Previ-ous studies have linked anthocyanins to improved blood-vessel function and lower blood pressure. The anthocyanins and other phytochemicals in strawberries may also lower levels of C-reactive protein (CRP), a marker for inflammation thats associated with cardiovascular risk.

NUTRIENT RICH: Strawberries are also ex-cellent sources of more familiar nutrients. They actually top the charts on vitamin C content, with just one cup (about eight strawberries) containing more vitamin C than a whole medium orange-about 140% of the daily value (DV). That means strawberries could be good for your joints: Vitamin C plays a key role in the forma-tion of the major components of cartilage, collagen and proteoglycans. (See this issues Special Supplement.)A cup of strawber-ries delivers more than a quarter of your daily manganese. An essential nutrient that must be obtained from the diet, manganese helps the body process cholesterol, car-bohydrates and protein. Its believed to also be involved in bone formation.

Strawberries are relatively good sources of folate, potassium and dietary fiber. That fiber-about three grams per cup-helps put strawberries low on the glycemic index (a measure of how rapidly the body turns food into blood sugar), despite their high sugar content.

Those antioxidants in strawberries, notably a lesser-known polyphenol compound called ellagic acid, may help regulate blood-sugar response, too. These strawberry polyphenols can block the activity of an enzyme that breaks up starches into simple sugars. One study also found that strawberries actually reduced the blood-sugar spike caused by consuming table sugar. Several studies have linked strawberry intake-at least two or three servings a week-to reduced risk of type 2 diabetes.

FEEDING YOUR BRAIN: Strawberries may also be brain food. In a Tufts study led by Barbara Shukitt-Hale, PhD, strawber-ry extracts improved cognitive and mem-ory function in rats. For two months, 60 laboratory rats were fed a diet of standard feed, feed with blueberry extract equal to that of a daily one-cup portion for humans, or feed with strawberry extract equal to a daily one-pint bowlful. Half the rats in each group were then chemi-cally treated to induce aging. Compared to the rats on standard feed, the supple-mented rats performed better in cogni-tive tests of learning and memory.

In a separate review of the scientific evidence, Shukitt-Hale and Marshall G. Miller of Tufts HNRCA Neuroscience and Aging Laboratory concluded, A growing body of preclinical and clini-cal research has identified neurological benefits associated with the consumption of berry fruits. In addition to their now well-known antioxidant effects, dietary supplementation with berry fruits also has direct effects on the brain. Intake of these fruits may help to prevent age-related neurodegeneration and resulting changes in cognitive and motor function.