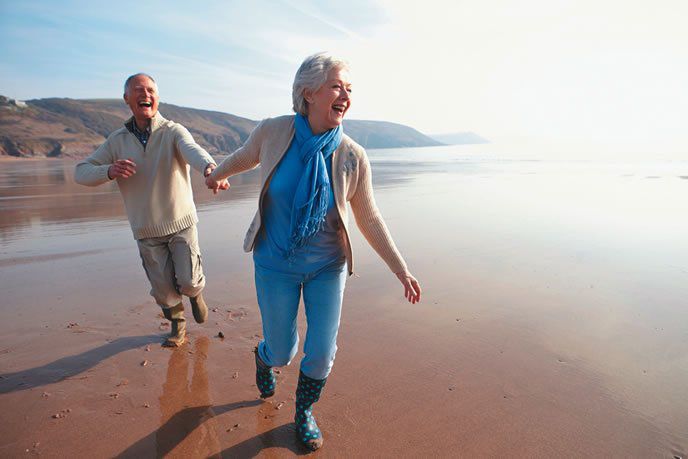 Physical activity helps preserve mobility and motor skills as you age—and not just by keeping your muscles in shape. A new study suggests that activity also maintains mobility by protecting your brain. Even in people with signs of brain aging called white matter hyperintensities (WMH) associated with movement issues, being more active seemed to allow the brain to compensate.

Tammy Scott, PhD, a scientist at Tufts’ HNRCA Neuroscience and Aging Laboratory, says of the findings, “Although the study cannot determine causality because of its cross-sectional design, their results are consistent with a number of other studies that have shown that increased physical activity protects mobility.”

BRAIN SPOTS AND MOBILITY: The study, published in the journal Neurology, subjected 167 people without dementia, ages 60 to 96, to a battery of tests. They had MRI scans of their brains, wore activity monitors for up to 11 full days, and underwent 11 motor-performance tests, such as grip strength, finger tapping and lower-body function.

The brain scans revealed that many participants had WMHs, spots that are common in the brains of older people and that have been associated with impaired motor function as well as risk of cognitive decline and stroke. There was no association between activity level and frequency of these spots. But people who were more active saw fewer effects on movement and mobility from the WMHs.

Among the most active group, who walked or engaged in similar activity for 90 minutes more each day than the average, the volume of WMHs did not predict motor function at all. For those in the middle of activity and especially the least active, greater WMHs were associated with poorer function.

WORKOUTS FOR RESILIENCE: Lead author Debra A. Fleischman, PhD, of Rush University, said the findings suggest that exercise might help make the brain’s neural networks more resilient. She speculated, “Physical activity may create a ‘reserve’ that protects motor abilities against the effects of age-related brain damage.”

The findings are limited because the study design can’t prove cause and effect and the results represent a single point in time. Participants will undergo followup scans, however, to allow scientists to look for long-term connections between physical activity, brain health and motor function.

“I think the important message,” Fleischman added, “and the one that I give to my patients, is that they do not have to be marathon runners to maintain cognitive and motor function through physical activity as they age.”