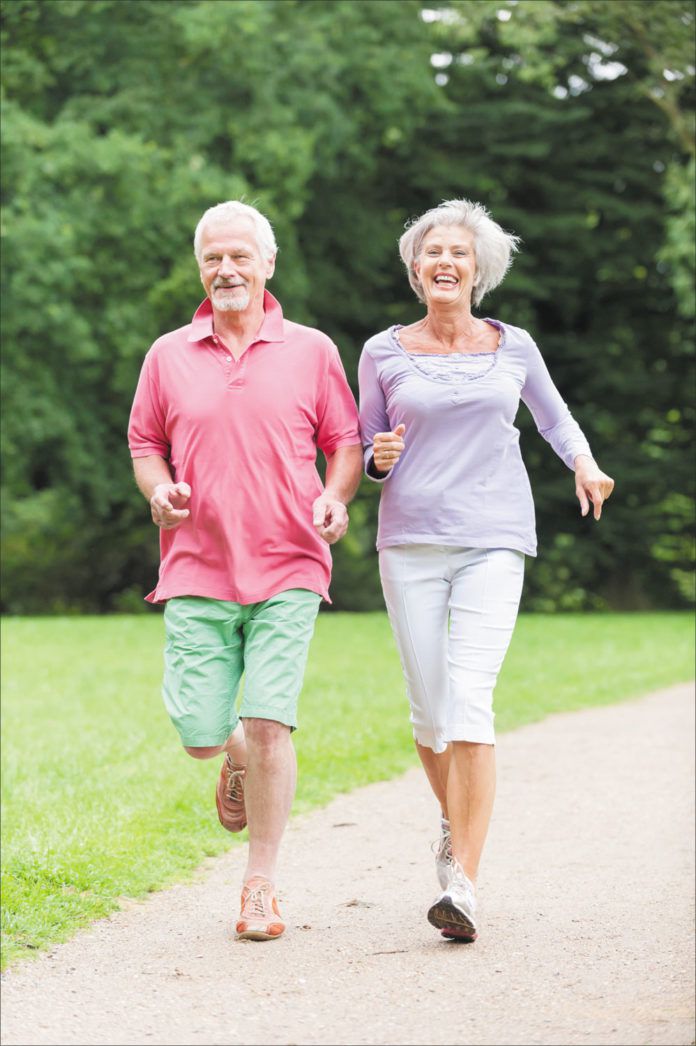 Another study has shown that aerobic activity, such as brisk walking, boosts your brain-actually increasing the size of the hippocampus, a key part of the inner brain involved in forming, storing and processing memory. When compared to an earlier study of cognitively healthy older adults, moreover, the findings suggest that aerobic exercise offers greatest benefits to those who need it most: people with mild cognitive impairment (MCI), often a precursor to Alzheimers disease.

While the findings from these studies showed a greater benefit of aerobic exercise in individuals with MCI, a number of previous studies have provided evidence that regular exercise decreases the risk for cognitive decline over time, says Tammy Scott, PhD, a scientist at Tufts HNRCA Neuroscience and Aging Laboratory. The results from these current studies shouldnt be taken as an excuse to wait to start an exercise program.

BRAIN BUILDING:The new findings, published in the British Journal of Sports Medicine, analyzed data from the earlier Exercise for Cognition and Everyday Living (EXCEL) trial. This secondary analysis, which researchers said was the first of its kind, looked at 86 women, ages 70 to 80, already suffering MCI.

Participants were divided into three groups for a six-month study period: One group engaged in a twice-weekly aerobic walking program, designed to increase in intensity to 70% to 80% of each individuals age-specific target heart rate. (See box.) A second group was assigned to a resistance-training regimen, while a control group did only balance and stretching activities. MRI scans were used to assess changes in brain volume.

AEROBICS VS. AGING:Researchers Teresa Liu-Ambrose, PhD, of the University of British Columbia, and colleagues commented on their results: With respect to dementia risk, the hippocampus is a brain structure of intense interest. The hippocampus is sensitive to aging effects and significant hippocampal atrophy is a hallmark of [Alzheimers disease]. Thus, understanding the effect of exercise on the hippocampus will increase our appreciation of the role exercise may play in dementia prevention.

They noted that the increases in hippocampal volume among those with MCI were double that observed in a previous study of cognitively healthy older adults. In that study, participants were assigned to a 12-month, three-times-weekly aerobic exercise regimen.

Liu-Ambrose noted that the comparison seems to suggest that the degree of benefit, in terms of brain structure, might be greater in people with early cognitive impairment than in healthy older people. In an interview, she added, The relationship between physical activity and brain health is pretty robust and has been demonstrated in healthy older adults, but we havent known much about its impact in people with MCI who have the greatest risk for dementia.